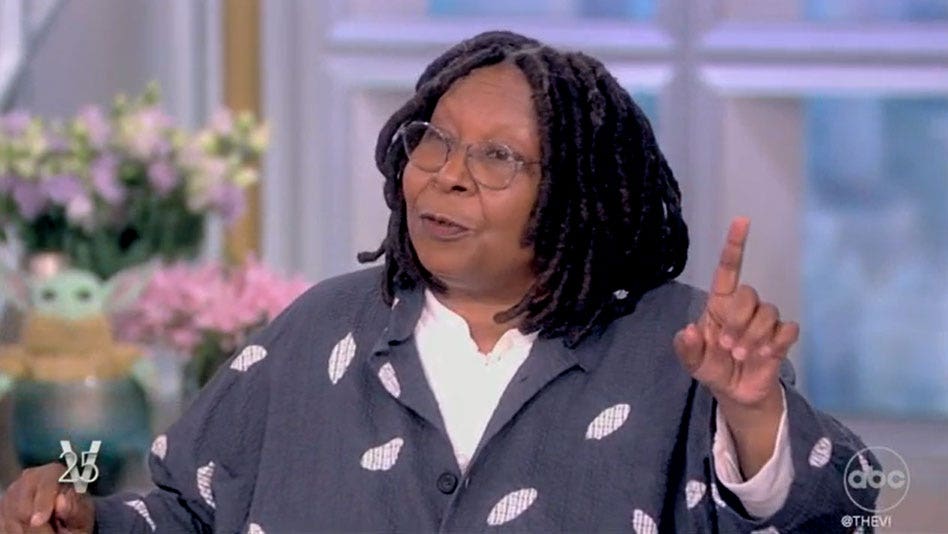 During her appearance, Conway seemingly struck a nerve with some audience members while making a jab at President Biden that he was “stuck in the basement” throughout the 2020 presidential election.

Co-host Sunny Hostin had asked Conway if she would agree that former President Trump lost both the popular vote and the Electoral College vote in 2020.

‘THE VIEW’ HOSTS RAIL AGAINST CATHOLICS WHO SUPPORT DEATH PENALTY: ‘HYPOCRISY IS IN THE CHURCH TOO’

“It’s pretty obvious that Joe Biden is the president. I can’t believe we’re still talking about this, respectfully,” Conway responded, leading the co-hosts to begin talking over each other.

Speaking over them, Conway described how she was “the closest person” to Trump to tell him that he “came up short.”

“It broke my heart. I wanted him to get re-elected,” Conway said. “I only wish that the people who were in charge of his 2020 campaign, with the 1.4 billion dollars that they wasted, had won outright and overwhelmingly. He should have won huge.”

“He had all these accomplishments, he’s running against a guy stuck in the basement, and you’re in the middle of the pandemic –” she added, getting cut off as the audience began to boo and Hostin attempted to interrupt

Goldberg halted the conversation and turned towards the audience.

“Let me do something before you say anything else. Listen, this is ‘The View,’ and this is her view, and she’s talking about how she feels and what she knows. Please don’t boo her,” Goldberg said, as the audience began to clap.