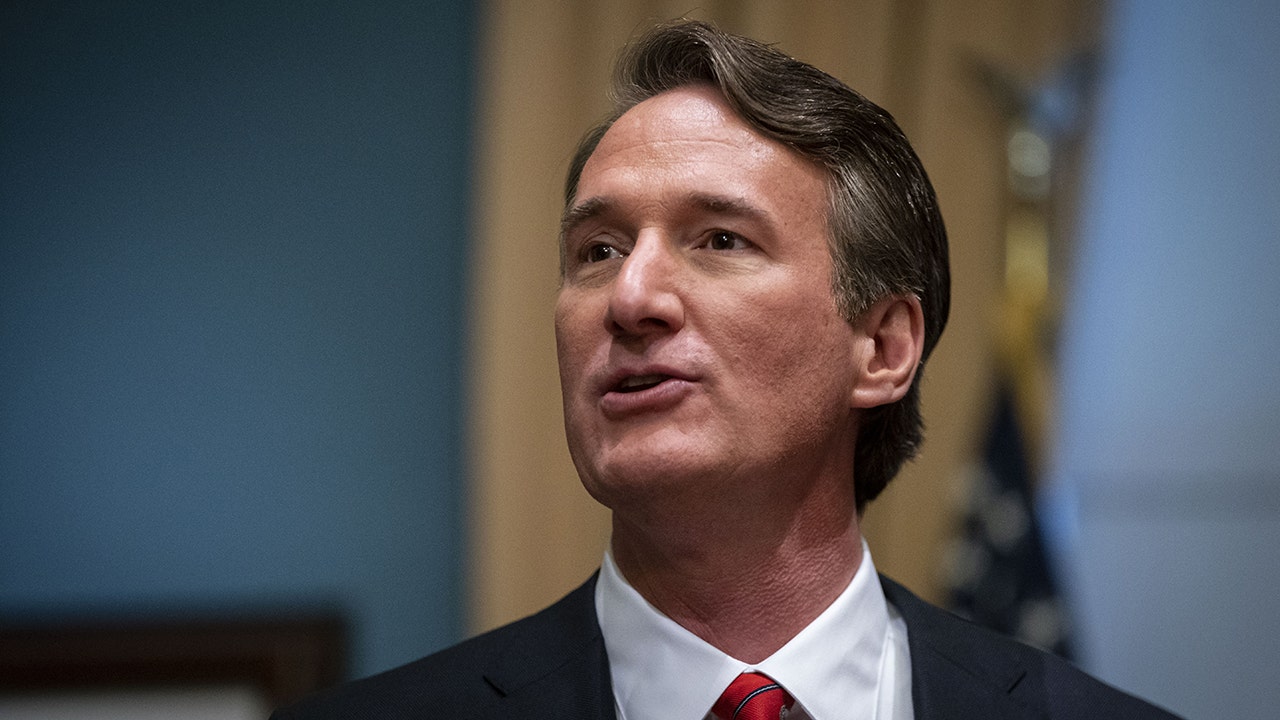 The Republican was pressed by “CBS Mornings” hosts Gayle King and Nate Burleson over the 2020 presidential election and the Jan. 6 House Committee hearings before he called out the media’s priorities.

Glenn Youngkin, governor of Virginia, speaks prior to signing executive actions in the Virginia State Capitol in Richmond, Virginia, U.S., on Saturday, Jan. 15, 2022. Youngkin, former co-CEO of the Carlyle Group Inc., is the first Republican elected to the office since 2009.
(Photographer: Al Drago/Bloomberg via Getty Images)

King defended the media’s coverage. “We’re all talking about that, governor,” she said, but added it was important to get an accurate record of what happened that day. She suggested the issue would hurt his party in the upcoming elections.

“Do you think it’s hurting your Republican Party?” she asked.

But Youngkin claimed the media was more focused on it than voters were, citing how viewership has plummeted for the daytime hearings.

“I think the media cares a lot more about this than — the people do. And we can tell. There’s primetime coverage, and candidly not many people are watching it,” he said.

An image of Ivanka Trump is seen on a screen as the House select committee investigating the Jan. 6 attack on the U.S. Capitol holds its first public hearing to reveal the findings of a year-long investigation, on Capitol Hill in Washington, U.S., June 9, 2022.
(Mandel Ngan/Pool via REUTERS)

POLITICO REPORTER: TWO DEMOCRATIC LAWMAKERS TOLD ME ‘NOBODY GIVES A BLEEP ABOUT JANUARY 6’

After fellow host Nate Burleson confronted Youngkin again about Republicans who denied the 2020 election results, the Virginia governor called out the media’s “disconnect” with Americans’ concerns.

“I believe that there is a big focus by the media on this that is really disconnected with what the average Virginian and the average American is most focused on. These kitchen table issues are real,” he said, noting how the average income family’s costs for basic needs has skyrocketed.

While reports show Democrats hope the hearings will help them in the midterm elections, polls reveal the economy remains a top worry for voters.

The Problem for your Family Poll
(Fox News)

A Fox News poll from June found voters trust Republicans to handle crime and the economy better than Democrats. Most voters said gas prices, grocery prices, utility costs and health care costs were a “major” problem for their family.

Kristine Parks is an associate editor for Fox News Digital. Story tips can be sent to [email protected]