The View’s Alyssa Farah Griffin suggests show hostile to women: Can’t ‘get in a word without you attacking me’ 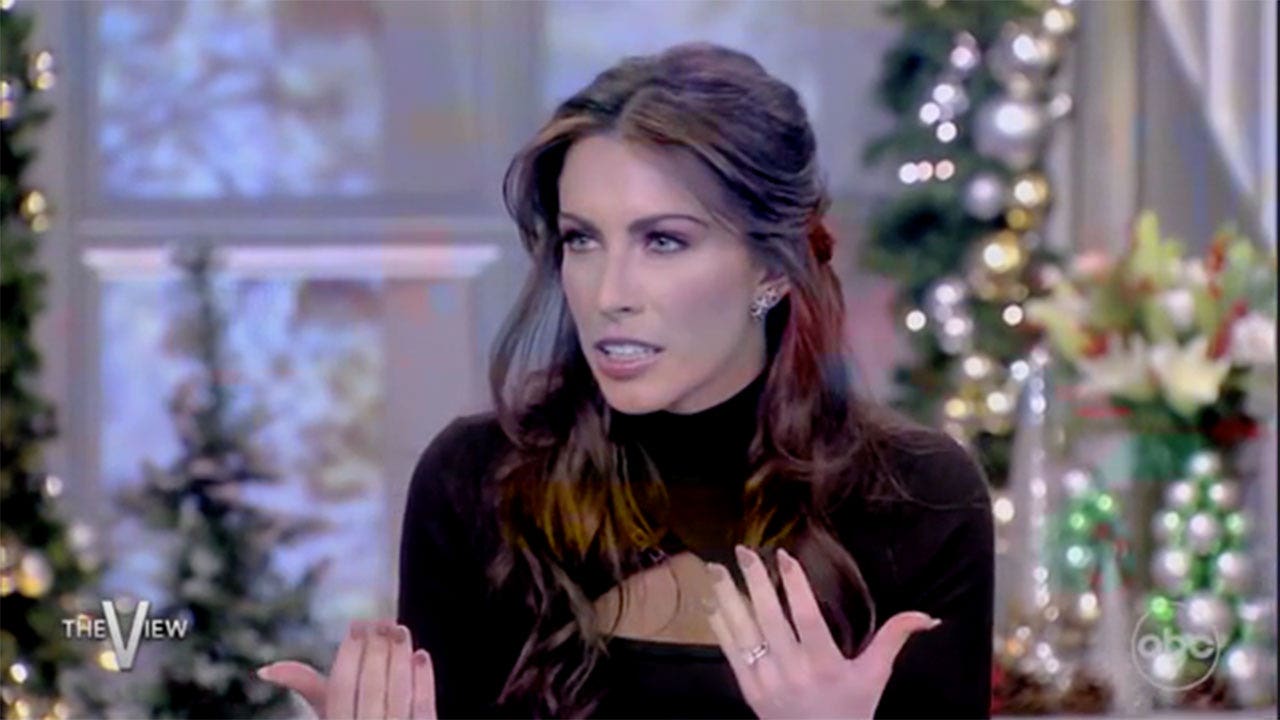 “The View” host Alyssa Farah Griffin said Monday that she can’t get in a word in with her co-hosts without being attacked as they debated the idea of “toxic femininity.”

Farah Griffin said she believed women could be each other’s worst enemies and added that her worst bosses and some of her worst colleagues have been women.

“That’s what happens when you work with Kellyanne Conway,” co-host Ana Navarro interjected.

“I mean – well, I can’t really get a word in without you attacking me so I wouldn’t say this is a totally different – this isn’t like a totally different environment of women supporting each other, but Madeleine Albright always said there’s a special place in hell for women who don’t help and support other women. And that’s something I try to live by. I think that we have a duty to try to give that back especially for the women that come after us,” Farah Griffin said.

Alyssa Farah Griffin says she can’t get a word in on “The View.”
(Screenshot/ABC/TheView)

Farah Griffin also applauded co-host Whoopi Goldberg and said she had been supportive of “all the women” on “The View.”

“I have to say and I have to give Whoopi credit. You have been just like so supportive of all the women on this show. Because you’ve accomplished so much, and we’re all coming up under you, and just looking to you and I think, I’m glad you said that because women support women more than they don’t, but I think it’s worth acknowledging when we are hard on each other,” she said.

Navarro also said she believed women on different “boards” or in notable positions had a responsibility to “pull up” other women.

“If I cared what other people thought about me, I would probably have a lot of the same thoughts but the bottom line is this. First, you got to believe. If you don’t believe, it doesn’t matter what else – I could be as supportive as I could be, but if you don’t believe you deserve it, you’re not going to listen, you know? That’s the first thing,” Goldberg said.

Goldberg also said people allow others to say “horrific stuff” about them on social media.

Farah Griffin clashed with Kellyanne Conway over their former boss Donald Trump during an episode of “The View” in May.

“I think people should know that since you’ve changed,” Conway said after noting she left the White House before Farah Griffin.