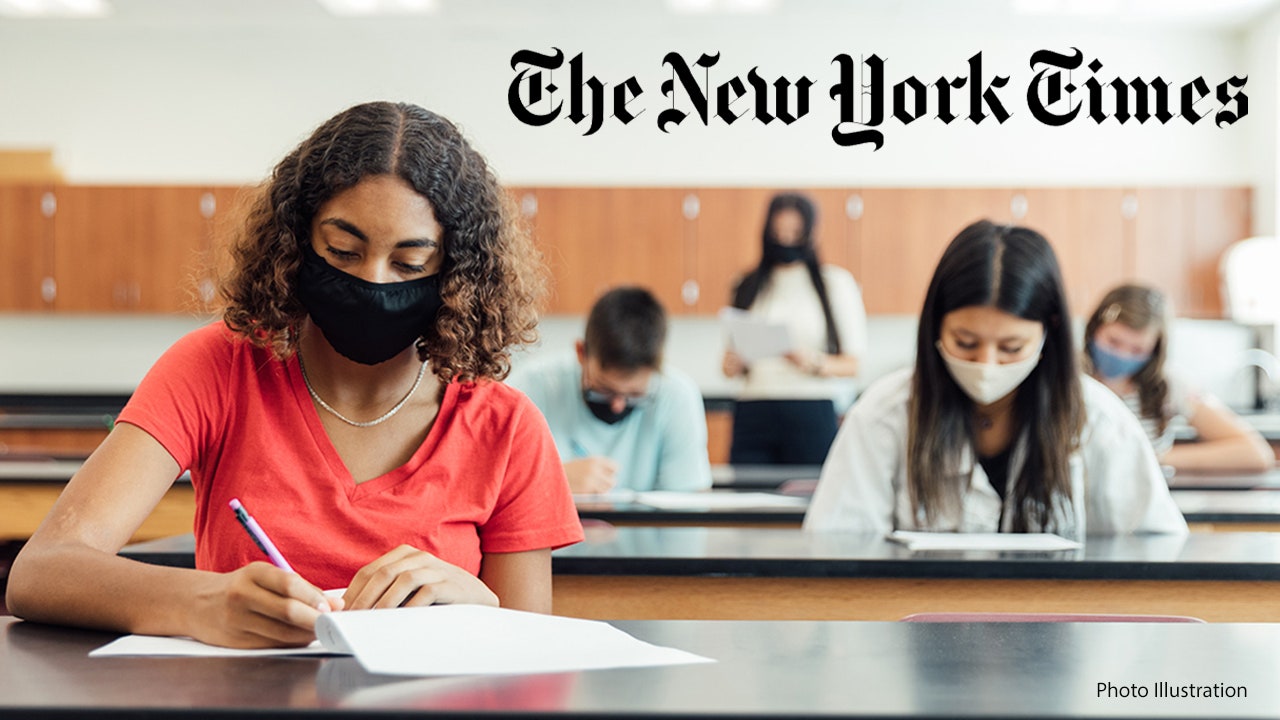 The New York Times was mocked by critics Thursday for using the phrase “Republicans pounce” to describe the party’s efforts to address issues relating to schools and the rights of parents to be involved in their children’s education.

In a Wednesday report, The Times claimed the Republicans were “stoking White resentment and tapping into broader anger at the education system,” citing efforts of conservatives to fight for “parental rights” to be involved in their children’s schools.

The Times later changed the headline of the article to read, “Republicans seize.”

“After an unexpectedly strong showing on Tuesday night, Republicans are heading into the 2022 midterm elections with what they believe will be a highly effective political strategy capitalizing on the frustrations of suburban parents still reeling from the devastating fallout of pandemic-era schooling,” the report said.

“Seizing on education as a newly potent wedge issue, Republicans have moved to galvanize crucial groups of voters around what the party calls ‘parental rights’ issues in public schools, a hodgepodge of conservative causes ranging from eradicating mask mandates to demanding changes to the way children are taught about racism,” it added.

The report claimed that during his campaign, Republican Governor-elect Glenn Youngkin stoked resentment and fear amongst some White voters over “efforts to teach a more critical history of racism in America,” and that Democrats were “unprepared” to counter the anger over schools.

It admitted, however, that Republicans were able to unite “diverse groups of voters” over the issue, citing Asian, Black and Latino frustration over certain progressive policies towards schools and lingering school shutdowns as a result of the pandemic.

People gather to protest different issues including the board’s handling of a sexual assault that happened in a school bathroom in May, vaccine mandates and critical race theory during a Loudoun County School Board meeting in Ashburn, Virginia, U.S., October 26, 2021. Picture taken October 26, 2021.
(REUTERS/Leah Millis)

Conservatives often knock media outlets for using the “Republicans pounce” or  “seize” framework to present an issue potentially damaging to Democrats as one of simply rank partisanship. A similar Associated Press story this week described national school board fights as a Republican culture war.

“You can tell the NYT is in high dudgeon when Republicans are ‘pouncing’ and ‘stoking’ in the same headline,” RealClearPolitics’ Tom Bevan tweeted.

“You can’t blame [the authors] for the headline, but the idea that education is a ‘newly potent wedge issue is simply wrong,” conservative radio and former MSNBC host Hugh Hewitt tweeted.

By the end of last month, Youngkin had taken a substantial lead among voters rating education as their top issue.

MSNBC contributor amid Texas school shooting: Republicans are ‘the enemies’