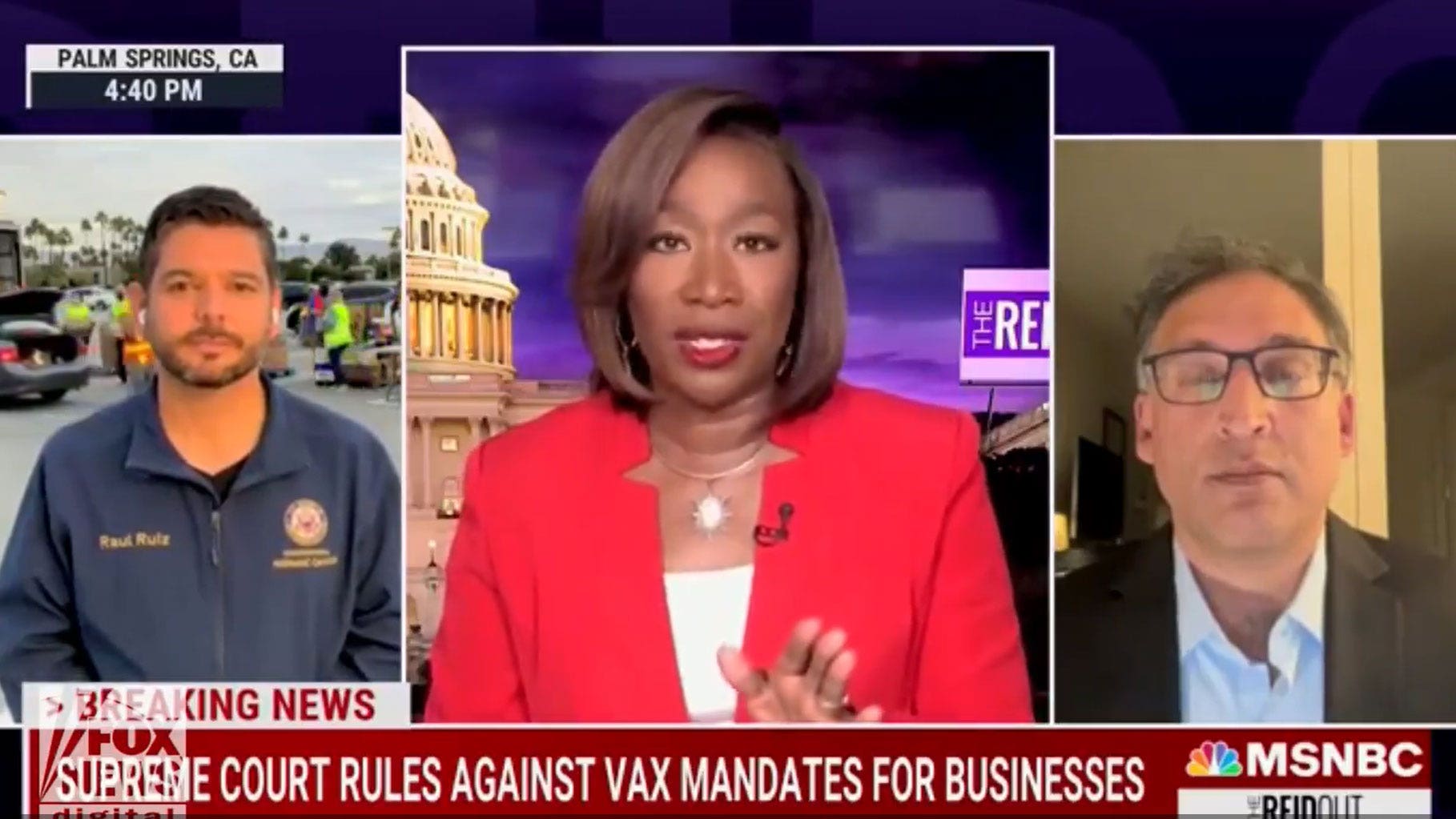 During a segment of her show “The ReidOut,” Reid declared she no longer had faith in the court, calling it a “Christian nationalist version” of what it used to be, and suggested the justices should each have their own “right-wing talk radio shows.” The court struck down a Biden administration mandate for large employers to vaccinate or test their workers, while it did keep in place a vaccine mandate for health care workers at federally funded facilities.

She played a video clip of Biden citing positive benefits of the mandate in the workplace, noting a low number of hospitalizations and deaths reported by United Airlines, a company that required all of its employees to be vaccinated.

“I mean, the administration had made an estimate that the mandate would result in 22 million people getting vaccinated and prevent 250,000 hospitalizations. The usual six voted the way we would expect them to vote, the six right-wingers,” Reid said after playing the clip.

“At this point … have they not just simply stated by their actions that they are more in favor of right-wing politics … than they are in favor of saving lives? They don’t really care if this causes less people to die, clearly,” she added.

SUPREME COURT PUTS AN END TO PANDEMIC OF THE AUTOCRAT

MSNBC contributor and former acting Solicitor General Neal Katyal agreed with Reid’s sentiment and claimed it was “a really dark day” for the Supreme Court. He added the justices were “living in their own bubble,” and described their decision on the mandates as “ludicrous.”

“At this point, Neal, it is hard to think of them as anything other than right-wing ideologues. They should all just have right-wing talk radio shows,” Reid said. “They are not justices in the great tradition of Supreme Court justices. They’re just politicians as far as I’m concerned. I see nothing about what they’re doing that I can possibly respect. It’s sad what’s happening to this country.”

The decision to block the mandate, which still allowed for a healthcare worker requirement, sparked fury from other liberals besides Reid, who reacted angrily by attacking Republicans and calling on Democrats to pack the Supreme Court.

“The Court is willing to let people die in the name of indefensible formalism. The president should take the Supreme Court to task for this abomination,” one tweeted.

Others celebrated the ruling as a “reprieve” for millions of Americans who were at risk of losing their jobs over their decisions not to be vaccinated.

Sunny Hostin rants against Supreme Court vaccine mandate decision: ‘You have the freedom to die from COVID’