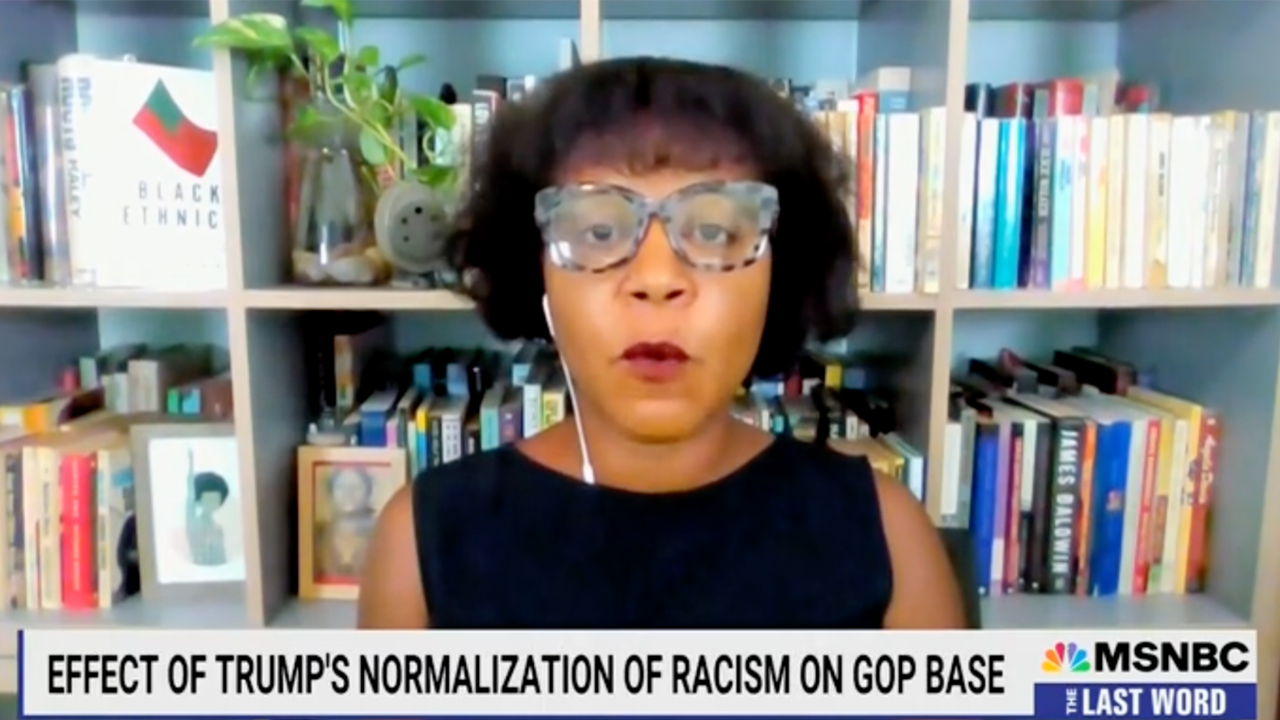 “Last Word” guest host Zerlina Maxwell spoke to Greer and DNC advisor Kurt Bardella, who provided a lengthy segment on the supposed racism of Republicans, especially those who support Trump.

During his commentary, Bardella trotted out the usual leftist talking point of the MAGA crowd looking to devalue minorities. He sated, “When they say let’s make America great again, what they mean by that is to take us back to a place where people who look like you and me are devalued, where people are not seen as equal.”

The DNC advisor continued, saying MAGA supporters want a world “where women don’t have the same rights, where people of color are less than their white counterparts. That’s what they mean by going back. They aren’t even trying to hide it.”

Bardella asserted, “we cannot divorce them [the GOP] now from the white nationalist, racist elements that are overriding them.” Later in the segment, he claimed that the GOP has been passing voter suppression laws to keep those non-white groups from the ballot box.

Greer agreed with Bardella, saying that Donald Trump “excavated what has always been a factor in this country. Don’t forget, I mean we are founded on white supremacy and anti-black racism, capitalism, and patriarchy.”

Though she went farther than Bardella, arguing that now some minority groups are pushing white supremacy themselves.

“We also realize that, you know, you don’t need white people for white supremacy anymore, the same way you don’t need, you know, just men to have patriarchy. We see women uphold it quite well – paging Amy Coney Barrett and her friends,” Greer stated, before explaining how various minority groups are being pulled into white supremacist ranks.

“What the Republicans have been brilliant at doing is not only disenfranchising people of color and marginalized groups across the country, but they’re really starting to, you know, use their white supremacist rhetoric and chip away at certain Latino, Asian and Black populations across the country,” she explained.

LAUREN BOEBERT: ONLY WAY REPUBLICANS LOSE IN NOVEMBER IS IF THEY START ACTING LIKE DEMOCRATS

“We’re seeing, you know, Latinos in Arizona and Texas, Asians in New York, Black folks in the south voting in, you know, pockets but in particular elections with the Republican Party,” Greer continued, claiming that these minorities are “buying into this isolationist rhetoric, they’re buying into this nationalist rhetoric.”

She concluded that this phenomenon is the “most dangerous part of the Republican Party right now.”

Greer appeared to be concerned about the Republican Party’s recent inroads with minority electorates, especially the party’s inroads with the Latino community.