Former MSNBC host Chris Matthews, who pushed Russia theories: ‘We have honest elections in this country’ 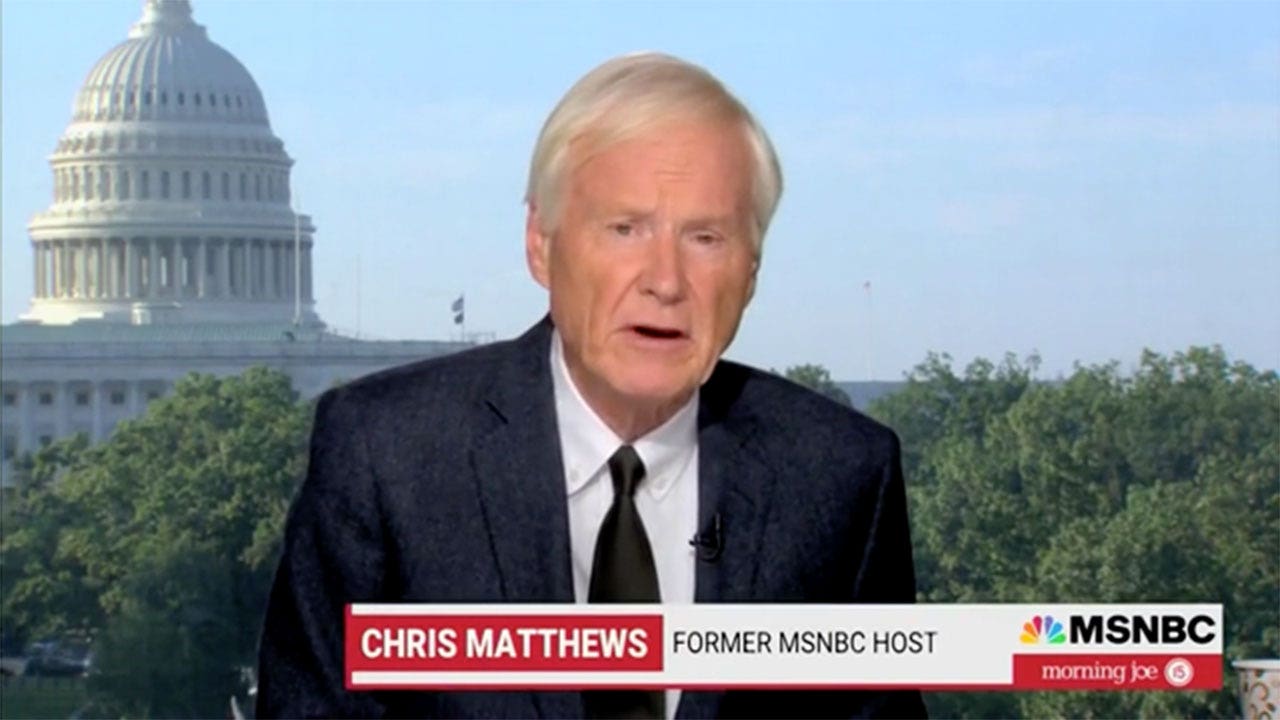 Former MSNBC host Chris Matthews said “we have honest elections in this country” on Thursday in a guest appearance on his old network, although he previously pushed Russiagate theories that questioned the integrity of the 2016 election.

“In our system, you tell the American people what happened in their election because they’re the ones who make the decisions about who serves. You tell them who won, who lost. It’s been a wonderful system. It’s not written in the Constitution, but it’s the way we are. You admit defeat. You accept the decision of the American voter,” Matthews said on “Morning Joe.”

Matthews added “we have honest elections” in the U.S.

Ex-MSNBC host Chris Matthews made an appearance on his old network Thursday, where he touted the honesty of U.S. elections.
(Screenshot/MSNBC/MorningJoe)

“This is not a place like Pakistan or Zimbabwe that had troubles with elections. This is a good country that has honest elections and people come to the voting booth, they mail in their votes, they show up, they do their job. Recognize that,” he added.

“All my life candidates for the presidency, including incumbents, have accepted the victory – the voting decision of the electorate on Election Day,” Matthews said, listing Hillary Clinton as an example in 2016. “What can we do with this person who will not admit the American voter made a decision, they didn’t want him anymore?”

“He’s a little man with a big ego. That’s the reality of the situation. I’ve been through elections which I lost, and many which I won. When I lost, I called and conceded to my opponent. That is considered to be normal American practice. But not with this former president. He refuses to accept the reality that the American people rejected him,” Durbin said.

Clinton conceded defeat to Trump the night of her loss and offered a formal concession speech the next morning, but she later called Trump “illegitimate” and said the race was “stolen.”

Matthews pushed Russiagate theories frequently on MSNBC, a network which made the sprawling Russia investigation a centerpiece of its coverage for years during the Trump administration. Matthews said in April 2019, after the release of the Robert Mueller report, that Trump had been acting “wacky lately.”

“What does he really care more about? His legitimacy,” Matthews said. “This says you did it with help from Moscow.”

“Trump didn’t win by a landslide,” Matthews said later in the episode. “He won… you win, but he won such a close election, he must wonder if he doesn’t get re-elected how the history books are going to treat him, a guy who won a fluke election with Russian help.”

During a March 2017 appearance on MSNBC, Matthews criticized the former president for not condemning WikiLeaks.

“Today, Donald Trump brazenly refused to criticize the organization that worked with Russia in tilting the 2016 election in his favor. The organization which we now know has been helping in an attack on CIA, this country’s chief intelligence agency. President Donald Trump, whose election in November was helped by anti-secrecy group, WikiLeaks, declined the opportunity today to criticize them, even as WikiLeaks today released a trove of new documents stolen from the CIA,” Matthews said.

Matthews resigned from MSNBC in 2020 after hosting “Hardball” for nearly 20 years, amid allegations he’d made inappropriate remarks about female guests. He’s made occasional appearances on MSNBC in the years since. His 7 p.m. ET time slot is now filled by far-left host Joy Reid.