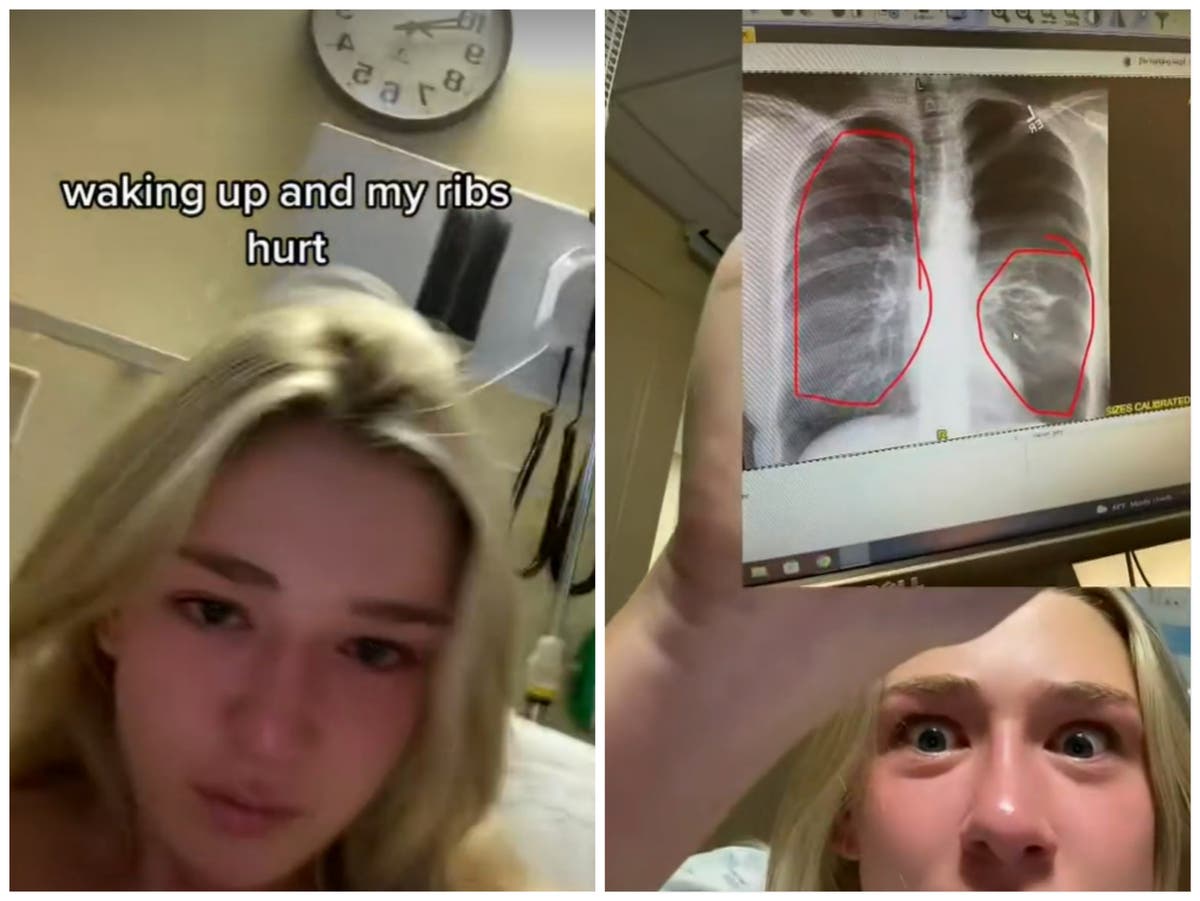 A woman has warned others against the ill-effects of vaping after she woke up one morning “coughing blood” and had to be rushed to hospital.

University student Grace Brassell, 23, posted a TikTok video taken from her hospital bed, in which she detailed how one of her lungs “spontaneously collapsed”.

Combined with her vaping habit, she added, the condition “could have killed” her.

Captioning her TikTok video, which has been viewed 4m times, Brassel wrote that she woke up one morning with pain in her ribs and began “coughing blood” soon after.

Suspecting a broken rib, she went to the hospital. However, she continued, the doctor “freaked out” when she saw Brassel’s X-ray.

She said that while the condition – called spontaneous pneumothorax – was not directly caused by vaping, the habit “could have killed” her.

After doctors discovered Brassel had a collapsed lung, she said, doctors had to “shove a massive tube in my lungs to suck fluid out”.

The ordeal left her with “the most excruciating pain” she had ever been in, Brassel said on TikTok.

Earlier this year, a teenager in the US vowed never to vape again after a “toxic chemical” in an e-cigarette left her hospitalised and needing life support.

Chief Executive at the Australian Council on Smoking and Health, Maurice Swanson told News.com.au that there have been many cases in the US where young people, addicted to vaping, have been hospitalised with grave lung issues.

He also told the outlet that “those who get addicted to nicotine from vaping” face a “three-fold increase in probability” of starting to smoke regular cigarettes.

The sale of e-cigarettes with nicotine is banned in at least 32 countries around the world.

The gender gap: How female teachers are getting left behind