Why publisher of the Onion, A.V. Club is battling WGA, East 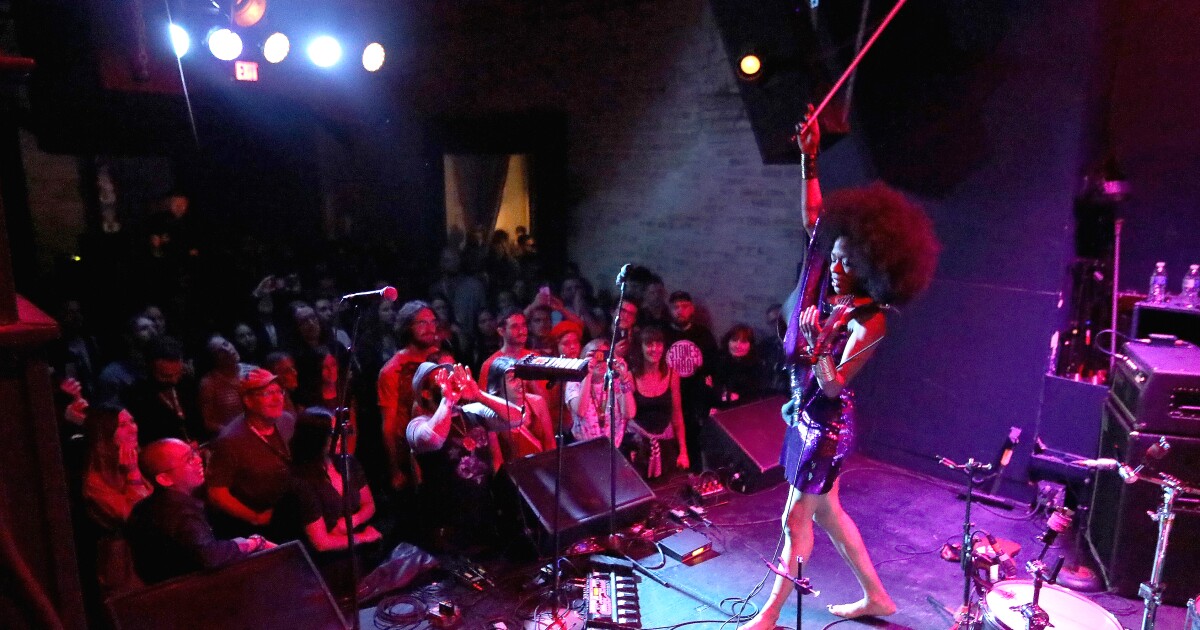 Katie Rife, a senior writer for entertainment site the A.V. Club, was working past midnight on a review last week when her friend sent her a text. It was a posting for her job.

Rife was mulling over an offer by her employer to relocate from Chicago to Los Angeles and still had nine days before the Jan. 15 deadline to make her decision.

“At first I was like, ‘Is this a mistake?’” Rife, 38, said. “That is something that I have never experienced in my professional career … and I gotta say it was pretty disheartening.”

Several other of Rife’s colleagues complained of similar treatment, sparking a dispute between her union and employer, New York-based G/O Media, which also owns the satirical news site the Onion and the tech news site Gizmodo.

G/O Media has said that it has no intention of replacing the workers and that the posting was for contingency planning.

“This relocation will bring the A.V. Club closer to the industry it covers, allowing the site to grow its entertainment relationships while providing more access to important events and talent,” said Mark Neschis, a spokesman for G/O Media.

It’s the latest among a series of clashes between the Writers Guild of America, East and G/O Media over cost-cutting and editorial changes at several digital sites the company has acquired, including Jezebel, the Root and Gizmodo. The union last year filed two unfair labor practice complaints with the National Labor Relations Board against G/O Media, alleging a Gizmodo employee was terminated for union activity.

The WGA, East has moved aggressively in recent years to organize digital media sites, some of which have struggled with shifting business models and growing pressure from investors to cut costs.

“The pattern seems to be that they think the brand is the letters that precede ‘.com,’ instead of the brand being that people actually create the content, and I think it’s a bad strategy,” Lowell Peterson, executive director for WGA, East, said of G/O Media. “I don’t own the company, but I can tell you, that’s not how readership works. That’s not how viewership works in television or online video. The value is the people who craft the stories.”

The A.V. Club began in the 1990s as a sister publication to the Onion. The A.V. Club stands for “audiovisual,” an allusion to school audiovisual clubs whose members are deeply knowledgeable, according to its website.

“We’re proud to carry on the tradition of people immersed in pop culture and entertainment media to a somewhat obsessive degree,” the website said.

But the site’s mission has been clouded by the labor dispute.

Rife and six other employees of the A.V. Club — about half of its staff — were told on Dec. 2 that their jobs would be relocated to Los Angeles, enabling writers to be closer to their subjects.

Union officials contend the move was really a ploy to replace the workers. They say that before they could make up their minds, three of the workers found that their positions had already been posted. The company was willing to reimburse $5,000 in moving expenses but would not provide cost of living adjustments to wages, according to the Onion Inc. Union, which is represented by the WGA, East.

“It’s disappointing that this offer to move to L.A. has not come with a cost of living adjustment or any salary increase at all,” said Laura Adamczyk, co-chair of the Onion Inc. Union and an associate editor at the A.V. Club. “If they really valued these workers and wanted to keep them, they’d pay them what they need and deserve. It feels like they want to force these workers out.”

G/O Media is operating within the confines of its collective bargaining agreement with the union and posted the jobs as a preemptive measure in case employees chose not to relocate, Neschis said, adding that the move was planned two years ago but was delayed by the pandemic.

If the affected Chicago employees choose to relocate, they will be guaranteed their jobs in L.A., he added.

Rife, who has been a full-time staffer at the A.V. Club since 2014, estimates the move to California could increase her rent by 40%, and she’s still unsure about moving. According to the union’s contract, senior writers earn a minimum of $60,000.

“I love L.A. and I would be happy to live there and work there,” Rife said. “But the closer you look at the deal we were offered, the less sense it makes and the less possible it seems to pull it off.”

G/O Media was formed in 2019 as part of private equity firm Great Hill Partners’ acquisition of Gizmodo Media Group and the Onion from Univision.

Through that acquisition, G/O Media acquired properties including Jezebel, a site that covers modern women’s interests; and the Root, which highlights content about Black culture. Terms of the deal were not disclosed.

WGA, East said that over the last year, a significant portion of workers at Jezebel and the Root have exited amid concerns about changes in editorial direction. Last year, seven employees left the Roo and six staffers left Jezebel, the union said.

Additionally, workers at sports news publication Deadspin resigned in 2019 after an editorial director sent a memo telling staffers who write about sports as well as culture and other topics to focus on sports-related topics.

G/O Media said that when it purchased the sites they were losing money and now they are “solidly profitable.”

“The company turned over virtually all of the editor in chief positions in the past year,” the company said. “When there is this kind of transition, there is inevitably staff turnover, which is no different than most other media companies. These management decisions have set up the company for future success.”

The A.V. Club’s editor in chief, Scott Robson, began in September and is based in L.A. Robson was previously editor in chief at the Los Angeles Business Journal.