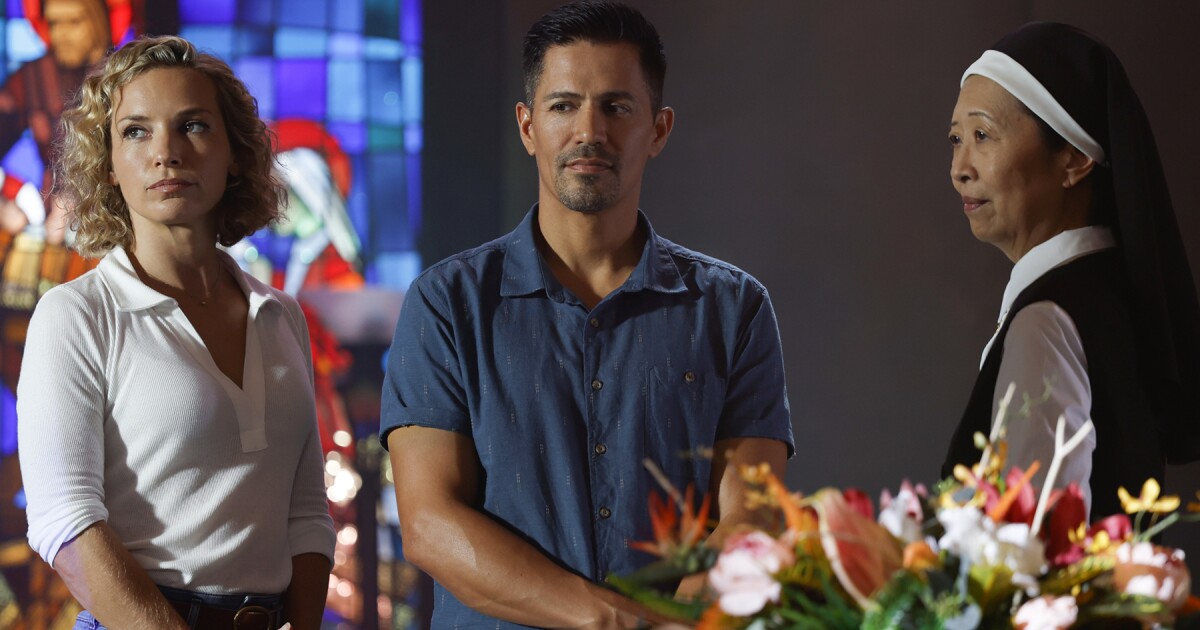 The prime-time TV grid is on hiatus in print. You can find more TV coverage at: latimes.com/whats-on-tv.

Undercover Boss Andrew Simon, CEO of the Fremont Street Experience in Las Vegas, tries to find the contributing factors behind a serious labor shortage at the attraction by taking a job in disguise. 8 p.m. CBS

RuPaul’s Drag Race Singer-songwriter Alicia Keys takes a turn as a guest judge in this new episode of the unscripted series. 8 p.m. VH1

Nancy Drew While serving on a jury, Nick (Tunji Kasim) realizes a fellow juror may be the next target of the Frozen Hearts Killer. Kennedy McMann also stars in this new episode. 9 p.m. The CW

20/20 The latest details on the complex cases involving the Murdaugh family, in South Carolina, including accusations of murder, fraud and financial crimes. 9 p.m. ABC

Blue Bloods Jimmy Buffett guest stars as a con man who is pretending to be Jimmy Buffett and tricks Danny (Donnie Wahlberg) into paying his tab at an expensive restaurant in this new episode. Also, Frank (Tom Selleck) investigates an NYPD captain (guest star Regina Taylor) for using her badge to acquire goods and services from stores. 10 p.m. CBS

Dr. Phil Women say their sister is a drug addict, is jobless, homeless and has lost custody of her child. (N) 3 p.m. KCBS

Ray Donovan: The Movie After seven seasons the crime drama calls it a wrap with a two-hour movie finale that picks up the action where the last season finale left off. Mickey Donovan (Jon Voight) is at large and Ray (Liev Schreiber) vows to do whatever it takes to find his father and stop him before the old man can cause more carnage. The film also recalls Ray and Mickey’s origin story from 30 years ago leading to the present-day fallout from the long-running Donovan-Sullivan feud. Eddie Marsan also stars. 9 p.m. Showtime