What we know about the shooting on Alec Baldwin’s ‘Rust’: Your questions, answered 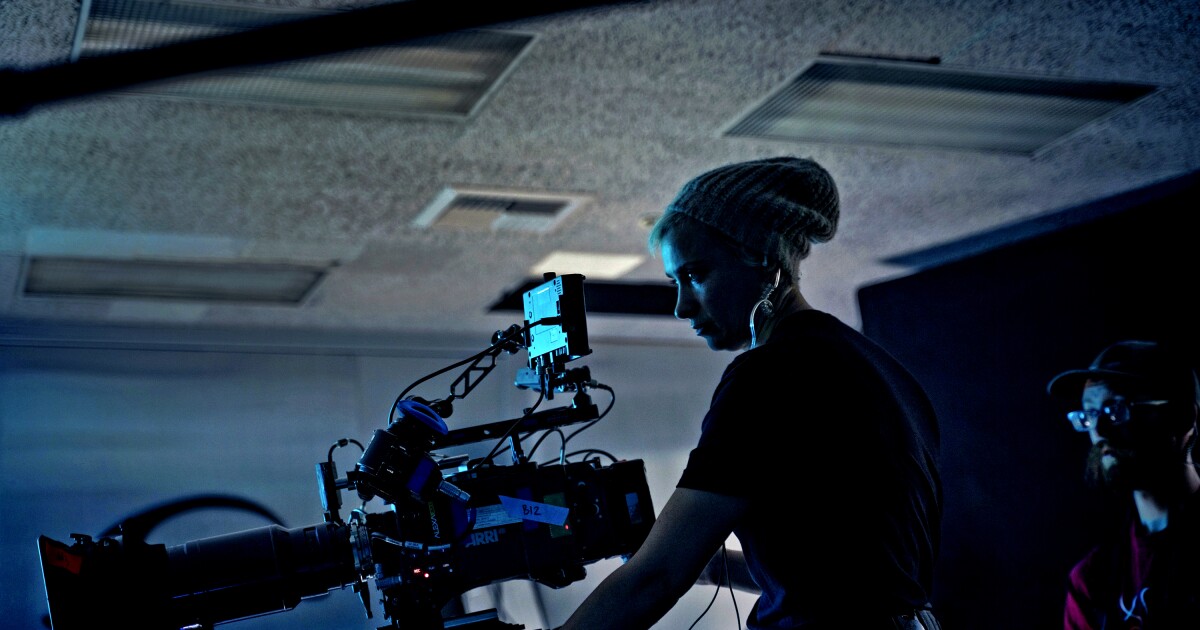 A little more than a week has passed since the on-set gun incident that killed “Rust” cinematographer Halyna Hutchins and injured director Joel Souza in New Mexico. As each day has passed, more details have emerged about the shooting, which is being investigated by Santa Fe County Sheriff’s detectives.

It’s been hard to miss the coverage of the fast-moving story, which has been heightened due to the involvement of star Alec Baldwin. But it’s also been hard to keep up with all the developments. The following Q&A rounds up the facts as they are known at the moment.

Sixteen crew members and cast were working in a church at the Bonanza Creek Ranch, a popular filming location in Santa Fe. Souza huddled behind Hutchins lining up possible camera shots, and a gun was taken from among three that had been set on a cart that day after they were prepared by armorer Hannah Gutierrez Reed.

Whether Gutierrez Reed gave the assistant director a weapon or AD Dave Halls picked one up from the cart himself is unclear. But Halls allegedly declared the gun to be “cold” — meaning a weapon that doesn’t have any live ammunition, including blanks — and handed it to actor Alec Baldwin, a sheriff’s detective’s affidavit said. Baldwin began rehearsals that involved pulling the revolver from its holster and aiming it toward the camera. On his second rehearsal, the gun went off, with a live round striking first Hutchins and then Souza.

The cinematographer, who was hit in the chest, was pronounced dead after being taken by helicopter to a hospital in Albuquerque, while the director was treated at a Santa Fe hospital and released the same day.

Santa Fe County Sheriff Adan Mendoza said Wednesday at a press conference that the “lead projectile” recovered from Souza’s shoulder would be analyzed by ballistics experts.

Who was cinematographer Halyna Hutchins?

Hutchins, 42, was originally from Ukraine and was a 2015 graduate of the American Film Institute Conservatory. The former journalist had been selected as one of American Cinematographer’s Rising Stars of 2019 and had indie features including “Archenemy,” “Blindfire” and “The Mad Hatter” to her credit, along with a string of shorts and commercial work. “Rust” was seen by some as a project that would push her career to a new level.

Hutchins was respected by those who had worked with her. “She was one of those sort of (directors of photography) who was super rugged and would crawl into any space or explore the weirdest places to stand with a camera,” “Archenemy” director Adam Egypt Mortimer said Friday. “She did not care what time it was or how little money we had. She was always like, ‘How can we make this moment look incredible?’” Hutchins is survived by her husband, Matthew Hutchins, and their 9-year-old son.

What is Alec Baldwin’s involvement?

Baldwin was rehearsing with the weapon when it went off; whether he pulled the trigger or the gun misfired is still unclear. The “30 Rock” actor has said he’s cooperating with authorities.

“Baldwin is very important to the investigation,” Santa Fe District Attorney Mary Carmack-Altwies said Wednesday on NBC. “He’s the one that pulled the trigger, he’s the one that was holding the gun,” she said.

The actor was seen with Matthew Hutchins and his son at a Santa Fe hotel after the shooting. On Sunday, he was photographed with his family in a small town in southern Vermont.

Who is armorer Hannah Gutierrez Reed?

Gutierrez Reed is the daughter of veteran armorer Thell Reed. ” However, “Rust” is only the second film that the 24-year-old woman has worked on as lead armorer. The prop master who supervised her in August on the western “The Old Way,” her first armorer job, came to her defense. “I thought she was an exceptionally young, up-and-coming, very eager and talented armorer,” Jeffrey W. Crow said.

However, the key grip on “The Old Way” told CNN on Wednesday that Gutierrez Reed had mishandled weapons on set. “There’s a universal way to handle weapons on set and immediately red flags went up when I worked with Hannah,” Stu Brumbaugh said. “This is why I asked for her dismissal. This is why people get injured because of rookie mistakes.” Among other examples, he said the rookie armorer fired a gun near actor Nicolas Cage without any announcement, causing Cage to scream at her and angrily leave the set.

Gutierrez Reed told detectives that on the day of the shooting she had ensured that the ammunition intended for production were “dummies” and did not include “‘hot’ rounds.” She said via her attorneys Friday that all the guns “were locked up every night and at lunch and there’s no way a single one of them was unaccounted for or being shot by crew members.”

“Hannah was hired on two positions on this film, which made it extremely difficult to focus on her job as an armorer,” her attorneys said in a statement. “She fought for training, days to maintain weapons, and proper time to prepare for gunfire but ultimately was overruled by production and her department.”

Halls has worked in various assistant director capacities (first AD, second AD, second second AD) since the mid-1990s and has an IMDb resume that includes “The Matrix Reloaded,” “Bad Santa” and the Comedy Central show “Reno 911!” In recent years, most of his first AD work appears to have been on movies that were released on DVD or straight to streaming.

According to an affidavit released Wednesday, Halls told an investigator that he did not check all the rounds in the gun to make sure they were dummies before handing the gun to Baldwin — a major breach of safety protocol. The shot being rehearsed was intended to be a close-up that would show Baldwin’s hand and holster, then down the barrel of the revolver, according to another crew member.

Halls said he thought he saw three rounds Thursday and he “should have checked all of them, but didn’t.”

Mamie Mitchell, the script supervisor who called 911 after the shooting, referenced “that f— AD” and said, “He’s supposed to check the guns. He’s responsible for what happens on the set.”

In 2019, Halls was fired from the film “Freedom’s Path” after a crew member had a minor and temporary injury when a prop gun “unexpectedly discharged,” according to a producer from the film.

Talk more about ‘Rust’ itself

The period western is about a 13-year-old boy in 1880s Kansas who goes on the run with his long-estranged grandfather (played by Baldwin) after being sentenced to death for the accidental killing of a local rancher. It also stars Travis Fimmel, Jensen Ackles and Frances Fisher, with Brady Noon as the grandson.

The film reportedly has a $7-million budget, putting it in “Tier One” of the IATSE’s low-budget film agreement. Experienced crew often will not work on these small, lower-paying projects, especially when the industry is as busy as it is post-pandemic. When union crew cannot be hired, the contract allows for the use of non-union crew members — often cheaper and some with less experience — who can then join the union after 30 days of low-budget work. “Rust” reportedly had a 21-day shooting schedule, which started Oct. 6 and ended abruptly when production was halted after the fatality.

The budget may have factored into the tragedy, according to a Facebook post from “Rust” gaffer Serge Svetnoy. “To save a dime sometimes, you hire people who are not fully qualified for the complicated and dangerous job, and you risk the lives of the other people …,” he wrote. “I understand that you always fight for the budget, but you cannot allow this to happen.”

Did the crew walk off the set?

Hours before the shooting occurred, half a dozen camera crew workers walked off the set to protest working conditions. In addition to complaints about long hours, long commutes and waiting for their paychecks, sources told The Times that industry-standard safety protocols, including gun inspections, were not strictly followed on the “Rust” set.

And at least one camera operator had complained to a “Rust” production manager recently about gun safety, sources said, as there had been two misfires Oct. 16 from what had been declared a “cold” gun.

“There were no safety meetings. There was no assurance that it wouldn’t happen again,” one crew member said. “All they wanted to do was rush, rush, rush.”

What about on-set safety guidelines for guns and ammo?

The basic rules of on-set gun safety are similar to general gun safety rules, starting with the presumption that any gun should be treated as if it is loaded and should never be pointed at anything a person doesn’t intend to kill or destroy.

However, there is typically an additional protocol established between the armorer and the assistant director — and sometimes even the actor or actors involved — to ensure that a weapon is thoroughly checked before it is handled by talent.

Mendoza’s department recovered more than 500 rounds of ammunition from the “Rust” set. “That was a mix of blanks, dummy rounds and what we suspect were live rounds,” he said.

A blank is a shell casing that has gunpowder inside and can be fired but has no deadly bullet point. Dummy rounds are designed to look like real bullets, but contain no gunpowder and cannot be fired. And live rounds? They are just what they sound like, and they can kill a person when they’re fired from a gun. One focus of the investigation is how the live rounds got on set.

“Somebody has to have been negligent,” USC Gould School of Law professor Gregory Keating told The Times. “This doesn’t happen without negligence. There are safety protocols that are supposed to be followed. It’s really just a matter of who’s negligent and how the responsibility gets parceled out.”

There will likely be legal ramifications not only for the companies involved but also for individuals, possibly including star and producer Baldwin.

“Could it rise to the level of criminal negligence?,” asked attorney Jeff Harris, who has worked on cases involving injuries and deaths on film and TV sets. “That’s what we’re going to have to hear more information about. In terms of liability up the chain, you’re hearing anecdotally from people saying that the set was in chaos.”

Sheriff Mendoza said Wednesday that there were still many more people to interview as part of his department’s investigation. “There’s a lot of facts and rumors that are floating around,” he added, “and it’s our job to figure [it all] out.” Nobody has been cleared yet.

Information gathered by the department ultimately will go to Carmack-Altwies, the district attorney, who will decide whether and whom to prosecute. She said Wednesday that “[a]ll options are on the table at this point.”

Food dished up robotically from the ceiling at Beijing Olympics | Lifestyle