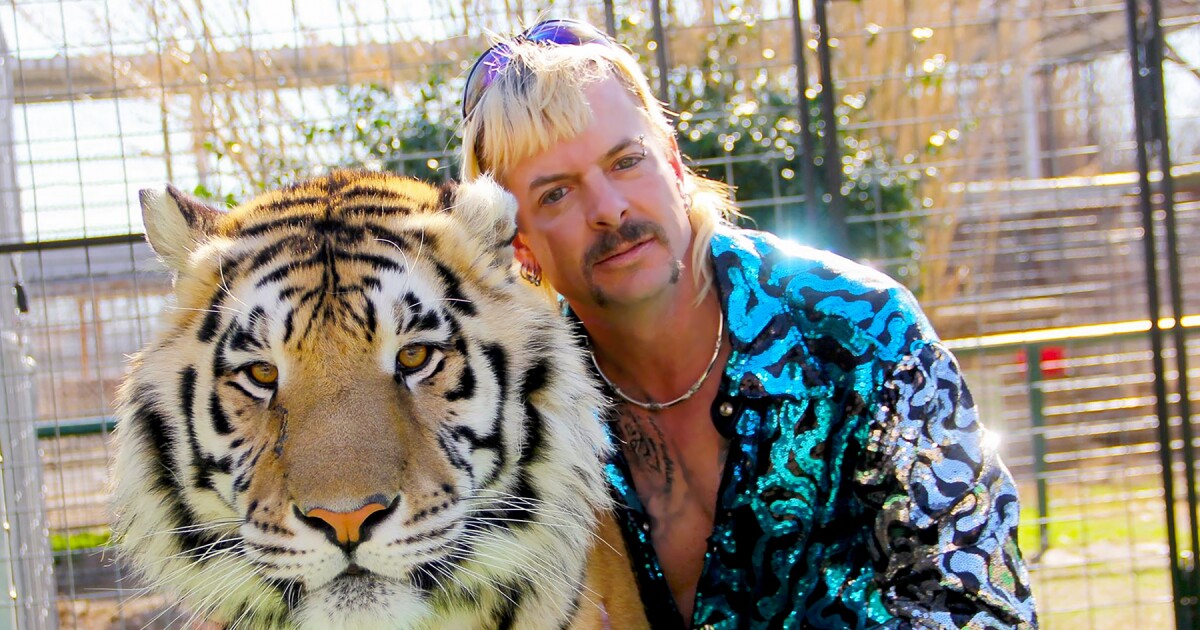 “It is with a sad face that I have to tell you the doctors called me in today to break the news that my prostate biopsy came back with an aggressive cancer. I am still waiting on the results from other test [sic] as well,” he wrote in a hand-written letter provided to The Times Thursday by his attorney, John M. Phillips.

Exotic, whose real name is Joseph Maldonado-Passage, rose to fame in 2020 in the early-pandemic docuseries “Tiger King: Murder, Mayhem and Madness.” Ever since, the former zoo owner has been been weathering the legal fallout from wildlife crime and a murder-for-hire conviction against tiger rival Carole Baskin, who recently sued Netflix for showing her in “Tiger King 2.”

The eccentric Exotic has publicly pleaded for freedom, even requesting and being a denied a pardon from former President Donald Trump earlier this year. Though his 22-year sentence was vacated in July, Exotic remains incarcerated at Fort Worth Medical Center, a federal prison in Fort Worth, Texas, his attorney said, noting that the facility is no longer a hospital.

“I’m sure Carole [Baskin] will have her own party over this,” Exotic wrote in his Oct. 27 letter. “What I need is the world to be my voice to be released. They have the proof I did not do this and there is no reason for the U.S. Attorney to drag this out so I can go home and get treatment on my own or enjoy what life I have left with my loved ones,” he added. “Say a prayer please. Be my voice please.”

The former big-cat owner has also been undergoing medical treatment and tests for a host of issues, his attorney said.

“What prostate cancer does is put him even worse between a rock and a hard place because he needs to go get chemotherapy or radiation therapy and that’s an extended thing,” Phillips said Thursday in a phone interview with The Times.

“But which do you rank in order? Freedom or health? The problem is Joe doesn’t get to decide. The judge and Dept. of Justice get to decide, and so we’re trying to expedite things and put freedom first,” he added.

Phillips said he doesn’t know much about Exotic’s prognosis, but his legal team is awaiting a hearing in Oklahoma that will determine the docuseries star’s new sentence. Once the resentencing is final, Phillips plans to file motions claiming government misconduct, ineffective assistance of counsel and new evidence.

“The last few years has [sic] taken everything from Joe — his property, his freedom, his husband literally sold his clothes, his parents have passed away and now he faces cancer,” Phillips said.