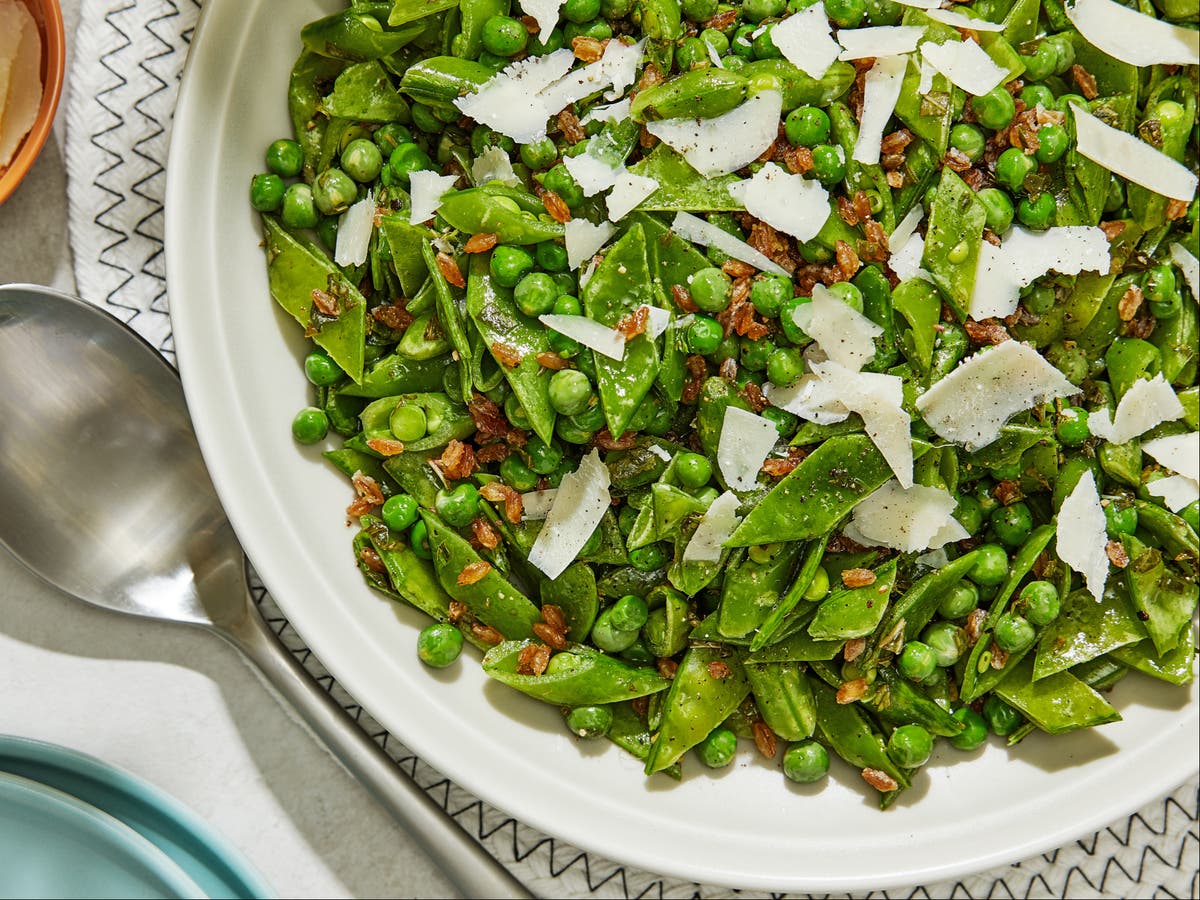 I’m an equal-opportunity vegetable lover, but most people I know struggle to appreciate at least one, if not more. For my husband, it’s okra. For one of my colleagues, cauliflower. Yet another co-worker can’t stand courgette. I’ve known beetroot haters and mushroom foes – and offered my counsel to both.

Eitan Bernath understands. The TikTok star, cookbook author and now culinary director at The Drew Barrymore Show remembers growing up a picky eater. “I just ate bread,” he tells me over a Zoom call from New York City. “I mean, let’s be clear, I still love bread, but now I eat much more than bread.”

What has helped him make the leap? Cooking. He became obsessed with it as a child, studying videos to help him understand the regional cooking of India, collecting equipment and spices the way other kids were collecting Nintendo DS game cartridges. Pretty quickly, as he puts it, “I started running out of things to cook that I like to eat. There’s only so many things you can make out of carbs.”

So potatoes – that irresistible gateway vegetable – led to cauliflower, which led to Brussels sprouts, and so on. Today, Bernath has strong opinions about the best ways to cook vegetables – after all, that’s part of the key to appreciating them – but also about another tried-and-true strategy for expanding one’s palate. “My number-one advice to people who are just getting started in the kitchen is to start cooking food you know you already like to eat,” he says. “And honestly, the same advice applies to vegetables.”

Take broccoli, something Bernath has embraced only recently. When he ate it dressed with some of his favorite flavours – chilli oil, mushroom soy sauce, mirin and rice vinegar – “it was pretty easy to like.”

The same strategy applies to the recipe I’m sharing here from his first book, Eitan Eats the World. It’s a triple-pea salad, full of crisp textures from the juicy raw snow and snap peas, a little starchiness from (barely) cooked English peas, richness and fat from parmesan to cut through a zingy dressing, and the crowning touch: fried farro. “Anyone who follows me on Snapchat knows I love, love to fry food. So that was what I thought the salad needed.”

It’s a brilliant technique, really: you cook the farro until tender, get it good and dry, then fry it for several minutes in hot oil. Its inclusion turns the salad into the crunchiest in memory. I didn’t need the farro to turn me onto the wonders of this trio of peas, but it helped turn the salad from something that might have seemed fairly straightforward into something I couldn’t stop eating.

Every vegetable deserves such crave-worthiness, don’t you think?

This might be the crunchiest salad you’ve ever eaten. It’s a true riot of textures from three kinds of peas (English, snap and snow), plus fried farro, in a simple, tart, herbaceous dressing. Shaved parmesan cheese provides another counterpoint, but this salad would also be great with a creamier cheese, such as burrata or feta, or with salty ricotta salata. You can also substitute a vegan cheese of your choice; consider dollops of creamy vegan ricotta or feta.

Make ahead: The dressing can be refrigerated for up to 3 days before you combine it with the other ingredients before serving.

Storage notes: Refrigerate for up to 5 days. The farro softens as it soaks up the dressing, so if you’d like to keep it crunchy and you know you’ll have leftovers, store it separately from the rest of the salad.

Where to buy: Farro can be found in many well-stocked supermarkets, Italian markets or online.

240ml neutral oil, such as vegetable or canola, for frying

Lay out 3 clean dish towels on your counter.

Cook the farro according to the package instructions, drain well, and spread out onto one of the dish towels. Fold the towel over and pat the farro dry, then unfold and let the farro air-dry while you prep the rest of the salad.

In a large serving bowl, whisk together the olive oil, vinegar, parsley, oregano, basil, garlic, salt and pepper. Taste, and season with more salt and pepper as needed.

Add the English peas to a microwave-safe bowl and microwave on HIGH for 2 minutes, or until just heated through. Transfer the peas to the second clean dish towel on the counter, fold over the towel, and gently pat and roll them around until most of the moisture has been soaked up. Unfold the towel and let the peas air-dry while you prep the rest of the salad.

Trim and de-string the snow peas and, if needed, the sugar snap peas (some snap pea varieties are stringless, so you can skip this step if you have those). Use your fingers to snap off the stem end of the pea toward the top seam, leaving the stringy part attached. Pull the disconnected stem end to remove the string. Cut the snow peas and sugar snap peas on the bias into 1½cm pieces.

In a medium frying pan over medium-high heat, heat the oil until it registers 200C on an instant-read thermometer, or until it shimmers but does not start to smoke. Add the air-dried farro and gently stir it to make sure it does not clump together. Fry until the farro turns a deeper golden brown and is crunchy, 6 to 7 minutes. Use a slotted spoon to scoop up the farro in batches, holding it over the pan to let as much oil drain away as possible, then transfer it to the third clean dish towel on your counter to cool.

Transfer the farro to the serving bowl with the vinaigrette, along with the English peas, snow peas and sugar snap peas. Toss to combine. Top with the shaved cheese and serve.

This analysis is an estimate based on available ingredients and this preparation. It should not substitute for a dietitian’s or nutritionist’s advice.