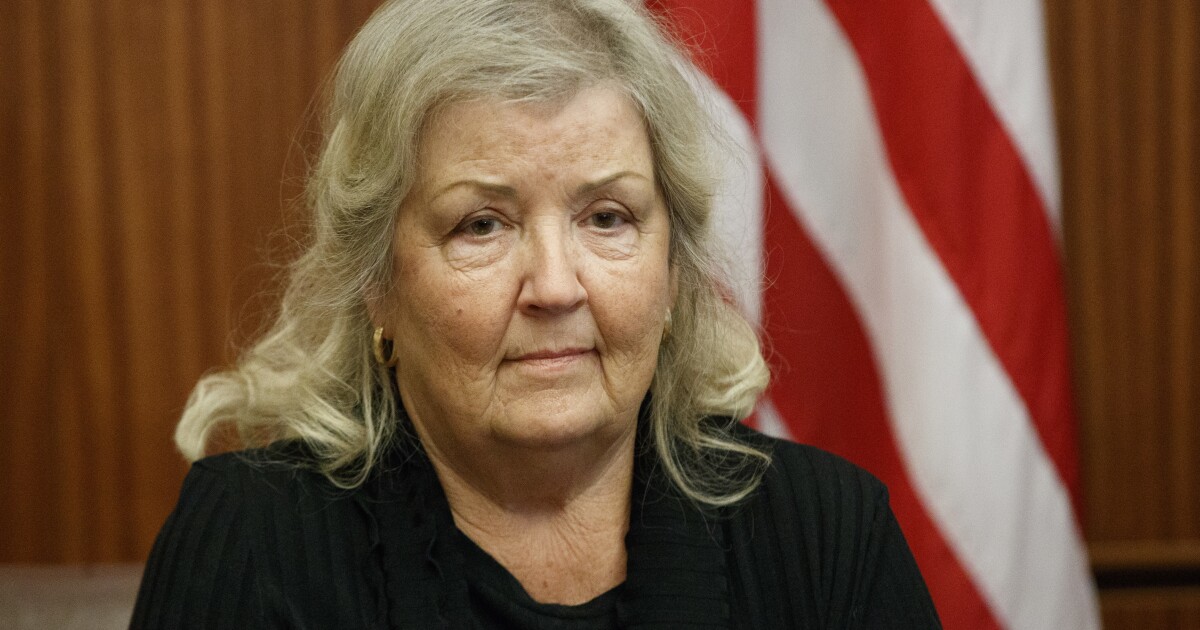 The following contains spoilers from Episode 9 of “Impeachment: American Crime Story.” Read our full coverage of the series here.

Gennifer Flowers. Paula Jones. Kathleen Willey. Monica Lewinsky. Their names are forever attached to that of former President Clinton, whose extramarital sex and alleged misconduct dominated the news cycle in the 1990s.

But one name is sometimes forgotten in that mix: Juanita Broaddrick.

The penultimate episode of “Impeachment,” written by Sarah Burgess, largely focuses on grand jury testimony delivered by Lewinsky and Linda Tripp, but it also introduces the woman who accused Clinton of raping her during his 1978 campaign for Arkansas governor.

In the episode, “The Grand Jury,” FBI agents visit Broaddrick’s home in an attempt to correct her previous affidavit, provided in Jones’ sexual harassment lawsuit against the president, which had denied any wrongdoing by Clinton. And she does. But when independent counsel Kenneth Starr is informed that Broaddrick has recanted and now alleges that Clinton raped her, he’s unconvinced that it helps his cause: “If he didn’t pressure her, then it doesn’t go to his criminality.”

“Except for the … raping. He raped her,” an attorney helping to draft Starr’s report to Congress replies, gobsmacked. Starr contends that it deviates from the mission to charge Clinton with lying and abusing his power, arguing that the report can’t be cluttered with all his past sexual experiences.

“Put her in a footnote,” Starr says.

As she recounted in an interview with “Dateline” in 1999, Broaddrick first met Clinton while he was attorney general of Arkansas, during his run for governor. Then 35, she had been volunteering for his campaign for three weeks when he made a campaign stop at the nursing home where she worked.

“We were so excited,” she recounted in an interview for the podcast “Slow Burn,” which chronicled Clinton’s impeachment in its second season. “I mean, I’d seen these commercials on TV. I thought he was absolutely going to be the best thing in the world for Arkansas.”

In interviews, Broaddrick said she approached Clinton in the hopes of getting his ear on the lack of funding the state provided for elder care. Clinton suggested she call the campaign office when she was in Little Rock. She did that and set up a coffee meeting with Clinton at her hotel. According to Broaddrick, Clinton told her there were too many reporters in the hotel lobby, so they should have coffee in her room. “I immediately said yes — I mean, I wasn’t frightened,” she said in the interview with “Slow Burn.” “I’d never been alone in a hotel room with any man that I didn’t know before, but I mean, you’re talking about the attorney general of the state of Arkansas.”

When he arrived, he turned her attention to an old jail he wanted to renovate if he became governor. According to Broaddrick, he then began kissing her. Broaddrick says she resisted his advances as he pushed her onto the hotel bed, until he forced himself on her.

“‘The last thing he said to me was, “You better get some ice for that,”’” she recalled in a 1999 interview with the Washington Post, referring to a lip bite she suffered during the alleged assault. “And he put on his sunglasses and walked out the door.”

Through a lawyer in 1999, Clinton denied her allegations.

Broaddrick did not file a report of the alleged crime to the police. The allegation was passed on to reporters in the lead-up to the 1992 presidential election, but it wasn’t pursued. It wasn’t until 1998, two decades later, that the allegation was made public.

During the impeachment process, Broaddrick recanted her earlier denial of the rape allegation in the Jones proceedings, saying she was initially apprehensive about coming forward because she thought no one would believe her. She changed her story during interviews with Starr’s investigators and said the president had assaulted her.

As the Washington Post reported at the time, Starr dropped it because Broaddrick stated Clinton never tried to influence her story. Her allegation became an asterisk in their report, where she was referred to as “Jane Doe No. 5.”

In January 1999, Broaddrick taped an interview with “Dateline” that detailed her account, but as NBC delayed the airing, she spoke with outlets like the Post and the New York Times, saying tabloid reports that claimed she and her then-husband were being paid for their silence fueled her decision to go public. NBC ultimately aired the “Dateline” interview on Feb. 24, nearly two weeks after the Senate acquitted Clinton in his impeachment trial.

The Juanita of today

While she had been able to move past the Clinton storm by the early aughts, Broaddrick would eventually reenter the spotlight as a far-right extremist and Donald Trump booster during Hillary Clinton‘s campaign for president in 2016. Vexed by Clinton’s pro-female agenda, Broaddrick tweeted out a statement that went viral: “I was 35 years old when Bill Clinton, Ark. Attorney General raped me. I am now 73 … it never goes away.”

Broaddrick wasn’t on the Trump train from the start: “I did not know what to make of this man,” she recalled in an interview with the Atlantic in 2019. Then she watched a May 2016 episode of “Hannity” in which Trump described Broaddrick’s claim against Clinton as rape. “I almost fell out of my chair. That’s when I was firmly in his corner. It was personal.”

A few months after her tweet, Broaddrick was invited by the Trump campaign to sit in the audience — alongside Clinton accusers Jones, Willey and Kathy Shelton — during the candidate’s second debate with Hillary Clinton in October 2016. According to the Washington Post, the original plan was for the four women to walk into the debate hall at the same time as the former president and confront him in front of a live television audience. But the Commission on Presidential Debates intervened moments before the event went on air.

Before the debate, Trump broadcast a news conference-style event on Facebook with the women. During the event, Broaddrick downplayed the inappropriate comments Trump made about women in leaked audio, contending: “Bill Clinton raped me, and Hillary Clinton threatened me. I don’t think there’s any comparison.”

She would go on to make appearances on Fox News and, in 2018, self-publish a memoir, “You’d Better Put Some Ice on That.” In the wake of the #MeToo movement and a reevaluation of past scandals and the women maligned by them, there’s been a reexamination of Broaddrick. New York Times columnist Michelle Goldberg published an op-ed titled, “I Believe Juanita”, while the Washington Post’s Richard Cohen wrote, “I thought Juanita Broaddrick Wasn’t Credible. I Was Wrong,” spurred by listening to the “Slow Burn” podcast in which she recounts her experience.