Starbucks customer sparks debate after ending pay-it-forward chain: ‘They tried to set me up’ 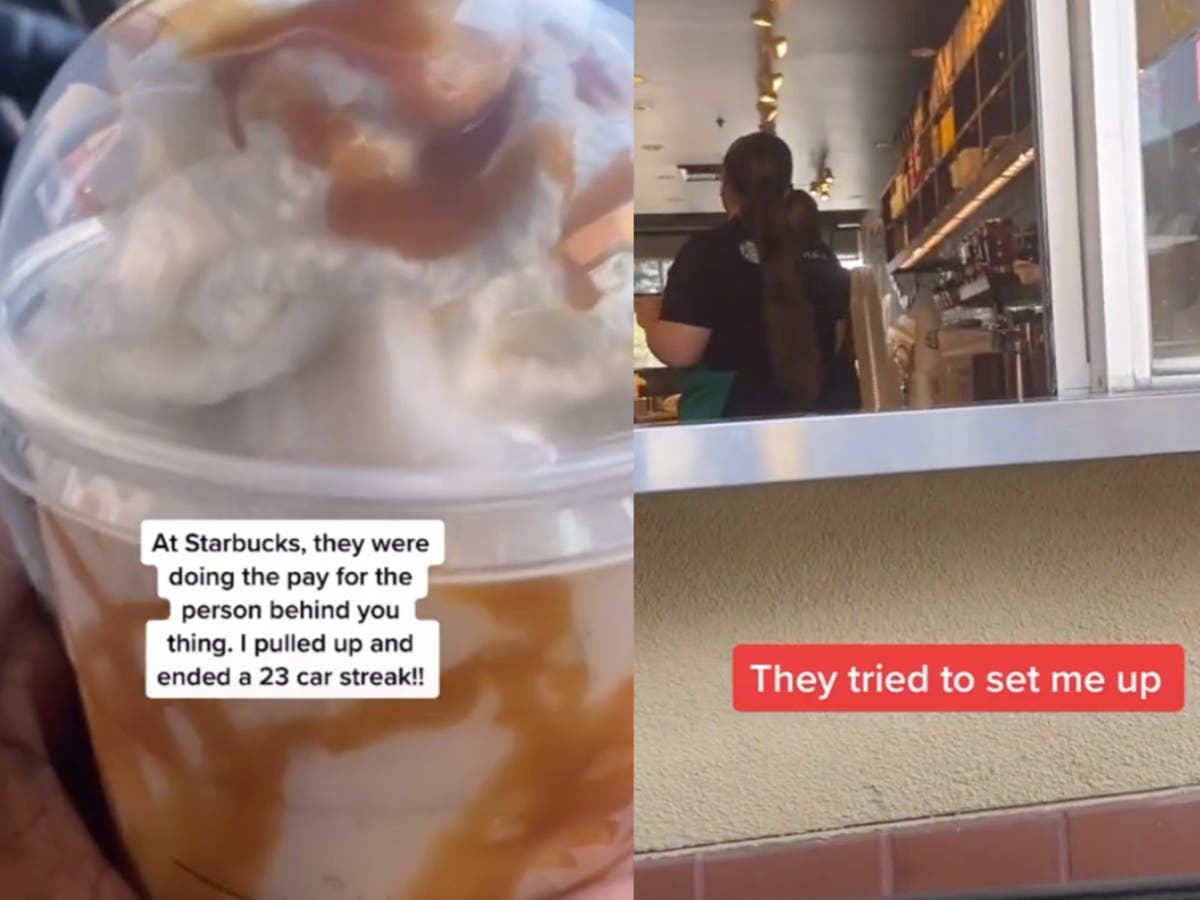 A man has sparked debate for ending a “pay-it-forward” chain at a Starbucks drive-through, after a 23-person streak.

Pay-it-forward chains typically start with one customer offering to pay for the person behind them in a drive-through. From there, the next car is asked if they want to do the same, and if they agree, the chain continues.

However, once a customer says they don’t want to pay for the person behind them, the streak comes to an end.

In a TikTok video posted on 8 January, @im_blessed55 shared a video at a Starbucks drive-through where the customers were participating in the infamous trend.

“At Starbucks, they were doing the pay for the person behind you thing,” the text in the video reads. “I pulled up and ended a 23-car streak.”

However, the TikTok user then explained why they declined to participate, writing in the video that “they tried to set me up” because the bill for the person behind them was significantly more money than their own. According to the customer, their bill was $6 while the other customer’s was $46.

The TikTok user also acknowledged that some customers would have chosen to keep the chain going. “How y’all feel about this am I wrong?” he wrote in the caption. “What would y’all have done?”

The video has since been viewed more than 3.3m times, with many viewers noting that they wouldn’t have paid for the $46 bill either.

Another person said: “Maybe I’m not any fun but I just wanna pay for my drink and leave.”

“NOPE! Thanks for my free drink have a GREAT day guys,” someone else wrote.

Both Starbucks customers and food service employees also noted in the comments that the “pay-it-forward” trend can be more of a hassle than a good thing, as it can be difficult to keep track of.

“From a drive-thru employee, thank you. It always throws us off,” one viewer said, while another wrote: “As a former Starbucks barista, we hate it. So much. So many orders have gone out wrong bc of how confusing it gets. Thank you.”

Others noted that instead of participating, as a kind gesture, they’d rather give that money to the Starbucks employees as a tip.

“Just tip the people inside that are actually doing something. Make THEM smile. They are the ones who have to deal with the most,” one person wrote, while another said: “THANK U for breaking it!! The workers inside deserve the money as a tip more than a pay-it-forward line.”

The “pay-it-forward” trend has become extremely popular at fast-food restaurants. In December 2020, at a Dairy Queen in Minnesota, 900 cars paid for the customer behind them and the chain lasted for over two days, per CNN. When the restaurant closed for the night, one car returned Friday morning with a $10 bill to restart the chain. He did the same thing that following Saturday morning.

The Independent has reached out to Starbucks and @im_blessed55 for a comment.