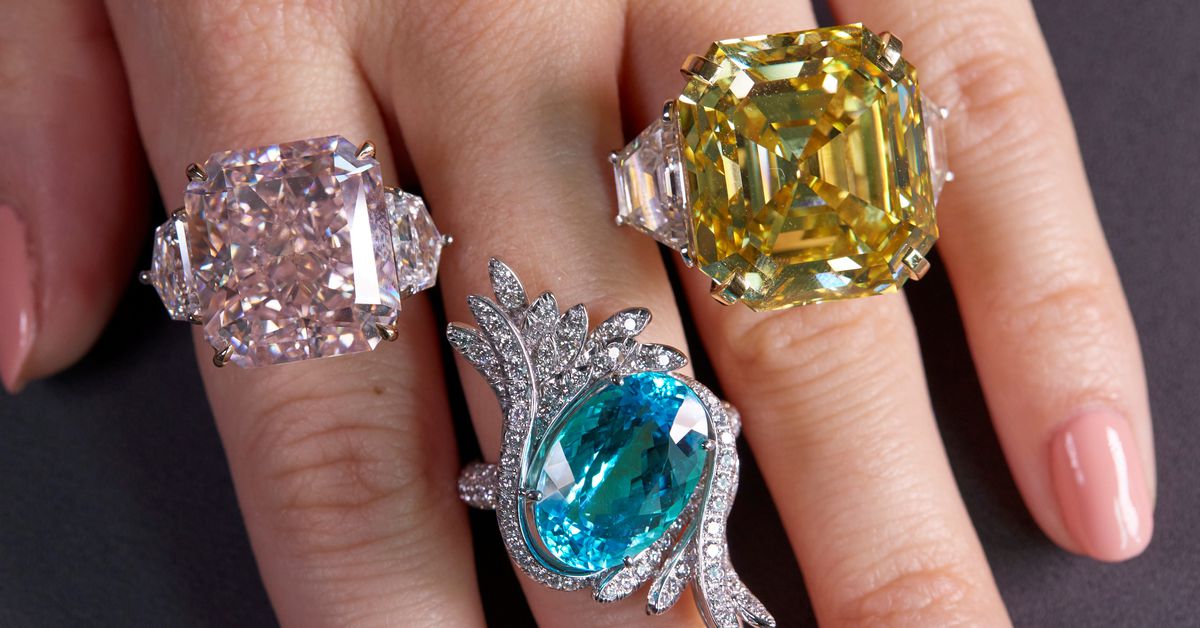 GENEVA, Nov 2 (Reuters) – Russian royal jewels smuggled out of the country during the 1917 revolution, alongside rare coloured diamonds, are on offer at auction next week in Geneva, looking for deep-pocketed collectors emerging from the pandemic.

An orange-pink diamond weighing 25.62 carats, estimated at 3.6 million to 5.38 million Swiss francs ($3.9 million to $5.9 million), set in a ring, is the star lot at auction house Sotheby’s semi-annual jewellery sale in the Swiss city on Nov. 10.

“A beautiful crystal, it’s a fantastic colour with a little bit of orange but not too much, so it’s a very subtle colour,” Olivier Wagner, head of sale and jewellery expert at Sotheby’s Geneva, told Reuters in the showroom in a lakeside hotel.

“The market is currently very dynamic and after the pandemic people are very keen to buy jewellery today and to buy something tangible they can enjoy.”

For collectors of historic gems, a large oval sapphire and diamond brooch and matching earclips from the jewellery box of Grand Duchess Maria Pavlovna, the aunt of the last Russian Emperor Nicholas II, is back on the block.

“They belonged to the Grand Duchess Maria Pavlovna of Russia who was the queen of social life in St. Petersburg. She was the wife of the Grand Duke Vladimir, so the son of the tsar (Alexander II), and she had a fantastic collection of jewels,” Wagner said.

The royal set, entrusted to her friend the British diplomat Albert Henry Stopford, who took them to London for safekeeping along with other jewels, is estimated at 280,000-480,000 francs, the auction house said.

Pavlovna escaped from revolutionary Russia and died in France in 1920. Her brooch and earrings are being sold by a European princely family who bought them at auction in 2009, the auction house said.

Sotheby’s is broadening its luxury week, with a “Fashion Through Time” online sale aimed at younger collectors, where lots include handbags named for film stars Grace Kelly and Jane Birkin, and sneakers worn by the late NBA star Kobe Bryant.