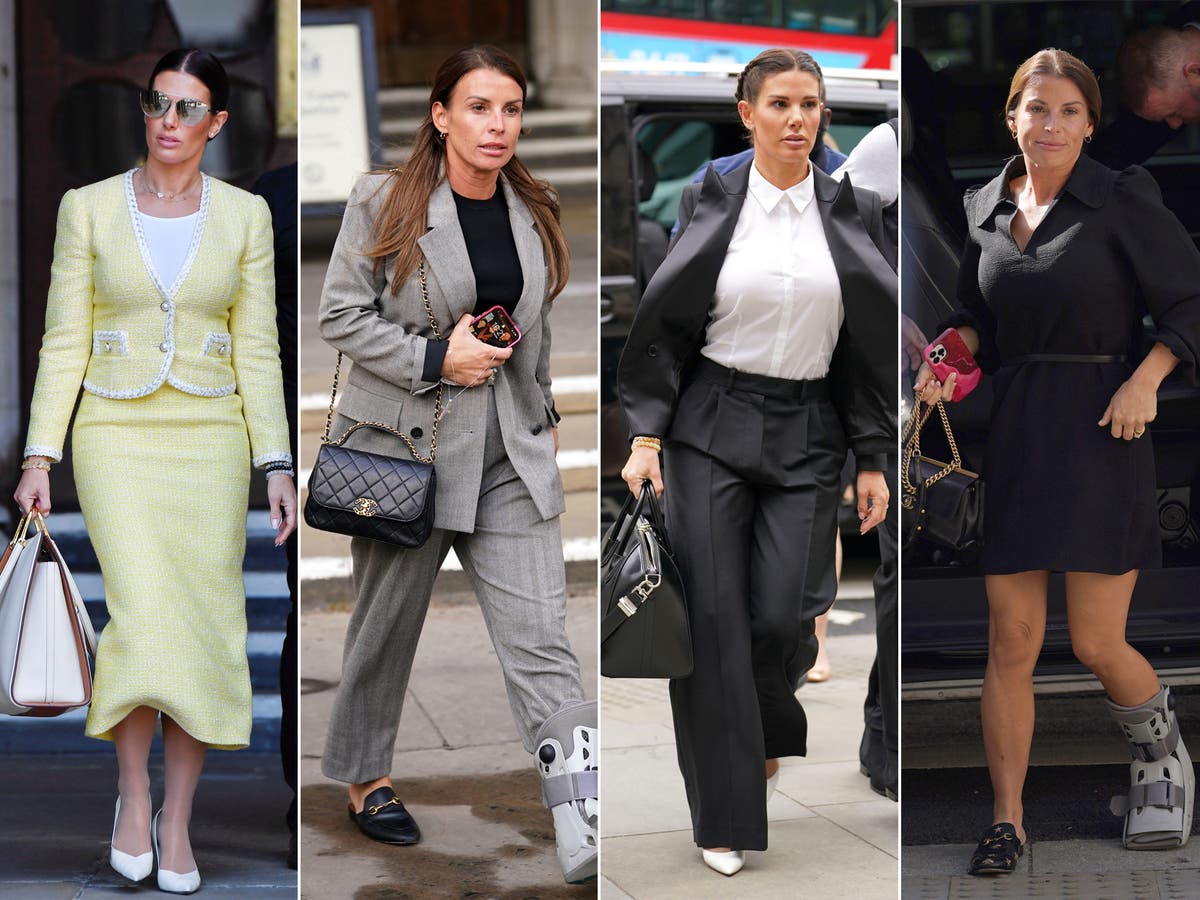 The much-awaited libel trial brought by Rebekah Vardy against Coleen Rooney is drawing to a close as lawyers give their closing arguments.

Rooney is facing legal action after she accused Vardy, wife of Leicester City striker Jamie, of leaking “false stories” about her to the tabloid press.

In a tweet published in October 2019, Rooney, wife of ex-footballer Wayne, implied that Vardy had been sharing posts from her private Instagram account with The Sun newspaper.

Rooney said she had grown suspicious that someone whom she “trusted” had been behind the leaks. In a bid to catch out who was sharing the information, the social media sleuth had restricted access to who could see posts to her private Instagram Story.

“After a long time of trying to figure out who it could be, for various reasons, I had a suspicion. To try and prove this, I came up with an idea,” she explained.

“Over the past five months I have posted a series of false stories to see if they made their way into The Sun newspaper. And you know what, they did!”

She alleged: “Now I know for certain which account / individual it’s come from. I have saved and screenshotted all the original stories which clearly show just one person has viewed them. It’s ……………. Rebekah Vardy’s account.”

Vardy denied the allegations, writing in a post to her own Twitter account that she “never” speaks to journalists about Rooney and that she is “so upset” by the accusation.

“If you thought this was happening you could have told me and I could have changed passwords to see if it stopped,” she wrote.

“Over the years various people have had access to my [Instagram] and just this week I found out I was following people I didn’t know and have never followed myself.

“I’m disgusted that I’m even having to deny this. You should have called me the first time this happened.”

As the trial continues at the Royal Courts of Justice, we’ve taken a closer look at both women’s courthouse style.

Both women have stuck to a muted colour palette so far, opting for either black, white or dark blue hues.

Natascha Radclyffe-Thomas, a professor at the British School of Fashion, says Rooney and Vardy are likely using their clothing to communicate the seriousness and importance of the trial.

“It is not the time to experiment, and so their choices of neutral colours (clothes and make-up), tailored looks and sleek hair, are deliberately conservative, designed to instill confidence that they are all about the business,” Thomas tells The Independent.

While Rooney has been sporting a mixture of luxury and high-street brands, Vardy’s courthouse wardrobe has been brimming with designer pieces from Prada, Dior and Chanel to name a few.

Here’s a breakdown of both women’s looks.

Both women wore smart, dark-hued ensembles for the first day of court proceedings.

Rooney arrived in a £1,565 Mugler blazer with statement shoulders, worn over a navy-blue t-shirt. She wore a slip-on Gucci Princetown mule (£615) on one foot, sporting a foot brace on the other.

Last month, Mail Online reported she was wearing the brace after suffering a fracture from a fall at home.

Rooney looked to the high street for her second day appearance, opting for a short, black and white printed dress from Zara which retails for £32.99. She accessorised with a patent black Chanel loafer and matching handbag.

Vardy arrived in a full black look, including a high-neck maxi dress from Prada (£1,780), worn under a matching £1,245 blazer from Alexander McQueen. She completed the look with a black Givenchy Antigona tote bag and sunglasses.

Louisa Rogers, a lecturer on Fashion Communication at Northumbria University, tells The Independent she thinks Rooney chose to wear the Zara dress to portray a “more relatable and wholesome image”, while “Vardy feels more unforgiving, opting to keep her black sunglasses on to depersonalise herself”.

“Vardy’s look overall is more polished and more tailored – even her hair being slicked back in a low ponytail gives off an aura of business-like detachment,” she says.

Both Vardy and Rooney stuck to a limited colour palette on Thursday.

Rooney arrived at court wearing a black puff sleeve top, which appears to be the style “Surya” from French designer Isabel Marant (£580).

She paired it with black trousers and the same Gucci mule from earlier this week.

Vardy wore a calf-skimming blue and white patterned vintage Chanel dress (£1,316), under a navy-blue blazer from US-based designer Veronica Beard (£556). She completed the look with matching heels, dark sunglasses and a £650 tote bag from Aspinal of London.

Rooney wore another ensemble from Zara on Friday, arriving at the courthouse in a stone coloured blazer (£69.99) with matching cropped trousers (£32.99), worn over a t-shirt.

She paired the high-street look with a Gucci mule embroidered with stars and bees, and a Chanel shoulder bag.

Vardy also chose a neutral look. She opted for a straight-leg black suit, worn over a white button-down shirt. She accessorised with the same Givenchy tote bag she was seen carrying earlier this week, and beaded bracelets.

Switching out her muted colour palette from last week, Vardy arrived at the courthouse on Monday wearing a sherbert yellow co-ord from Alessandra Rich (£2,095).

She wore the pearl-adorned jacket over a white T-shirt, and accessorised with white heels. She also carried an Alexander McQueen handbag, in the style “The Tall Story” (£1,890).

Meanwhile, Rooney opted for another grey ensemble. She wore a trouser suit from The Kooples (£605) over a black T-shirt, and accessorised with a matching Chanel handbag and Gucci mule (£615).

For the sixth day of the trial, Vardy opted for a navy-blue suit. She paired her tailored trousers with a matching jacket featuring structured shoulders and gold button detailing. She completed the look with matching navy heels.

Meanwhile, Rooney arrived wearing a black mini dress with full length sleeves, a belted waist and puffed shoulders. She accessorised with a Chanel crossbody bag and a Black Gucci mule, embroidered with stars and bees.

Arriving at the courthouse on Thursday, Vardy’s appearance was a marked departure from her previous looks, as she chose to forgo her usual sunglasses and wear her hair down.

She wore a black blazer (£600) and matching trousers (£300) from Veronica Beard, with a green ribbed top. She accessorised with patent black heels and gold necklaces.

Rooney was not in attendance on Friday as she is on holiday with husband Wayne and their children, according to Mail Online.

TikToker tries out food at UK’s ‘most expensive chippy’ | Lifestyle