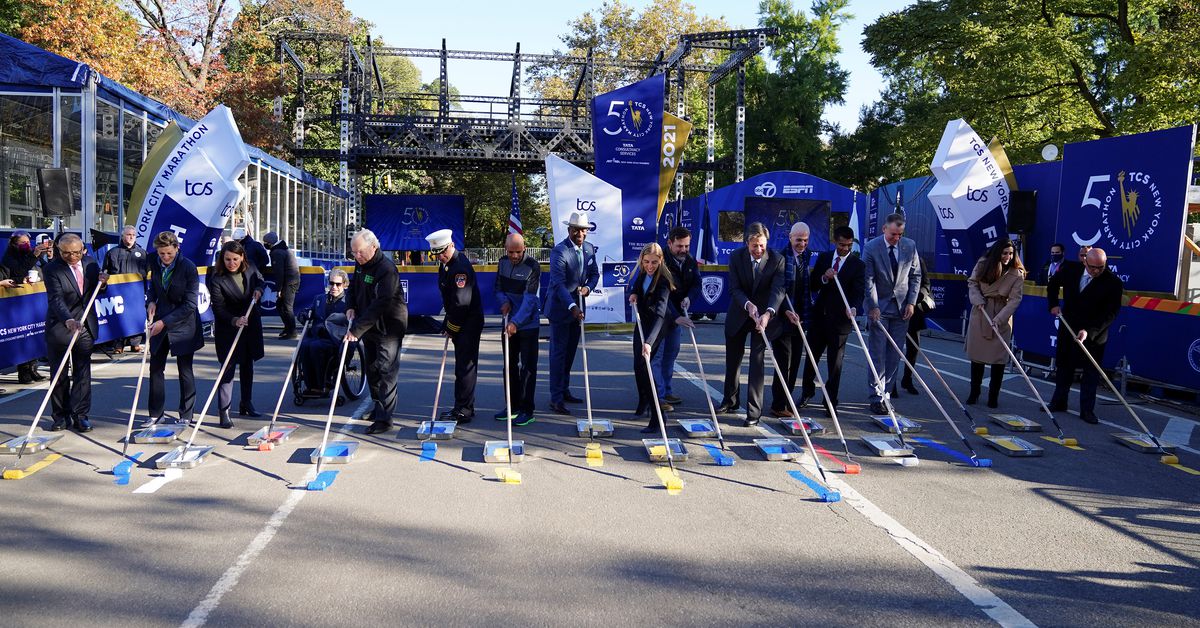 NEW YORK, Nov 3 (Reuters) – The TCS New York City Marathon is back live for its 50th anniversary on Sunday after 2020’s virtual run, with participants raring to cross the blue finish line painted inside Central Park.

The marathon went virtual last year because of the COVID-19 pandemic, with nearly 16,000 runners finishing their own 26.2-mile (42.2 km) course in 108 countries. The event, which began in 1970, has grown from a local road race in Central Park to the world’s largest marathon.

About 33,000 participants will cross all five of the city’s boroughs on Nov. 7.

“To have the run is incredible,” said Meb Keflezighi, 2009 New York City Marathon champion and a 2004 Olympic silver medalist, calling it “a celebration of life.”