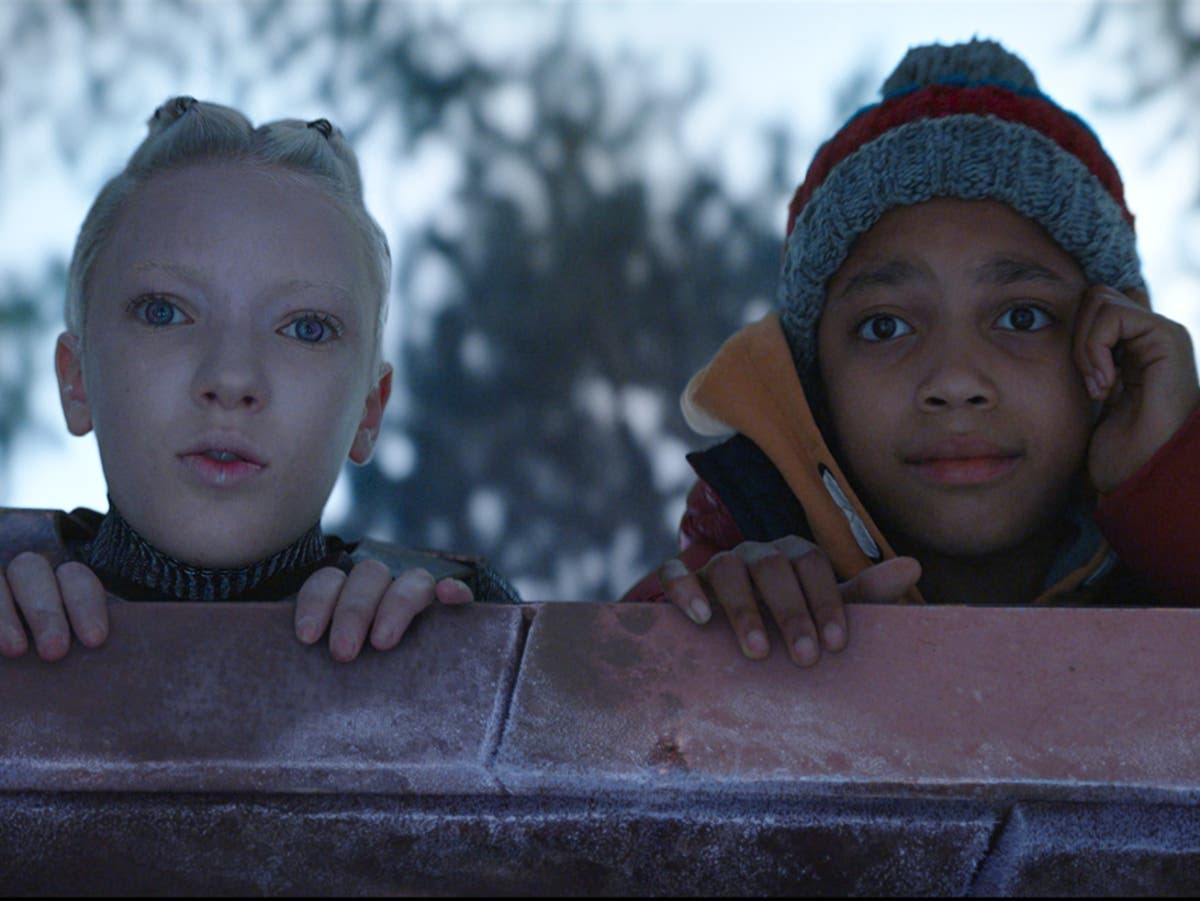 John Lewis has given fans an early Christmas present in the form of an out-of-this-world guest with its 2021 Christmas advert, which hits our screens around a fortnight earlier than usual.

The retailer is hoping to give people that warm, fuzzy feeling of Christmas after so many of us missed out on our festive traditions last year when the UK was under lockdown.

This year’s advert is a return to form for John Lewis, who has pulled out all the stops both in terms of production and heart. The two-minute film, titled “Unexpected Guest” sees the arrival of Skye, an alien being who crash lands in the woods somewhere in rural Britain. She is discovered by Nathan, a young boy who introduces himself with his light-up Christmas jumper.

The story follows Nathan and Skye as he shows her all the small things that lead up to Christmas – lighting up the Christmas tree for the first time, sneaking her a mince pie from the dinner table, seeing the first flakes of snow fall, and watching Christmas movies.

According to John Lewis, these were all moments that customers have been craving after being unable to celebrate with loved ones last year. The advert aims to offer a sense of “togetherness and escapism”, as well as “celebrate the magic of Christmas moments experienced for the first time”.

Claire Pointon, director of customer, said: “There is nothing more magical than discovering the joy of Christmas for the first time and enjoying your favourite festive moments with loved ones.

“After the last 18 months, we wanted our advert to really celebrate this as we look forward to a brighter future.

“Through the story of Skye and Nathan, we celebrate friendship and are reminded of the joy of experiencing Christmas for the first time.”

It’s not the first gig for actors Raffiella Chapman (Skye) and Jordan A. Nash (Nathan). Chapman has previously starred in The Theory of Everything alongside Eddie Redmayne when she was just five years old, while Nash starred in the 2020 fantasy film Come Away opposite Angelina Jolie and David Oyelowo.

The ad sees the pair take those first shy steps towards friendship, and the bond that comes with sharing and embracing one another’s cultures. But eventually, Skye fixes her spaceship and has to return to her home planet. We see Nathan running through the woods to find her getting ready to go, and she gives him a kiss on his cheek – a gesture she learned while they watched Christmas movies together.

The ad ends with Nathan’s eyes filling with tears as Skye flies away in her space ship to the sound of up-and-coming British artist Lola Young’s soothing voice singing “We’ll always be together in electric dreams”. The viewer is left with a bittersweet taste on the tongue as the pair part ways.

The song is a cover of “Together in Electric Dreams”, first released by Philip Oakey and Giorgio Mororder in 1984. In true John Lewis fashion, the iconic synthpop song is re-rendered as a slower ballad, but when you hear the four notes early in the advert, it is unmistakeable. In choosing Young to sing, John Lewis continues its support for new British talent and said she was picked for “her rich and unique sound which brings to life the magic of the advert”.

Although John Lewis declined to reveal a budget, the retailer said that it was in line with the previous year’s spending. The film was created in partnership with communications agency adam&eveDDB, who John Lewis also worked with to produce last year’s “Give A Little Love” campaign.

Fans of the advert can buy a version of Nathan’s Christmas jumper, which he gifts to Skye before she leaves. However, in a bid to be more sustainable and for the jumper to last for multiple Christmases, the version available in-store does not light up. The jumper will cost between £14 and £29 depending on size, and is available across the retailer’s women, men and children’s lines, with 10 per cent of the profits going to charities FareShare and Home-Start UK.

Customers keen to recreate the look of the advert will be able to shop key scenes and make purchases directly on the John Lewis website. For the first time, customers subscribed to John Lewis’ loyalty programme will also be able to interact with the advert via an exclusive virtual experience on the app and website.

Members can explore the settings in the advert through Nathan’s eyes and discover hidden characters from previous adverts as well as other augmented reality (AR) characters. They can also access downloadable prizes for children, such as printable toys and activities, and will get to see behind-the-scenes footage exclusive to the programme.

Overall, the ad reminds us to show kindness to everyone we encounter – now, and beyond the festive season.

Three non-boring recipes to brighten up your week