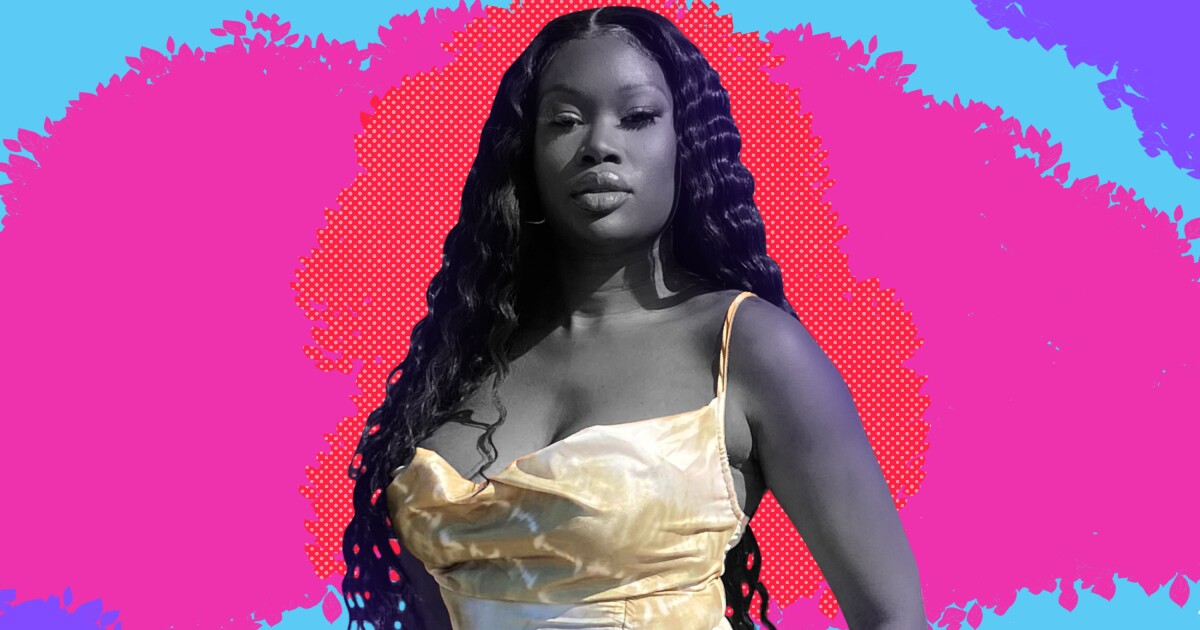 Some people are comfortable talking about orgasms with anyone who’ll listen. For the rest of us, there’s Dami Olonisakin.

Olonisakin — better known as Oloni — has spent the last decade dispensing sex and relationship advice on her website Simply Oloni, a BBC Three show, her Twitter and Instagram accounts, and her podcast “Laid Bare.” Recently, the British Nigerian expert brought her sexual health and wellness gospel stateside with the help of Saweetie on Netflix’s “Sex: Unzipped.”

Throughout her career she has focused on centering the sexual experiences of women, particularly Black women, and giving us space to tell our stories.

“I wanted to celebrate sexuality a lot more for Black women and show us that we can be sex positive, show us that we don’t need to shame other women for how they choose to have sex: celibacy, within marriage, relationship, casual sex, never wanting to even have sex, abstaining,” she said. “Whatever it might be, just making sure that we are educated in sex properly.”

Many people will know Oloni from her (in)famous Twitter threads, where she solicits screenshots and responses to sex and relationship questions. While some posts encourage people to reply directly with their Twitter accounts, many are anonymous. The questions range from sweet (“Ladies text your special person and say ‘Why do you love me? Explain a little.’ ”) to scandalous (“LADIES & LADIES only!! EYE want you to DM me a time you successfully stole someone else’s man.”)

The stories about cheating and misbehaving tend to get more engagement than stories about loving and healthy relationships, but that hasn’t stopped her from trying to balance the two. Her timeline is a testament to the combination of fear (of being hurt, disappointed, deceived or embarrassed) and hope (that we’ll be seen, appreciated, respected and loved) that exists in everyone who’s ever downloaded a dating app or slid into someone’s DMs.

We spoke with her about sex positivity, the “jungle” that is the dating scene and why it’s important to heal before putting yourself back out there.

This interview has been edited for clarity.

How do people unlearn being — I don’t know if repressed is the right word — but how do people learn how to be sex positive?

There’s so many ways you can be sex positive if you don’t know how to be. You can do that through research, you can do that by being that voice in your friendship group, being the first to be like, “Girls, let’s talk about pleasure. What’s it like between you and your partner?” Having those conversations and allowing your friends to feel like it’s a safe space, not making them feel awkward when they want to talk about sex. Don’t shush them or make them feel like they’re a slut just because they want to enjoy pleasure, because it doesn’t make you a slut; it makes you a person who has desires and feelings.

[It also means] allowing people to live in their truth in terms of how they see sex and just respecting people’s sexual choices and their decisions. It could be sex in marriage, it could be casual hookups, it could be a one-night stand. It could be whatever, but just understanding and respecting people’s decisions and just doing research for yourself. Being sex positive means that you’re doing the work to also unlearn certain things that have been taught to us.

Sometimes the responses to your Twitter threads — for example the “When did you realise he hated you?” — can make it feel as if dating is emotionally dangerous, like, “Hmm, let me not even go there.”

It’s interesting because, just like with anything, negative press gets the most press. I like to do positive ones as well. Even recently I was just like: Ask your partner or your special person or your best friend why they love you. And it did well. People were still upset that they weren’t getting messages about why they were loved. But of course it didn’t see anywhere near the engagement to how crazy the dating scene can be if I ask questions, such as “Tell me a time where you realized he hated you” or “Tell me a bad date story.” It doesn’t because I guess that’s just life.

I try to balance it out, but it still doesn’t deny that — I call it the jungle, the streets — it doesn’t change the fact that the streets are crazy. I accept that dating is not easy. Just before this interview, I was on the phone to my friend just giving her words of encouragement because she’s going through her own madness in the dating scene.

What is it about modern dating? On your podcast you talked a little about how people are competing to seem like they’re the least interested, the least invested. Is that the problem or something else?

People are tired, honestly. Everyone is tired.

Just like we have Instagram in the palm of our hands, we have dating apps in the palm of our hands. So dating is a lot harder, because people might be pretending to be something that they’re not, people might be there to just hook up and sell dreams and pretend that they’re after a relationship or they’re serious about dating, but that’s not their true intention. And it can be a bit stressful.

But I definitely do feel like women and men are in a battle of who can care the least. I mean, not all of us, of course. But when I see certain tweets on social media, I’m just like, “Oh, God, this isn’t normal.” It’s not normal to put up a front and pretend that you don’t care about something. It’s OK to feel it doesn’t make you a simp, it doesn’t make you soft.

What’s your advice for people who think that the jungle is a mess? They’re just like, “I’m out here on the streets, and I don’t want to be here anymore.” How can they be more optimistic about dating?

Understand that, just like with anything good in life, it won’t always be easy to come by. Understand that you’re not alone. Everyone has gone through it. Women will message me like they’re the only ones who are going through this heartbreak. I’m just like, “Girl, listen. I get messages like this every single day. You will be fine, you’re not alone.” I always like to say, “This too will pass,” because it really will.

I referred to a girl who I saw tweeting saying that she knows how to care the least in a relationship. If you go in with that mindset, man or woman, you’re not going to get the greatest results. If you’ve got that kind of mindset and you’ve got someone who could possibly be good for you, you kind of almost self-sabotage, because you’re already waiting to treat them like s—. Why are you in the dating scene if you feel like you’re already getting ready to treat someone in a terrible way because you’ve been hurt before? So I feel like it’s important to make sure that you heal.

Just try to go in positively and understand that not every person that you go on a date with will be the love of your life. They could be good friends, they could be a good lay. When you’re dating, you might find something you really like in someone, and it might not be that person you want to date, but it helps you understand the person you want to be with. It allows you to know who you really want to be with and what you look for or what you desire in another person.