Meet Glaive, the 16-year-old star of the hyperpop revolution 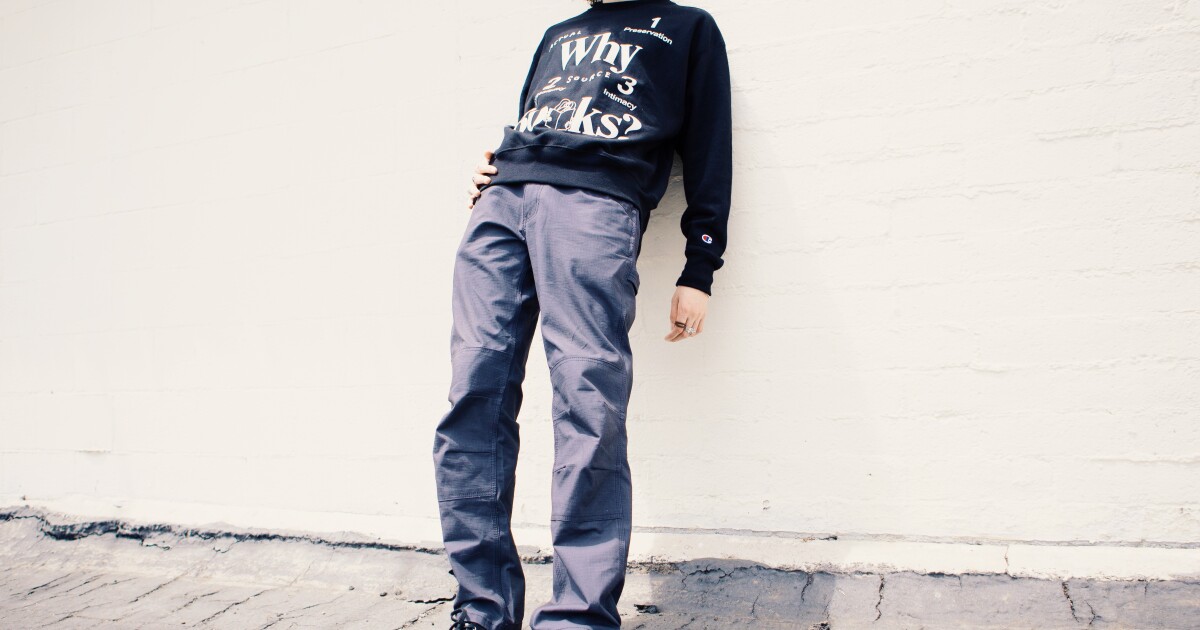 Glaive’s grades suffered so that his music could thrive.

Attending high school virtually last year due to the COVID-19 pandemic, this restless teenage musician — now a breakout act from the internet-based scene known as hyperpop — admits he paid scant attention to his instructors’ Zoom lessons as he sat in front of a computer at his home in the Blue Ridge Mountains of North Carolina.

“It was awful, education-wise,” he says, adding that anyone listening closely enough might hear one of his teachers talking in the background of his song “Stephany,” which he recorded while technically in class. “But that’s when I started making music. So if that school year didn’t happen — if it didn’t suck as bad as it did — then who knows what I’d be doing right now?”

What Glaive is doing on a recent afternoon, barely a year after he posted his first songs on SoundCloud, is preparing in a Burbank rehearsal studio for several upcoming performances, including a sold-out gig Friday night at the Roxy. Dressed in a baggy black sweatshirt, bracelets jangling around his wrist, the floppy-haired 16-year-old — who’d never experienced live music before seeing the rapper Playboi Carti at this past summer’s Lollapalooza festival — opens his backpack and pulls out a beat-up laptop.

“You can tell I’ve had it for a minute because there’s a f— ton of stickers on it,” he says.

Glaive, whose real name is Ash Gutierrez, used this laptop to create the songs that earned him a deal with Interscope Records, which over the last 12 months has released a series of EPs with millions of streams each on Spotify; his latest, “Then I’ll Be Happy,” is a collaboration with a fellow hyperpop artist, Ericdoa, with whom he’ll appear at the Roxy.

True to the name of his burgeoning genre, Glaive’s music has a punky, proudly frenetic energy, with buzzing synth riffs and highly processed vocals over distorted beats that can explode suddenly into double-time spasms. (Other likeminded hyperpop acts, who began coalescing around a popular Spotify playlist with more than 240,000 followers, include 100 gecs, Midwxst and Osquinn.) The sound feels indelibly tied to the pandemic, in terms of both its methodology — no need for social distancing when you’re working alone in your bedroom — and its raw, scatterbrained emotion, which has attracted Gen Z-ers deeply familiar with the overstimulated sensation of staring at a screen or two for hours on end.

“Thank heavens he had the music,” says Glaive’s mother, Rebecca Gutierrez, who reckons her son didn’t leave the house for the first six months of quarantine. “Without that outlet, I don’t know what he would’ve done.”

Yet Glaive’s talent suggests he’d have found his way to music even if unforeseen circumstances hadn’t thrust it upon him. For all their jagged textures, songs like “Astrid,” “2009” and “I Wanna Slam My Head Against the Wall” carry sweet, shapely melodies nearly as catchy as those on Top 40 radio. And lyrically he captures the awkwardness and frustration of adolescence with wit and detail, as in “Touché,” where he rhymes, “I been taking melatonin just to catch me some sleep” with “I been wasting serotonin but, hey, at least it’s free.”

Matt Morris, Glaive’s A&R rep at Interscope, says he was struck by the freshness of the artist’s sound — the blend of melancholy tunes with an almost ecstatic rhythmic drive — but that it was his songwriting that really drew him in. “And Ash was 15 when I first heard his stuff,” says Morris, who also signed Olivia Rodrigo. “I couldn’t believe someone so young was writing songs that were so well crafted.”

Adds Ericdoa, who at 18 says he thinks of Glaive as a little brother: “The kid writes like he’s been alive for eons.”

Glaive was born in Florida but moved to Hendersonville, N.C., with his parents — his dad is a former professional polo player whose career was managed by his mom — after his father retired when Glaive was around 10. “It’s a small Southern town that definitely sleeps at night,” he says. At school he was a “serious, reserved, calm-ass, didn’t-talk little kid”; at home he played video games, including one featuring the medieval weapon that gave him his stage name, and surfed SoundCloud.

Lil Peep’s moody yet polished emo-rap was a key discovery. “The guitars and trap drums and heavy 808s — I’d never heard anything like that before,” Glaive says. Peep’s death at age 21 from an accidental overdose in 2017 left him reeling. “I felt like I lost someone I knew, which is kind of corny. But it was a lot.”

Before COVID, Glaive was a straight-A student, according to his mom. Uninspired by remote learning, though, he began tooling around with recording software; he’d find a beat online, then mumble his way to a melodic structure. He sang about whatever was on his mind, which as often as not was girls — standard procedure for emo boys across generations, though Glaive’s music eases up a bit on the harshly accusatory tone that defined emo in the ’90s and 2000s.

“I have a few songs from the perspective of a male manipulator character, but that’s not how I am, I don’t think,” he says with a nervous laugh. (Glaive stands 6-foot-4 but stoops in a way that makes him look slightly smaller.) “I don’t ever try to be rude or aggressive to anybody. So if I do get upset about a relationship thing, I’m never like, ‘F— them.’ It’s always like, ‘Damn, I’m sad.’”

Glaive made his debut EP, “Cypress Grove,” at home. But he traveled to Los Angeles for the first time early this year to assemble its follow-up, “All Dogs Go to Heaven,” with help from producers such as Nick Mira, known for his work with Lil Tecca and the late Juice WRLD, and Blink-182’s Travis Barker. He didn’t necessarily need to come to the music industry’s capital, he clarifies: “I just brought the same laptop and the same mouse to the studio.” Still, waking up every morning in a nice Airbnb with a view of the Hollywood sign — “I mean, it was definitely a good time,” he says.

Glaive isn’t the only hyperpop act inching toward the mainstream, nor is he alone in saying that a genre that emerged from a group of digitally connected pals has broadened to the point of meaninglessness. The rock-leaning 100 gecs is readying its first major-label album for Atlantic Records, while Midwxst is on the star-studded bill for this month’s Day N Vegas festival alongside rappers Kendrick Lamar and Travis Scott. Yet he might be the only one balancing his growing fame — “I’d be down to randomly write a Taylor Swift song,” he says half-jokingly — with a return to in-person school. Several days after our meeting, Glaive was due back in Hendersonville for a few weeks of classes before heading out on the road again.

“I am not hyped,” he says, explaining that he and his parents have hatched a tentative plan with his school’s principal that would allow him to graduate by the end of this semester. Has he considered simply dropping out? “My mom would never let me do that,” he says. (Confirms Rebecca Gutierrez: “Finish high school, then do music.”)

It’s not that he hates every subject. “English class, you can learn some cool stuff to reference,” he says, and indeed Romeo, Juliet and Marie Antoinette all turn up in his song “Amulet.” “But I can guarantee that I will have no need for algebra in my musical career.”

Asked whether he’s heard the latest album from Billie Eilish — another teenage musician whose “Happier Than Ever” paints a bleak portrait of the pop stardom Glaive seems to be headed for — he nods and says the record made him sympathize with her.

“But she was getting famous at like 13 and 14,” he notes. “Those are your development years. And obviously she’s a woman in the music industry, which is way worse — every single person in the world talking about the way you look, the way you act, yadda yadda yadda.

“Personally, 16, I feel like I’ve reached a level of maturity, and I know what’s going on enough to understand it.”