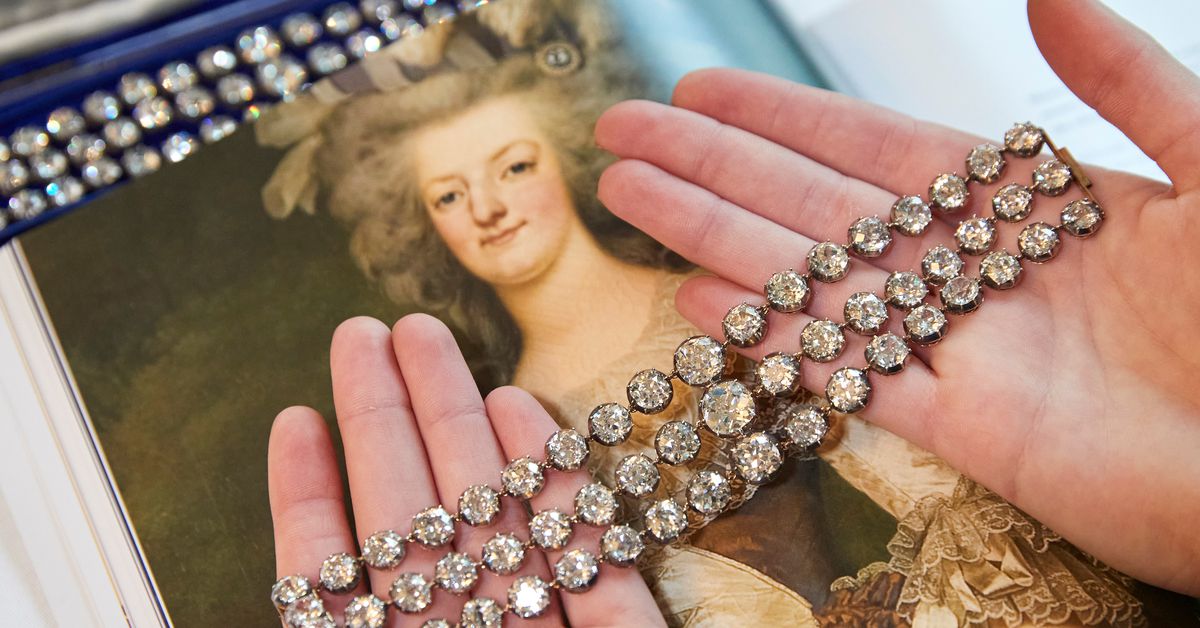 GENEVA, Nov 3 (Reuters) – Diamond bracelets that belonged to Marie Antoinette and a ruby and diamond bangle offered to the Duchess of Windsor by her husband on their first wedding anniversary will be on the auction block in Geneva next week, Christie’s said on Wednesday.

A blue velvet box bearing a label “bracelets of Queen Marie Antoinette” holds the double bracelets, each composed of three strings of diamonds and a large barrette clasp, for a total of 112 diamonds.

The bracelets, now the property of a European royal family, are expected to fetch $2-4 million at the Nov. 9 auction, Christie’s said.

“To find jewels with over 200 years of French royal history is truly something that collectors and passionate jewellery people from all over the world will be keeping an eye on,” said Max Fawcett, head of Christie’s jewellery department in Geneva.

“How much is someone willing to pay for something from the last queen of France? We have seen the results before of things sold by Marie Antoinette, that there really is no limit to how high these can go and I’m expecting fireworks on Tuesday.”

Marie Antoinette, who sent a letter from prison in the Tuileries in Paris saying that a wooden chest with jewels would be sent for safekeeping, was guillotined in 1793. Her surviving daughter Marie Therese, Madame Royale, received the jewels on her arrival in Austria, the auction house said.

An Art Deco ruby and diamond bangle, ordered by the Duke of Windsor from Cartier, was offered to his American wife on their first anniversary in the south of France by the man who gave up the throne to marry the duchess, Christie’s said.

The Duchess’s collection of designer jewels was first offered at auction at a sale held along Lake Geneva in 1987, where bids soared, far exceeding pre-sale estimates.

Rival Sotheby’s will offer Russian royal jewels smuggled out of the country during the 1917 revolution, alongside rare coloured diamonds, on Nov. 10 in Geneva.

Sotheby’s told Reuters it was looking for deep-pocketed collectors emerging from the coronavirus pandemic. read more

Four-day work week: Who has trialled it and was it successful?

The best picture winner needs a screenplay nomination. Which movie might be in trouble?