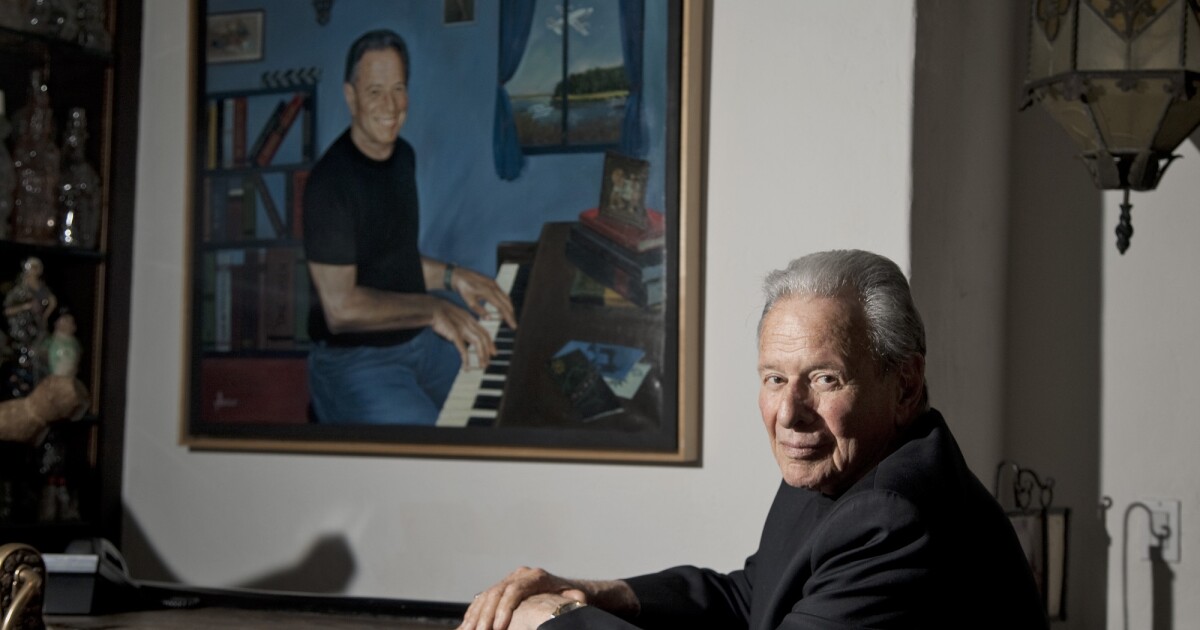 Producer Mace Neufeld, whose credits over his nearly 50-year Hollywood career included hits such as “The Omen,” “The Hunt for Red October” and “The Equalizer,” has died at his home in Beverly Hills.

Neufeld died peacefully in his sleep Friday morning, according to his wife, Diane Conn. He was 93.

A prolific producer with old-school Hollywood charm and a Renaissance-man résumé, Neufeld had a knack for identifying properties that would connect with a wide audience, regardless of genre. But he found some of his greatest successes with thrillers, shepherding to the big screen five films featuring author Tom Clancy’s CIA analyst Jack Ryan, including “Patriot Games,” “Clear and Present Danger” and “The Sum of All Fears,” as well as 1987’s “No Way Out,” with Kevin Costner, and 2014’s “The Equalizer,” starring Denzel Washington.

The son of a New York stockbroker, Neufeld studied 17th century metaphysical poetry at Yale before making a sharp turn toward the entertainment business. After working as a songwriter (Sammy Davis Jr. recorded his song “Blues to End the Blues”), Neufeld established himself as a successful talent manager, building a roster of clients including Randy Newman, Don Knotts, Captain & Tennille, The Carpenters and Jim Croce.

After relocating to Los Angeles, Neufeld moved into producing TV and movies in the 1970s, notching a big-screen hit right out of the gate with the 1976 horror film “The Omen.” Centered on a creepy, demonic boy named Damien, the film, which starred Gregory Peck, became one of the highest-grossing blockbusters of that year.

“He was a great risk-taker,” said Neufeld’s son-in-law, screenwriter and producer Trey Callaway. “He mortgaged his house to make ‘The Omen’ and then just never looked back from that.

“But I think the reason people hold him in such high regard is that he always put the project and the artists first. It was never about the deal for him. It was always about, ‘How can I find the best people to help me tell the best story?’ ”

In 1990, Neufeld brought Clancy’s Jack Ryan to the big screen with “The Hunt for Red October,” starring Sean Connery as a Soviet submarine captain seeking to defect with the help of Alec Baldwin’s Ryan. The film grossed more than $200 million worldwide, spawning an enduring franchise that over the years would feature some of Hollywood’s most prominent leading men in the role of Ryan, including Harrison Ford, Ben Affleck and Chris Pine.

Neufeld continued working late into his life, serving as executive producer on Amazon’s series “Tom Clancy’s Jack Ryan,” with John Krasinski taking on the character. ”As recently as a week and a half ago, he was still asking me, ‘What are we working on?’ ” said Callaway.

”You go out and find good material and you stick with it and don’t give up on it,” Neufeld told The Times in 2014. “ I figure I’ll continue doing movies as long as I can tie my own shoelaces.”

Neufeld, who was predeceased by first wife Helen, is survived by his wife, children Bradley, Glenn and Nancy, nine grandchildren and three great-grandchildren.