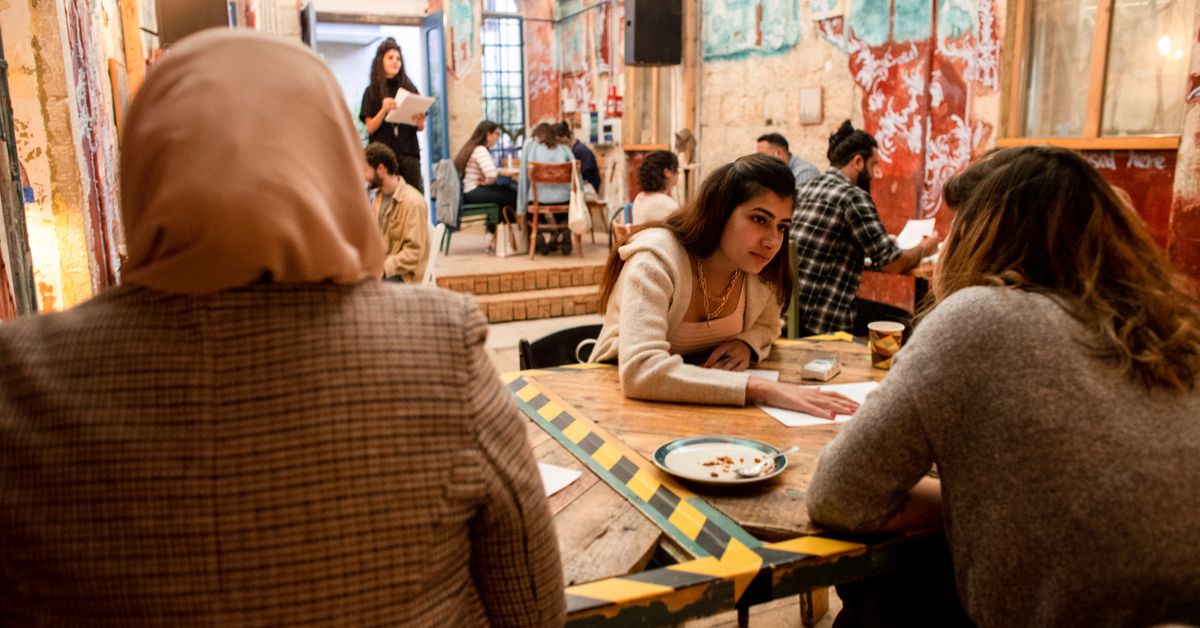 JERUSALEM, Nov 1 (Reuters) – A small group of Israelis and Palestinians in Jerusalem, a city of political, religious and cultural divisions, is trying to bridge a Hebrew-Arabic language gap through learning modelled on speed dating.

About 20 students meet weekly at a 19th-century villa, and sitting together, Jew facing Arab, they practise each other’s language, guided by cards spelling out simple scenarios that prompt dialogue.

When a whistle sounds every 20 minutes, participants rotate with new partners across tables arranged under colourful murals.

The encounters – quick and cordial, if sometimes awkward – help the Palestinians to improve the Hebrew required for dealing with Israeli authorities, and the Jews to deepen their grasp of Arabic.

Most Palestinians in Jerusalem live in its eastern sector, captured by Israel in the 1967 Middle East war. Only basic Hebrew is studied in East Jerusalem schools, making it difficult for Palestinians to achieve advanced proficiency.

“And it’s the same for Israelis – if they do study Arabic, it’s an Arabic you can’t use,” said Maya Giz, a Hebrew teacher, referring to the classical, and not commonly spoken, version of the language.

Giz, who initiated the project in 2019 with Sahar Mukhemar, a Palestinian sports instructor and a former student of hers, says the language exercises are a “crossing of a mental border” between the two peoples.

She said Palestinians and Israelis taking part in the programme share “the same embarrassment of talking and … (can) break this barrier of fear together”.

Jamila Khouri, a Palestinian, said learning Hebrew could help her and others “merge well in the community and find a job opportunity in a good field”.

Jewish participant Eli Benita said the language learning spoke volumes about coexistence, in a city where tensions in the Israeli-Palestinian conflict sometimes spill over into violence.

“I see that this is the only way to reach some kind of a peaceful routine of life here in this region we live in,” he said.