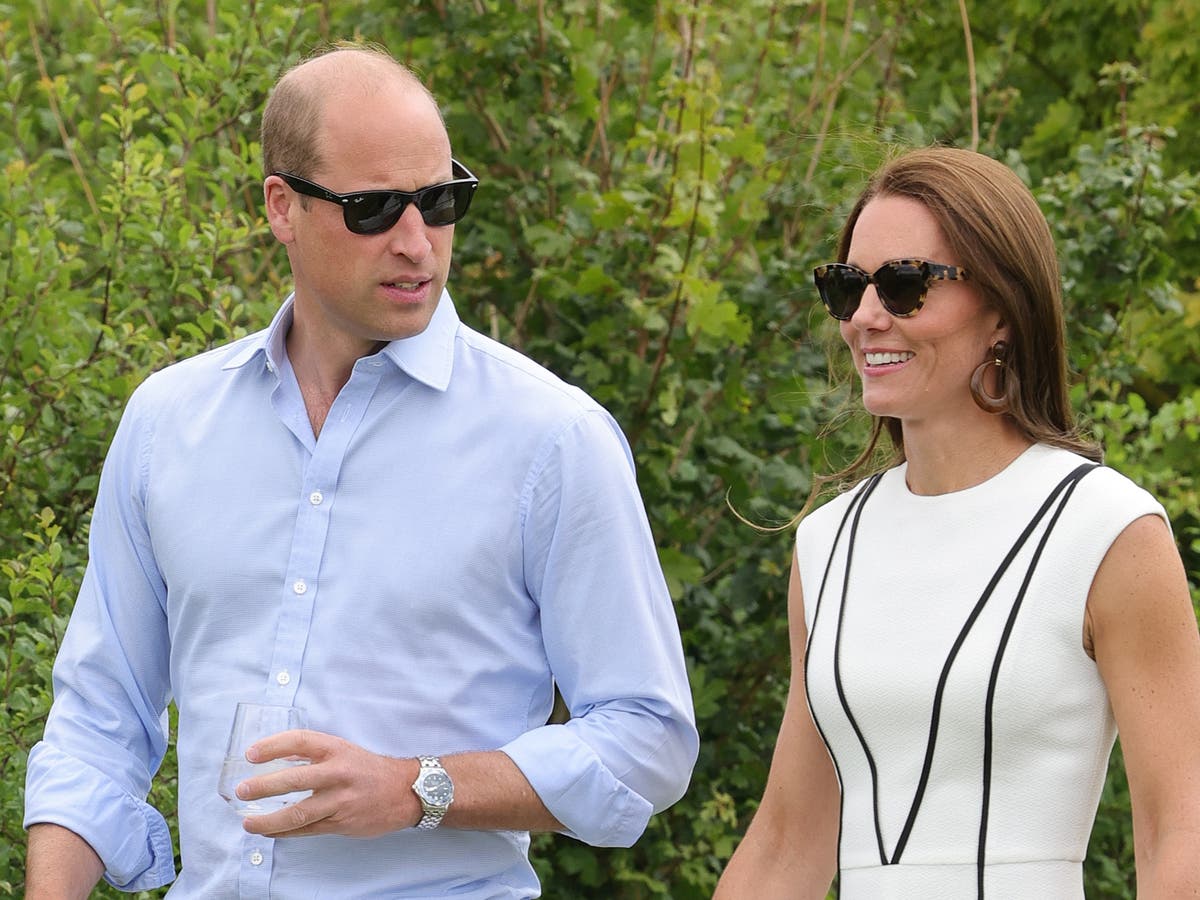 The Duke and Duchess of Cambridge shared a rare moment of PDA at a polo match on Wednesday afternoon.

The royal couple, who are notoriously private which it comes to publicly displaying affection for one another, were pictured embracing and sharing a kiss on the cheek after Prince William’s team won the tournament.

Kate Middleton then walked alongside her husband with her arms wrapped around his back.

Kate wore an ivory Emilia Wickstead dress to the match, while William was kitted out in his white and navy polo uniform.

The tournament raised over £1m for several charities supported by the Cambridges.

For the event, Kate arrived in a pre-worn blue dress with white polka dots. The Alessandra Rich dress featured a high neck, waist belt, three-quarter-length sleeves, and a midi-length hemline.

The pleated embellished polka-dot silk crepe de chine midi dress retails for £1,515, but The Outnet had it on sale for £454. It is no longer available to buy.

It is the second time Kate has worn the dress in the past month, as she donned it for the Big Jubilee Lunch as part of the Queen’s platinum jubilee celebrations at the beginning of June.

Kate was joined by her parents Carole and Michael Middleton in the Royal Box on Tuesday.

The Duchess appeared to blow a kiss to her parents in a video captured during the event, as the Middletons were seated a few rows away.

“Here’s a video of the Cambridges arriving at the Royal Box this afternoon. Look at our Duchess blowing a kiss to her parents who are also in the Royal Box sitting on the second row to the Cambridges’ left!” one social media user posted to Instagram.

Royal fans commented on the video, with one person saying they “loved this”, while another called the exchange “the sweetest”.