In interview filmed before he died, Bob Saget got emotional about a cause dear to him 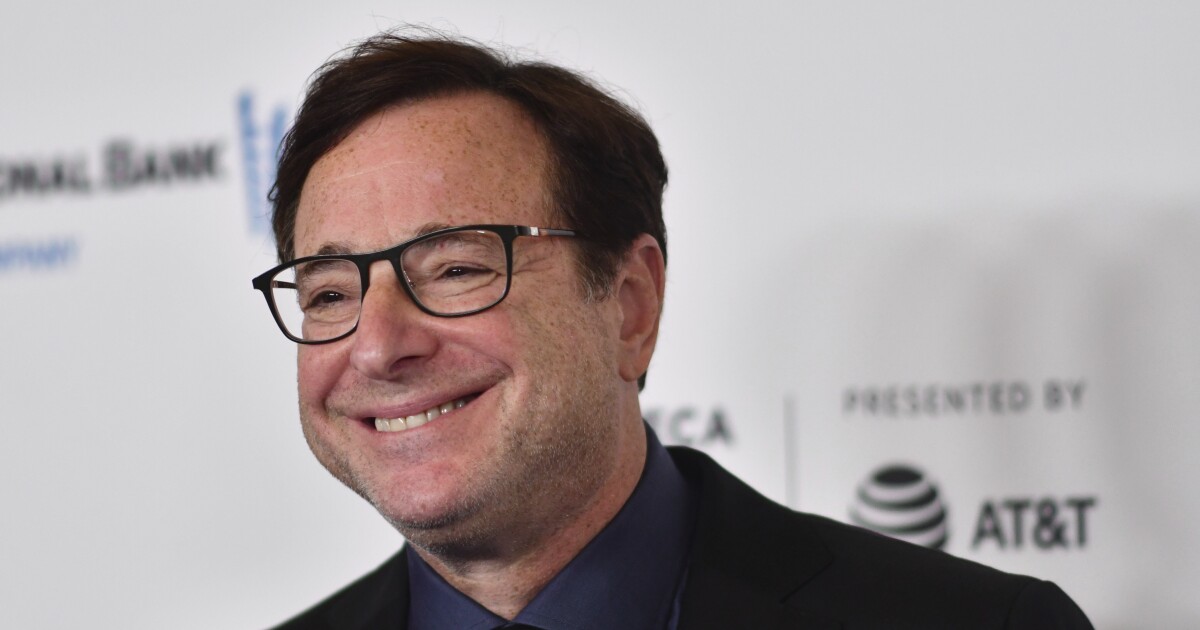 Just days after his death, Bob Saget got one more chance to speak out for a cause that was a driving force in his life.

Early last month, the comedian taped an interview for CBS News, talking about raising awareness of scleroderma, the autoimmune disease that killed one of his two sisters in 1994, when he was in his late 30s. That interview aired Friday on “CBS Mornings.”

“My sister should not be dead, and that’s one of the things that will keep me doing this until I’m gone,” he told his friend Dr. Jon LaPook, CBS’ chief medical correspondent, adding somewhat presciently, “I’ll do it when I’m gone.”

Gay Saget had a hard time getting diagnosed back in the early 1990s, when there weren’t the same treatments available as there are now.

“She went to a lot of regular doctors who said it could be lupus, it could be mental illness, it could be Epstein-Barr,” her brother said. “They named everything except what it was.”

She described feeling like her skin was on fire, the “Full House” alumnus said, and had a lot of fatigue. Ultimately it was a three- to four-year process that lead to her death.

Scleroderma affects about 300,000 people in the U.S., 80% of them women, and tends to be worse in Native American and Black women. It usually hits between ages 30 and 50 and can affect the skin, blood vessels, internal organs and digestive tract. Nowadays there are drugs and other treatments that can help people with their symptoms, especially when treatment starts early in the course of the disease.

Gay’s death clearly had a huge impact on her brother, who died last weekend in Orlando, Fla., at age 65. All through the interview, emotion welled up in him. “I can’t watch what happened to my sister happen to other people,” he said.

“We were all in the room when she let out her last breath and … I don’t know how to explain it, but it felt like — I mean, I’m gonna go all woo-woo here — but it felt like the soul going past us,” Saget said. “Literally felt it. I felt my hair kind of move.”

“Being an actor, that’s a very important thing, if your hair gets out of place,” he added, unable to resist a punch line. “Humor is the only way my family survived. It is so healthy to laugh and I’m out there doing it and I know it’s healing for people.”

Also healing for people: the $26 million Saget raised in his lifetime for the Scleroderma Research Foundation. He did so via an event called “Hot Comedy Cool Cuisine” and enlisted the likes of Robin Williams, John Stamos, George Lopez, Dave Chappelle and John Mayer.

(Mayer and comedian Jeff Ross paid emotional tribute to Saget earlier this week when they picked up Saget’s car at LAX and documented it on Instagram.)

Upon Saget’s death, LaPook said, the foundation got a final matching donation of $1.5 million. The doctor described his friend to the “Mornings” co-hosts as “a love, he was sweet, he was emotionally intelligent, he was a mush.” That tribute was one of several in an outpouring of love for Saget this week, including from his “Full House” co-stars.

“For me,” the comic said in the CBS interview, “it’s an homage to her and somehow telling her that her life had real purpose.”