In heart of Mexico City, tourists embrace Day of the Dead celebrations 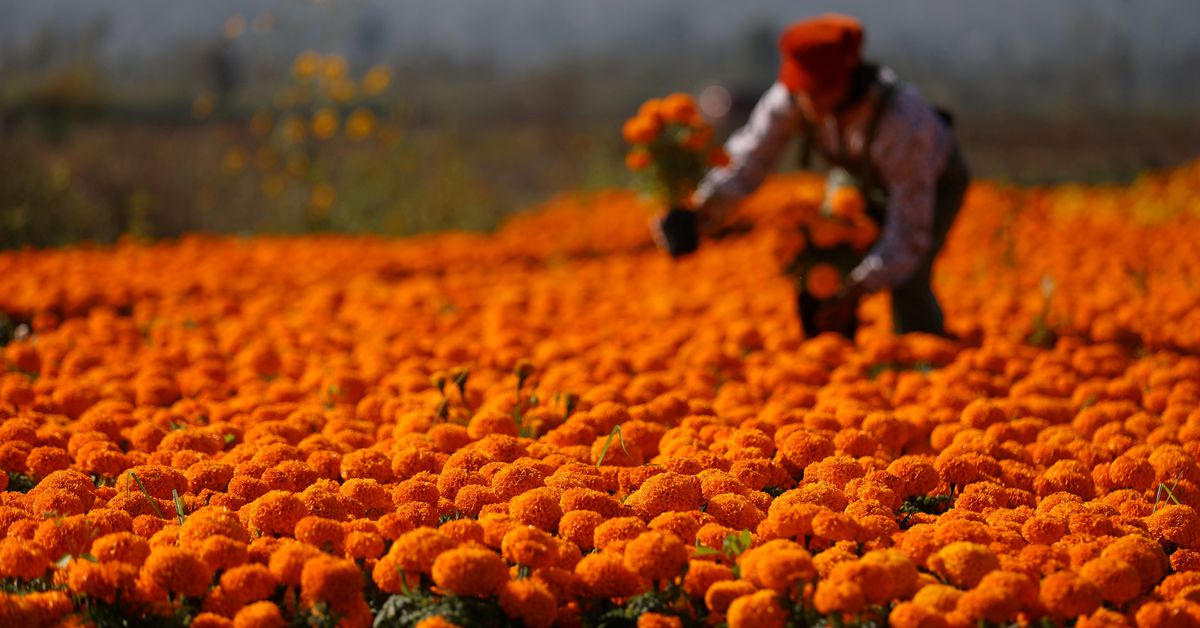 MEXICO CITY, Nov 1 (Reuters) – Foreign tourists and Mexicans taking part in Day of the Dead celebrations flocked to downtown Mexico City on Monday, drawn by elaborate offerings to the departed.

Shrines honoring the dead at the Zocalo are part of a tradition that blends Catholic rituals with the pre-Hispanic belief that the dead return once a year from the underworld.

“In people from all cultures, there’s this fear of death, but here you can see them celebrating that,” said Miguel Torres, a tourist from Colombia whose face and lips were painted in deathly black and white.

A woman harvests Cempasuchil marigolds to be used during Mexico’s Day of the Dead celebrations at San Luis Tlaxialtemalco nursery, in Xochimilco on the outskirts of Mexico City, Mexico October 28, 2021. REUTERS/Edgard Garrido/File Photo

“It’s important to get to know new cultures and to see that death is a new stage that sooner or later must come to everyone.”

Adorned with traditional Mexican bread as well as bananas, oranges and maize, the altars also had pictures of the elderly who had passed away. Tourists posed for photos next to giant white skulls painted with bright flowery images.

“The skulls, the shamanic part beneath it seems very profound to me, it goes to the roots of what the meaning of death is,” said Dayan Melendez, a U.S. tourist from Colorado.

“For me, it’s very emotional and I think we’re renewing the indigenous culture so it doesn’t scare me.”