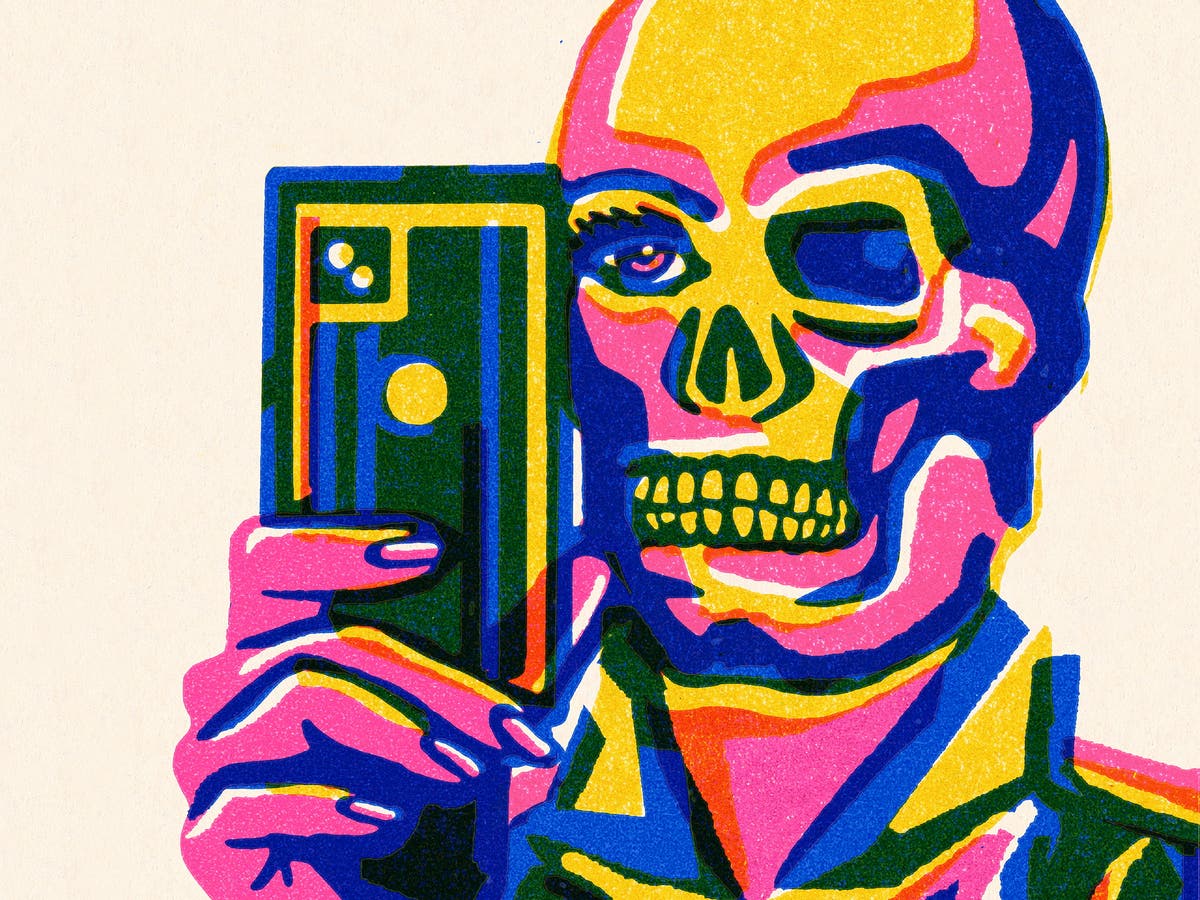 Recently, I looked out of my window and spotted a street urchin. “You there, boy,” I yelled. “Are you partaking in a hot girl summer? A healing girl summer? Perhaps even a feral girl summer?” He didn’t know what I was talking about. He didn’t engage when I asked him if Love Island perpetuates toxic ideas about love and gender. He showed signs of the dissociative pout, another thing he had not heard of. I left the young waif – not to be confused with the elusive Waif Girl – on his travels, but he got me thinking.

The way we understand online trends in 2022 is not dissimilar to how we picked up on trends as children. Briefly falling behind on the Instagram algorithm is like being off sick from school for a week and returning to the playground to find everyone’s wrists ringed by Silly Bandz. Even calling them trends feels more than a touch generous. They’re the definition of niche. Their lifecycle is clear at this point: a TikToker has a thought, then that thought gets picked up by an editor or writer, then it becomes explicated to within an inch of its life. A bit like what I’m doing right now.

There is, however, a benefit to these types of pithy trends. In particular, the “[adjective] [gender] [season]” trend, which has proven to be a versatile addition to our online lexicon since Megan Thee Stallion declared the middle of 2019 a “hot girl summer”. Culture magazine sub-editors have been dining off Stallion’s genius for three years now, and what started as a fun affirmation has grown into a series of concocted micro-cultures. No longer confined to the “hot girl summer”, there’s now the “healing girl summer” and the “feral girl summer”. For those loath to be restricted by one gender, there’s the opportunity to worship the short king or embrace/reject the tradwife, or go full goblin mode, somethingThe Face called “the ultimate anti-aesthetic”. The list goes on.

Online trends exist to spice up our daily lives in whatever way they can. Whenever an article appears proposing a new version of the “hot girl summer”, there’s a mechanical response in the comments section to demand why we need another new, apparently nonsensical trend. But in questioning the legitimacy of micro-trends, we’re also giving them legitimacy. Rolling your eyes at the rise of the “feral girl summer” won’t stop the feral girl from rising.

It subsequently becomes an ironic reclamation. We know that something like a “feral girl summer” is just a silly jumble of words. But it does, in the smallest way, capture a real feeling. Crucially, it’s also just fun to say. In most cases these seemingly arbitrary trends are often proven to have some basis in reality. Who among us didn’t regress to a state of ferality during the recent heatwave?

These trends are also useful as a placebo. Are you a 27-year-old man rejecting a “hot girl summer” and embracing a “healing girl summer”? Good for you. Is summer 2022 the moment when you, a 33-year-old who works in digital marketing, goes full goblin mode? Sure, why not. If you woke up in April and told yourself it was a short king spring – a Tom Holland-inspired celebration of the petite gentlemen in our midst – and that does something for you, who is anyone to stop you?  The gradual reduction of meme culture to become purely vibe-driven is partly to explain.

We have come a long way from the early 2010s, when parodies of Rebecca Black’s “Friday” terrorised YouTube, and we used pictures of that fist-pumping toddler to celebrate “making it through another Monday”. Memes and trends are built on non-sequiturs now, devoid of context or meaning yet somehow earning a universal nod of recognition.  I recently watched a TikTok  of an American woman in her car talking about how she can’t leave her house without “getting a little bevvy, ya know?”. It touched my soul because I, too, cannot leave the house without getting a little bevvy. Explaining this to someone in their fifties would reduce them to tears, but there really is nothing like leaving the house and getting a little bevvy, ya know?

We use these trends because the alternative is the congealing blob of broader pop culture, which now operates like that goo people use to clean lint out of their car interiors. Recently, the goo has picked up exciting additions to the canon. TikTok queen Addison Rae became a star of the silver screen. The MTV Video Music Awards handed out a trophy for “Best Metaverse Performance”. Anthony Hopkins was duped into shilling NFTs. Weird online trends feel like the Wild West of pop culture, an embrace of the “anything goes” nature of  2022.

Trends like goblin mode or bigging up the feral girl are just attempts to wrench control of the current moment. We want our own chic era to go into the history books. What is a “hot girl summer”, really, if not an attempt to microdose the Summer of Love, despite the fact that we’ll never come close to it again. These trends are about creating the illusion of fun and frivolity within an otherwise godless time. Life is a lot easier to swallow, after all, if we cast this summer as a time where we actively chose to lose our minds. It’s like if the band on the Titanic gave up playing solemn hymns and performed We Like to Party! (The Vengabus) instead. It’s about going out in style.

We look back at times like the Roaring Twenties with great affection because our revisionist understanding of history paints specific flashpoints of vibrant, seminal art and culture as almost utopian. Even in late December 2019, on the eve of a new decade, Twitter was hyping up the 2020s as the Roaring Twenties take two. Much like the early 1920s, though, we’re in the throes of a pandemic, while the post-Covid prognosis for both the planet and pop culture isn’t great. We wouldn’t need these micro-trend distractions if we were in the midst of a major, years-spanning pop culture renaissance. But we’re not. Perhaps I’m asking for too much? The Roaring Twenties were only roaring because of the art created within them. TERFs and hideous fungible JPEGs  do not a Roaring Twenties make. It’s no wonder we turn to the little things.