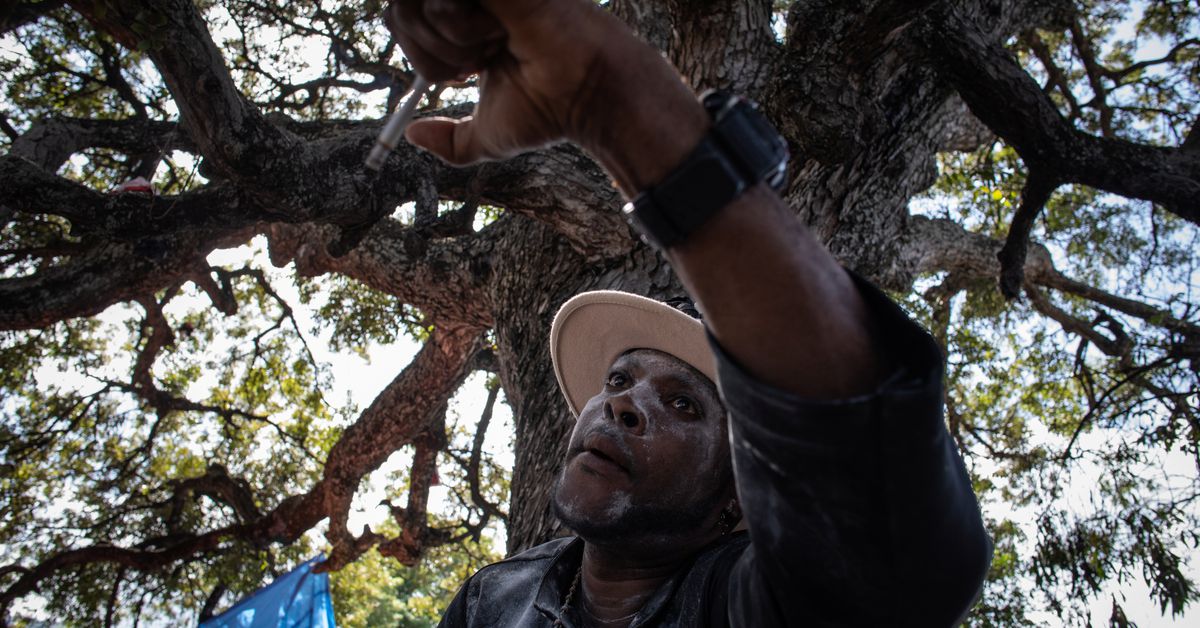 PORT-AU-PRINCE, Nov 2 (Reuters) – Haitians honored their ancestors to mark the Day of the Dead on Tuesday in colorful voodoo rituals that offered a respite from the tough day-to-day reality of fuel shortages, gang violence and rising malnutrition.

Voodoo followers in the Caribbean nation gathered in cemeteries, many dressed in white and some with their faces covered in white powder, to sing and dance as part of rituals that involve communing with ancestral spirits.

“Voodoo, if you want to define it, is the means at your disposal to establish harmony between you and everything that surrounds you, both visible and invisible,” said Carl-Henry Desmornes, the religion’s “ATI” or supreme leader, in an interview.

More than half of Haiti’s 11 million people are believed to practice voodoo, a religion brought from West Africa by enslaved men and women and practiced clandestinely under French colonial rule.

It is closely identified with the struggle against slavery in Haiti, which declared independence from France in 1804 following what is widely considered the world’s only successful slave revolt.

“Despite the difficulties caused by the lack of gasoline, people have made the trip to the cemetery. As I speak, my car is out of gas,” said Valcin Antoine, a voodoo priest or “ougan” known as “Toutou,” who led a ceremony on Monday at a cemetery in the Port-au-Prince suburb of Petion-ville.

“We are not afraid when we do the work of the spirits, they protect us.”

For decades voodoo has been portrayed in Western films as a black magic cult, but it was officially recognized as a religion by Haiti’s government in 2003 under President Jean-Bertrand Aristide.

A wave of gang kidnappings, including the abduction last month of a group of American and Canadian missionaries, has spurred local outrage and led several transport industry groups to call general strikes.