Camus meets Chandler in Japan, via the hall-of-mirrors thriller ‘My Annihilation’ 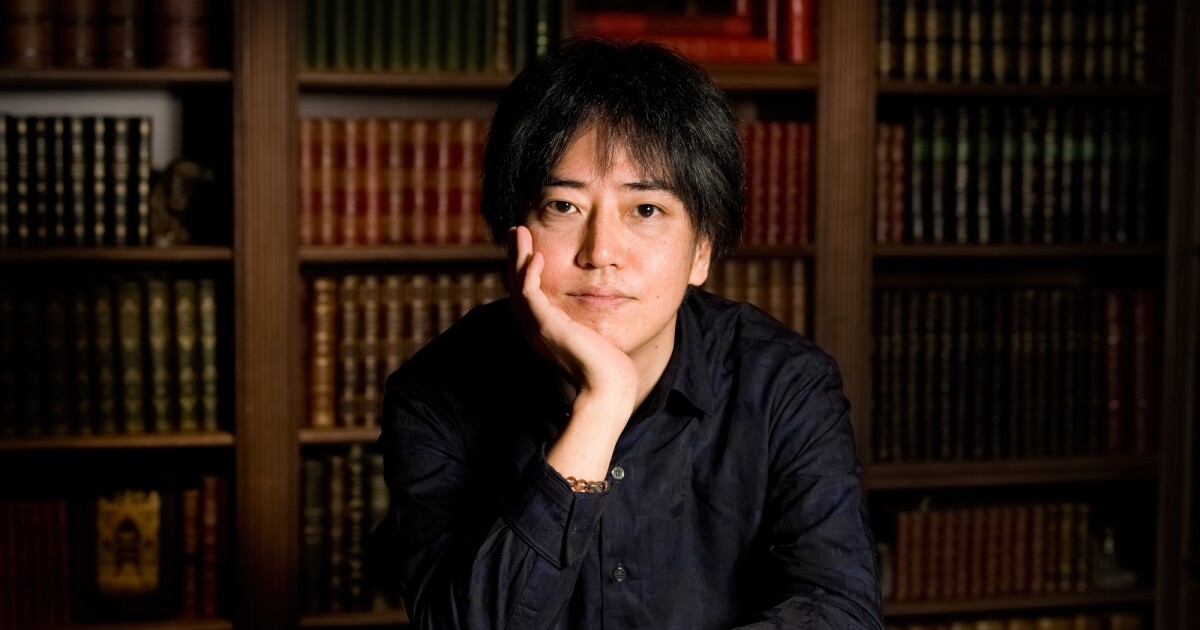 If you buy books linked on our site, The Times may earn a commission from Bookshop.org, whose fees support independent bookstores.

I have this idea about the antisocial novel. By that, I’m not referring to the fiction of isolation so much as of extremes. This lineage includes Dostoevsky’s “Notes From Underground” and Camus’ “The Stranger,” Nathanael West’s “Miss Lonelyhearts” and Elizabeth Smart’s “By Grand Central Station I Sat Down and Wept.” All take it on faith that rather than merely tell a story, literature should approach the difficult and often inchoate contradictions of living, not as a matter of consolation but instead as a refusal to capitulate to routine. As Djuna Barnes writes in her 1917 story “The Terrorists,” “I would tear down the scenery better than all of them. … I would rip the whole existing plan of nature to pieces.”

Barnes’ line might be read as a prologue to the fiction of Fuminori Nakamura, whose 2016 novel “My Annihilation” has been newly translated from the Japanese by Sam Bett. Nakamura is highly lauded in Japan. It’s tempting to categorize his writing, which deals with crime, as noir, but in fact it supersedes genre, and perhaps even narrative.

“The Thief” — his first book to appear in English — involves a pickpocket who gets caught in a web of alienation and anomie; it was a Los Angeles Times Book Prize finalist. “Last Winter, We Parted,” published in the United States in 2014, is a literary labyrinth in which a writer, working on a book he doesn’t want to write about a killer, gets lost on a series of forked and intersecting paths. There is resolution here, but no safe satisfactions. Or perhaps it is the other way around. “Turn this page, and you may give up your entire life,” reads a document the narrator (or one of them) of “My Annihilation” encounters early in the novel. These are the stakes that emerge throughout Nakamura’s work.

Like “Last Winter, We Parted,” “My Annihilation” is an examination of selfhood — or of selfhood’s discontents. The novel begins simply, as an unnamed narrator discovers a manuscript in a room at a mountain lodge. The text is autobiographical, written (or so it seems) by a man named Ryodai Kozuka, whose identity the narrator is trying to usurp. Yet if the structure of the book is any indication, the opposite is the case. Within just a few pages, the narrator has fallen almost entirely away before this long confession, in which Kozuka admits to violence against his sister and his mother before digressing into an account of the life of Tsutomu Miyazaki, the Japanese thrill killer put to death in 2008 for the murder of four young girls.

If all this sounds dizzying, that’s part of the point. Who, Nakamura wants us to consider, is the real protagonist: the narrator or Kozuka? What about Miyazaki, whose story is analyzed in such detail? The answer is all and none of the above. This is not to say these plot lines are McGuffins, though they nod toward that convention of the form. At the same time, they are essential for what they tell us about the inability of the psyche to separate what it imagines from what is real. Subjectivity, in other words, although Nakamura has something bigger than that in mind. The issue is less what we see or think than who or what we are.

“Why do people need to suffer tragedies?” he wonders. “And why do they have to store these tragedies inside their memory, and in so doing, cause themselves pain for the remainder of their lives? If that’s a natural fact, then I reject it altogether. Why do we have to suffer like this? Why must we endure such pain?”

In the context of “My Annihilation,” these are not philosophical or even psychological questions. They are more existential than that. “What is a ‘self’?” he wonders. “Under a particular set of circumstances, it becomes impossible to tell.” Such a dynamic becomes increasingly prominent after the novel’s elaborate narratives begin to unravel and reconstitute. Is the narrator stealing Kozuka’s identity or are he and Kozuka one and the same? Is he protagonist or antagonist? And what of the doctor at the small hospital to which he is taken? Are the treatments he imposes therapeutic or manipulative? Is he an ally or an adversary?

As he did in “Last Winter, We Parted,” Nakamura appears to offer context by weaving a variety of voices and documents into the work. There is an exegesis on brainwashing and transcriptions of psychotherapy sessions; there are echoes and doublings. The physician’s assistant in one scene, with his “dirty glasses,” becomes a co-conspirator in the next. This is the novel as floating opera, in which connections remain below the surface and we are left to wander alone in the dark. “The world as we perceive it,” Nakamura writes, “can be viewed as a network of vectors.” But it remains beyond us to see how those vectors add up.

The effect is of a vast decentering, almost a state of vertigo. This applies not only to the story (or stories) Nakamura is telling but also — and most vividly — to narrative itself. What else is narrative, after all, if not a building block of identity? How else do we know ourselves? And yet, at the same time, we recognize that these stories are projections, memento mori. “Even gods,” Nakamura reminds us, referencing Aristotle, “cannot change the past.”

That’s a complicated and unexpected place for a novel to take us, but it’s also emblematic of “My Annihilation’s” power. This is a book that doesn’t afford easy succor or any particular comfort at all. In Nakamura’s universe we are all damned, not by our sins so much (although those, as well) as by our ignorance. Who are we? What are we doing here? The answers to those questions are unavailable to us, but it doesn’t matter anyway. “Turn this page, and you may give up your life,” indeed. For Nakamura, this is less a choice than an inevitability.

Ulin is the former book editor and book critic of The Times.