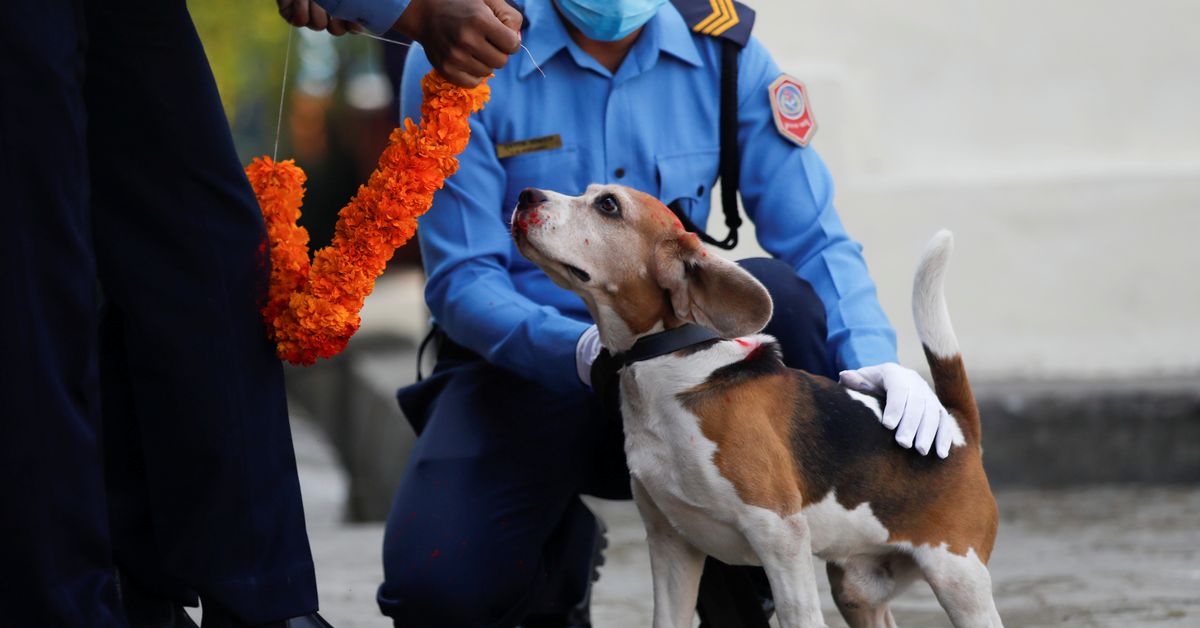 KATHMANDU, Nov 3 (Reuters) – Hindus across Nepal honoured their dogs with baths, garlands and special treats on Wednesday, the second day of the five-day Tihar festival, during which even crows and cows get respect.

Devout Hindus consider the dog to be the messenger of Yamaraj, the god of death, and believe that worshipping the animal makes him happy.

“Kukur Tihar is special among the different festivals,” said housewife Parbati Devkota after a worship ceremony for her pet, using the Nepali word “kukur” for dog.

“I worship my dog every year on this day,” Devkota, 40, who carried a tray of sweets, flowers and vermilion powder, told Reuters in the capital, Kathmandu.

Families bathed the pets, tied marigold garlands round their necks, smeared their foreheads with auspicious vermilion and offered them special meals of sweets, meat, milk and rice.

Even stray dogs got offerings of food and garlands.

In Kathmandu, 47 dogs participated in a show for the occasion at the police canine training centre.

“We also demonstrated how dogs are used in searching for narcotic drugs, criminals, hidden explosives, and rescue operations during disasters,” he added.

Hindus make up about 80% of Nepal’s population of 30 million.