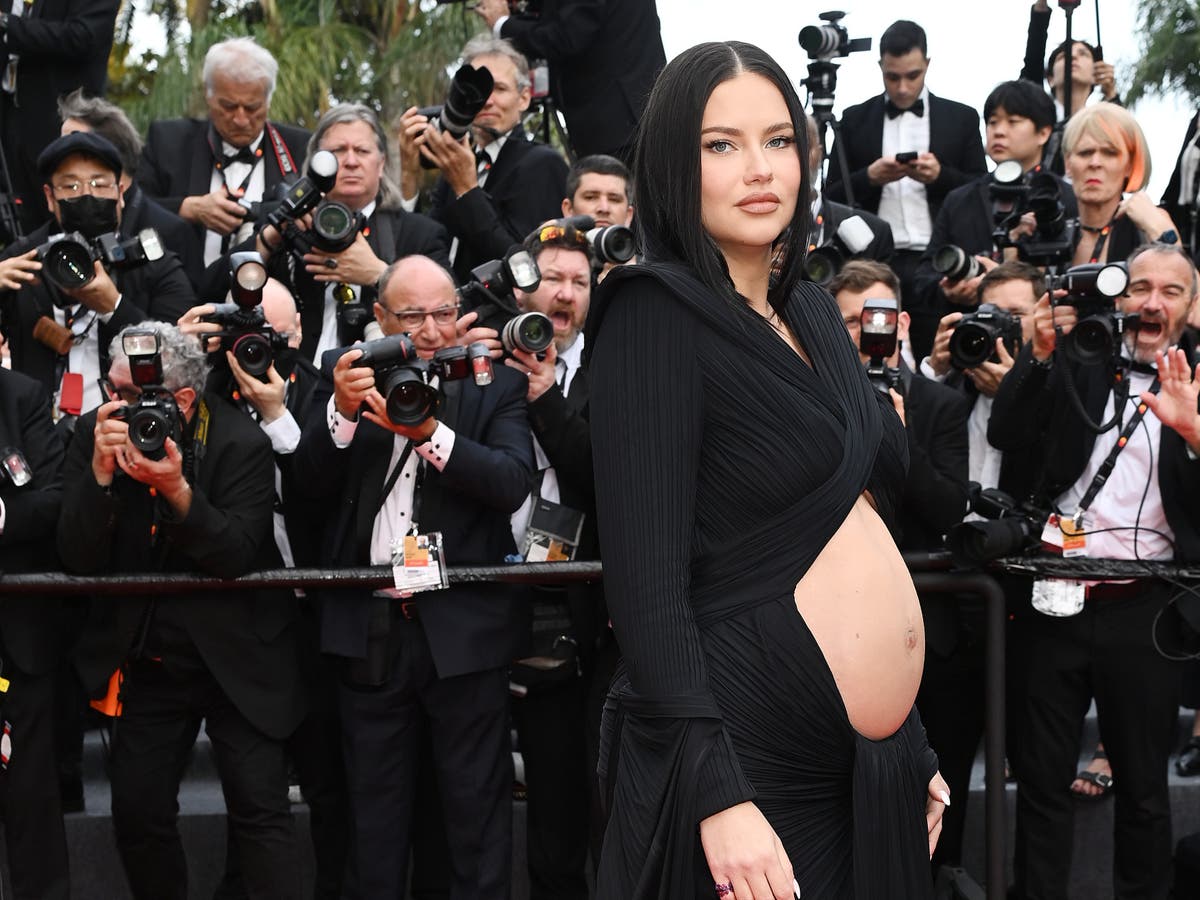 Adriana Lima showed off her growing baby bump on the red carpet at the 75th Cannes Film Festival on Wednesday.

The pregnant supermodel arrived at the premiere of Top Gun: Maverick wearing a black gown designed by Balmain’s Olivier Rousteing.

Taking a leaf out of Rihanna’s bump-baring pregnancy style, Lima’s floor-length gown was made of pleated fabric which wrapped around the torso to expose her pregnant stomach.

The custom cut-out gown also featured bold structured shoulders and a black sash, which Lima carried wrapped around her arms.

To ensure all eyes were on her bump, she kept accessories minimal and opted for matching black heeled Balmain sandals on her feet.

Lima confirmed that Rihanna has served as inspiration for the look in a post to her Instagram.

Sharing a photograph of her outfit from the evening, the expectant mother wrote: “Thanks @badgalriri for opening the door. #BELLYOUT.”

The model’s appearance and nod to Rihanna has been praised by fans on social media.

“I know Rihanna is proud,” one Twitter user said. Another wrote: “I just love how celebrities are showing their baby bumps off, baby bumps are beautiful and should be shown off.”

Lima first announced she was expecting her third child with her boyfriend, film producer Andre Lemmers, in a video posted to TikTok in February. The baby, a boy, will be the couple’s first child together.

Lemmers attended the film premiere with Lima on Wednesday. Many of the photographs from the event show him affectionately holding Lima’s stomach while she poses for the cameras.

On Wednesday, Lima also revealed that she is the latest cover star of Elle Brasil. On the black and white cover, she appears nude bar a metal chain which is wrapped around her stomach.

Lima is not one to shy away from displaying her growing pregnancy bump. In April, she walked in Alexander Wang’s Fortune City show in Los Angeles wearing a black dress featuring a cutout front.

TikToker tries out food at UK’s ‘most expensive chippy’ | Lifestyle