A major Magic Johnson docuseries is headed to Apple TV+ 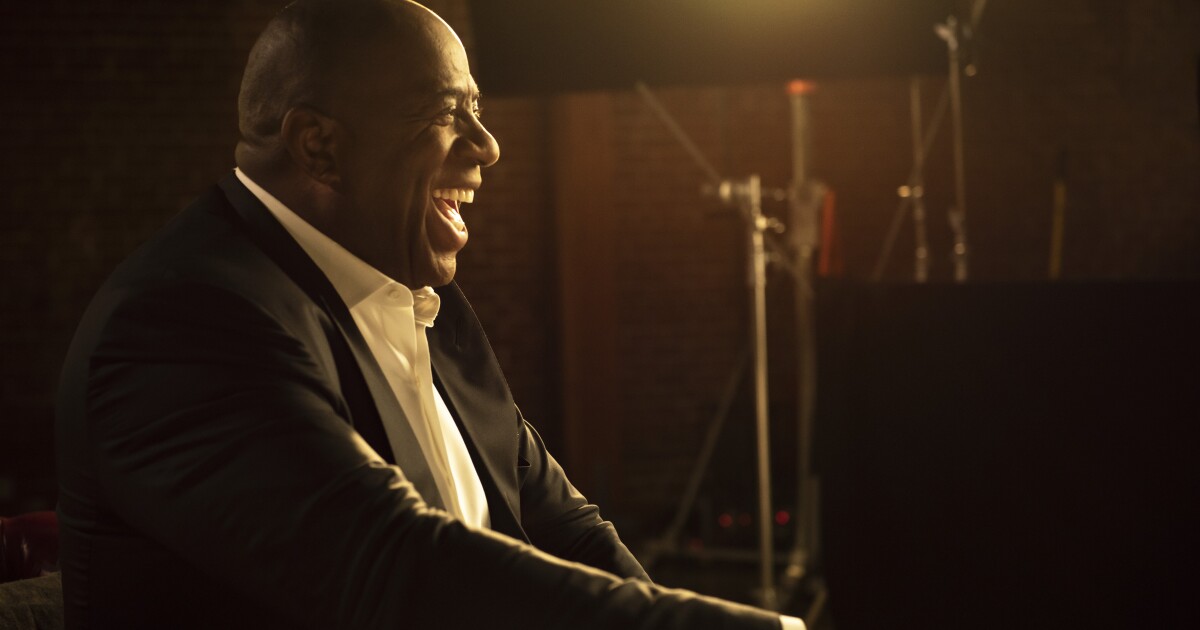 A new documentary series about the life and career of Lakers great Earvin “Magic” Johnson is headed to Apple TV+.

Announced Thursday, the four-part docuseries chronicles the two-time NBA Hall of Famer’s accomplishments on and off the court. Directed by Rick Famuyiwa (“Dope”), the series will trace Johnson’s upbringing in Lansing, Mich., through his championship career with the L.A. Lakers as well as his HIV/AIDS activism.

The NBA’s overall No. 1 draft pick in 1`979, Johnson played with the Lakers for 13 seasons. In addition to winning five NBA championships, his basketball career highlights include winning the gold at the 1992 Olympic Games as part of the U.S.’s Dream Team. Johnson also briefly served as the Lakers’ president of basketball operations.

Johnson became an advocate for HIV/AIDS education and research after he announced his HIV-positive status in November 1991. Since his playing career, Johnson has also become a successful businessman and is part of a group of investors that purchased the L.A. Dodgers and L.A. Sparks.

Produced by XTR and New Slate Ventures, the project, originally planned as a feature film, boasts never-before-seen footage and interviews with Johnson and others to “offer an unprecedented look at one of sport’s all-time greats,” according to the announcement.

Editor Dirk Westervelt (“Ford v. Ferrari”) and cinematographer Rachel Morrison (“Black Panther”) have also been tapped for the series, which is produced in association with H.Wood Media and Delirio Films. A premiere date has not been announced.