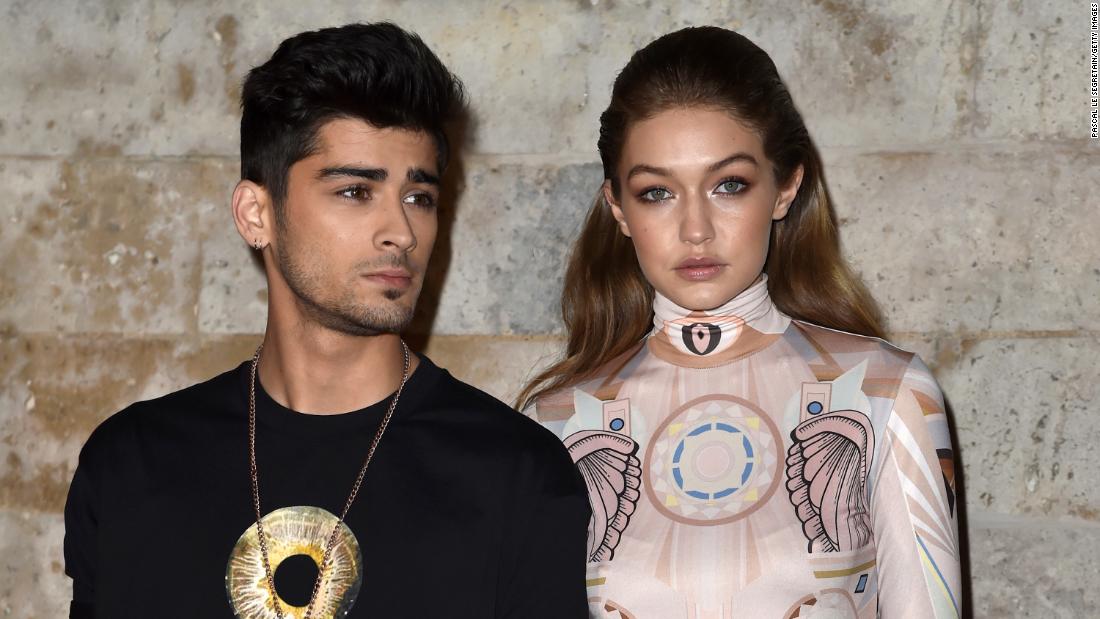 Malik, 28, was charged in September for four instances of harassment, according to citation records and mail-in plea records obtained by CNN.

In the citations filed with a magisterial district court in Pennsylvania, Malik was accused of saying “lewd, lascivious, threatening or obscene words” to Yolanda Hadid, Gigi Hadid (identified in court documents as Jelena Hadid) and John McMahon, whom TMZ identified as a security guard.

The former One Direction singer was also accused of physically harming Yolanda Hadid, with one citation stating that Malik “grabbed and shoved her into a dresser causing mental anguish and physical pain.”

Yolanda Hadid is perhaps best known as a former cast member of the reality series “Real Housewives of Beverly Hills.”

In his mail-in plea, Malik wrote in “Nolo,” short for “Nolo Contendere” (no contest) in response to all of the charges but a court employee entered them as guilty pleas, noting Malik’s pleas were not an option for the level of the alleged offenses, according to court documents.

In addition to his pleas, Malik agreed to 90 days probation for each count, for a total of 360 days and agreed to attend anger management class. He also agreed to have no contact with Yolanda Hadid or McMahon.

In a statement shared on his official Twitter account, the “PILLOWTALK” singer wrote that the incident “was and still should be a private matter.”

“As you all know I am a private person and I very much want to create a safe and private space for my daughter to grow up in. A place where private family matters aren’t thrown on the world stage for all to poke and pick apart,” he wrote.

“In an effort to protect that space for her I agreed to not contest claims arising from an argument I had with a family member of my partner’s who entered our home while my partner was away several weeks ago.

He continued: “This was and still should be a private matter but it seems for now there is divisiveness and despite my efforts to restore us to a peaceful family environment that will allow for me to co-parent my daughter in a manner in which she deserves, this has been ‘leaked’ to the press.

Malik went on to say he was “hopeful though for healing for all involved with the harsh words shared and more importantly I remain vigilant to protect Khai and give her the privacy she deserves.”

Malik and Gigi Hadid welcomed their daughter Khai in September 2020.

Gigi Hadid’s representative issued a statement to E!News, saying: “Gigi is solely focused on the best for Khai, She asks for privacy during this time.”

Yolanda Hadid has not yet publicly addressed the matter.