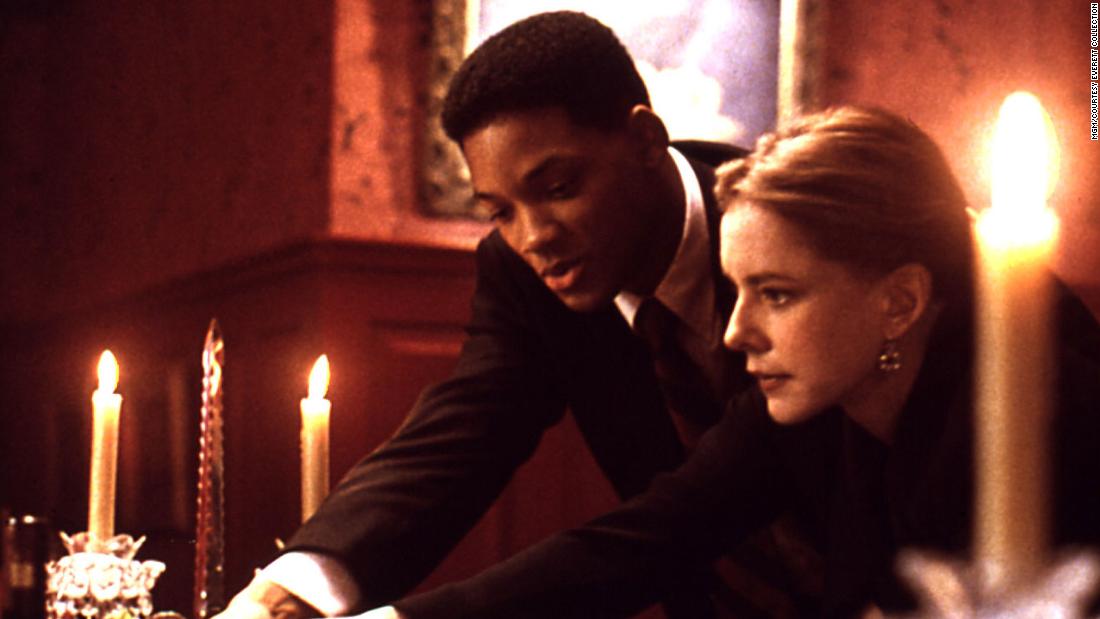 Smith, who was married to his first wife Sheree Zampino at the time, starred in the 1993 movie as Paul Poitier, a young man who enters the lives of an affluent couple played by Donald Sutherland and Stockard Channing. Zampino is the the mother of Smith’s son Trey.

His feelings for Channing spilled over into real life, Smith writes in “Will.”

“Sheree and I were in the first few months of our marriage with a brand-new baby and for Sheree, I can imagine that this experience was unsettling to say the least,” writes Smith in the book, excerpted in People. “She’d married a guy named Will Smith and now she was living with a guy named Paul Poitier. And to make matters worse, during shooting I fell in love with Stockard Channing.”

Smith writes that when filming wrapped in New York, he and Zampino took their son back to Los Angeles.

“After the film wrapped, Sheree and Trey and I moved back to L.A,” Smith writes. “Our marriage was off to a rocky start. I found myself desperately yearning to see and speak to Stockard.”

Smith also delves into his split from Zampino, his difficult childhood, his marriage to Jada Pinkett Smith.