When Women Filmmakers Get to Tell Their Origin Stories 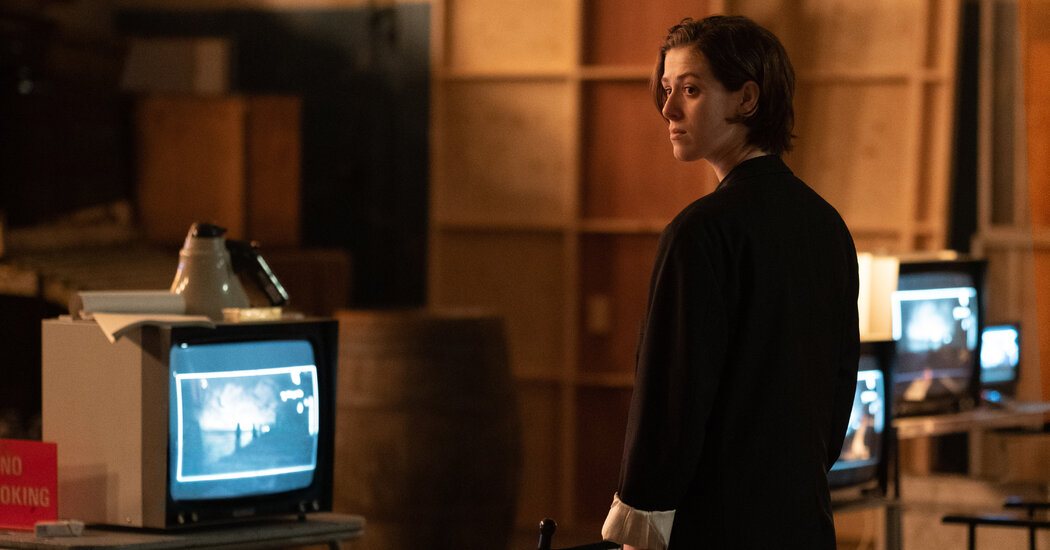 The newly released “The Souvenir Part II” and “Bergman Island” are both films by modern masters that not only delve into the filmmaking process but also draw from the personal lives of the filmmakers themselves.

Sound familiar? Self-reflexive movies like these practically double as auteurist rites of passage — think “8 ½,” Federico Fellini’s beguiling ode to creative block with Marcello Mastroianni playing a version of the filmmaker; “Day for Night,” François Truffaut’s chaotic comedy about artistic collaboration starring Truffaut himself in the on-camera director’s chair; and, more recently, “Pain and Glory,” Pedro Almodóvar’s melodrama about an aging filmmaker (Antonio Banderas) in crisis. The list goes on, but with the newest films, there’s a crucial distinction: the masters in question are women.

Joanna Hogg’s “The Souvenir Part II” and Mia Hansen-Love’s “Bergman Island” revolve around two women filmmakers, avatars for the directors, navigating their desires, relationships and creative pursuits in ways that fully reinvigorate the self-referential genre. Spotlighting the intellectual doubts and processes of two very different types of women, these films also raise subtle questions about gender disparity in the movie business and the unique ways in which women artists come into their own. And refreshingly, these films never dabble in obvious, self-congratulatory screeds about sexism — theirs is a magic much more potent and revelatory.

“The Souvenir Part II” is the follow-up to Hogg’s 2019 drama about a soft-spoken student filmmaker who falls into a fraught and ultimately tragic romance with an alluring heroin addict. The new movie again draws generously from Hogg’s early years attending the National Film and Television School in Beaconsfield, England. Still reeling from her lover’s death, Julie (Honor Swinton Byrne) must build herself back up. The demands of completing her thesis film — a relationship drama based on her memories, that is, the events of the first film — propel her to become a more self-assured individual, transformed by the cathartic powers of creative work. In the end, the presentation of Julie’s finished film doubles as a plunge into her subconscious, a Technicolor fantasia akin to the deliriously joyous endings of golden age movie musicals and a brilliant shorthand for the marriage of art and life.

In the press notes, Hogg said that despite being “terribly introverted” in film school, she had “a very clear idea of where I wanted to go, so I was able to blank out the voices, usually of men, that said ‘you can’t do a film like that.’”

Indeed, we see Julie contend with skepticism from her own cast and crew, sharing their doubts about her directorial style behind her back or directly to her face in one particularly blustery spat initiated by a boorish male colleague. In conversation with an academic advising committee, Julie must stand her ground in the face of dubious filmmaking veterans accustomed to certain rigid practices.

Hogg’s methods are highly improvisatory — her scripts contain little dialogue and are instead filled with descriptions, references to particular memories and images that might encourage ad-libbing and a more organic kind of creation.

Now 61, and decades into her career, Hogg has room to experiment. Though she’s not exactly working on expensive and elaborate studio films, she enjoys privileges and leeway not typically afforded to female directors.

To this day the word “auteur” brings to mind a boy’s club. Consider how new films by male directors labeled visionaries like Christopher Nolan, Quentin Tarantino, or Wes Anderson are treated as events. The cult of male genius more pertinently extends to the kinds of money, time and space given for such so-called genius to flourish. Correcting the gender imbalance in the film industry isn’t just a matter of creating more opportunities for women — in effect meeting quotas — but believing in the unique visions of women artists and robustly investing in the cultivation of those visions.

Hogg and Hansen-Love are hardly the only women filmmakers to get personal and explore the emotional twists and turns in getting a new movie off the ground. The work of the provocateur Catherine Breillat often has an autobiographical bent. Her “Abuse of Weakness” (2014) starred Isabelle Huppert as a filmmaker who experiences a stroke, as Breillat did, and in “Sex Is Comedy” (2004), the director restaged the behind-the-scenes drama leading up to the filming of one of her most infamous sex scenes. Cheryl Dunye’s “The Watermelon Woman” (1997) starred the director as a video store worker struggling to make a documentary about a forgotten actress from the 1930s. The recent restoration and release of “The Watermelon Woman” certainly helped pull Dunye’s ingenious autofiction out of obscurity. Nevertheless portraits of female filmmakers aren’t exactly well known or particularly numerous.

The discrepancies between the way male and female filmmakers are treated are put under a magnifying glass in “Bergman Island.” Chris (Vicky Krieps) and Tony (Tim Roth), directors both, retreat to the island where Ingmar Bergman shot several of his films in order to focus independently on their new scripts. Mia Hansen-Love, who was in a 15-year relationship with the filmmaker Olivier Assayas (“Irma Vep,” “Personal Shopper”), shows Chris procrastinating and suffering from extreme writer’s block, while Tony diligently fills page after page of his notebook with sexually questionable material. Ah, to be an auteur! As Chris, riddled with self-doubt, wastes time exploring the island on her own terms, the more well-known Tony hosts public Q. and A.’s and fields compliments from devoted fans. And when Chris finally shares the details of her latest idea for a movie, Tony seems distracted.

No matter, Hansen-Love seems to say. If not Tony, the audience will be fully captivated by Chris’s dream world. A film-within-a-film unfolds, a sweltering romance between a younger couple (Mia Wasikowska and Anders Danielsen Lie) that also takes place on Faro Island and seems to reconfigure Chris’s frustrations and anxieties into new and visceral form.

Both “Bergman Island” and “The Souvenir Part II” show an intimate understanding of art’s liberating potential, the power that fiction and fantasy afford individuals still in search of themselves. These aren’t exclusively female ventures — anyone who understands what it means to be diminished and looked down upon will find solace in the possibility of an alternative, an outlet for self-expression that transforms trauma and fear and insecurity into a source of fulfillment and strength.

Crucially, Julie and Chris aren’t shown reveling in the success of their films, getting revenge on their male skeptics, or landing multimillion-dollar deals. Their triumphs are private, premised as they are on the satisfaction of creating something true and beautiful in spite of their vulnerable creators — Chris falls asleep in Bergman’s study and awakens in the future as her own film shoot comes to a close, her husband’s approval and the towering cinematic figure so central to her artistic development a twinkle in the past. We’re in her territory now.