What You Remember About ‘Jesus Christ Superstar’ 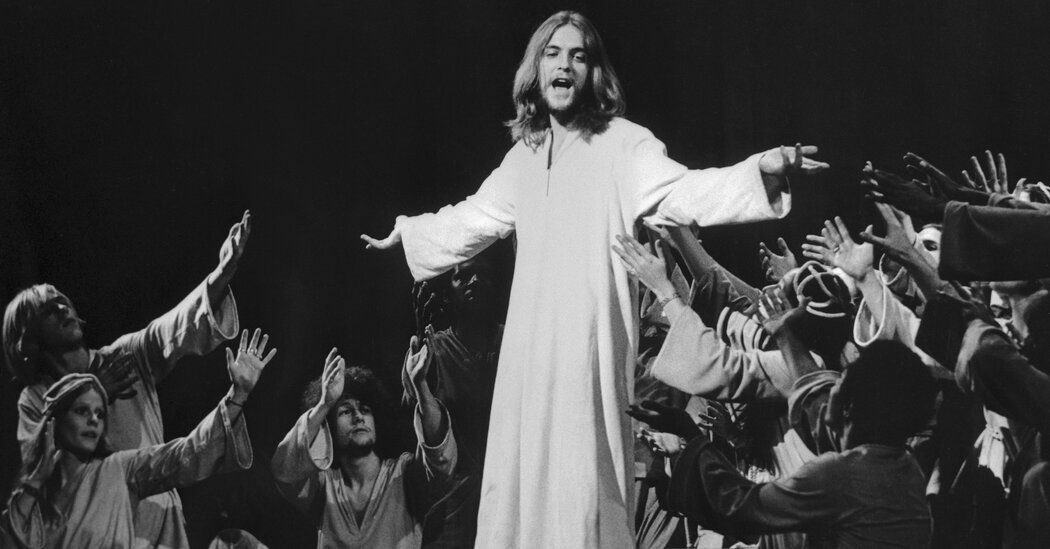 Fifty year ago, “Jesus Christ Superstar” landed on Broadway at the Mark Hellinger Theater, and the careers of Andrew Lloyd Webber, Tim Rice and Ben Vereen would never be the same. Responding to a recent article celebrating the anniversary, nearly 400 readers shared their own memories of hearing, seeing or acting in the show, then and since. Here is an edited selection.

Setting: A dinner party at our house in Toledo, Ohio. Time: Fall 1970. Dramatis Personae: My parents (Mom, probably in a Halston Ultrasuede dress, Dad with au courant sideburns) and 10 of their groovy friends. Music: The “Jesus Christ Superstar” cast album is on the stereo. What is that incredible music? Everyone thought it was the most modern, creative and innovative thing they’d ever heard. I was 8 years old. I went on to memorize the whole album and can still, to this day, pretty much sing any song. LISA W. ALPERT, New York

I played Jesus in my Connecticut boarding school production in November 1982. Me, a Pakistani Zoroastrian with a decent baritone — yes, “Gethsemane” was near impossible. Women played Simon and Judas; a mix of the school’s nerd and jock squads Caiaphas and his cabal; and the son of a French expat aristocrat sang Pilate. As I dragged the cross to Calvary, from stage through audience to exit, my loincloth snagged on I still don’t know what, and unbeknown to me unraveled slowly as I performed trudging up that imaginary hill. I’m certain Christ flashing a healthy mop bordered on blasphemy. FRAMJI MINWALLA, Karachi, Pakistan

I was asked to play Herod in the 2003 tour with Carl Anderson, Sebastian Bach and Natalie Toro. Carl blew me away every night as Judas. At 58 years old — still singing, wrapping each note with deep, rich, emotional life. He was a marvel! He is missed! Natalie Toro brought an exotic beauty to her performance and should be remembered as one of the best Marys ever. And then we come to Sebastian Bach of the ’80s rock band Skid Row [as Jesus.] It was an interpretation like no other. That’s the best way to remember it! PETER KEVOIAN, Dingmans Ferry, Pa.

I appeared as Pilate in a dance recital production where my first wife went to see her sister perform and saw me as well. A week later she seduced me and then her ex-husband insisted we marry. He didn’t want his kids exposed to a “sinful” relationship. So I owe that part of my life and the rest as well to “Jesus Christ Superstar”! PAUL JANES-BROWN, Pukalani, Hawaii

“Jesus Christ Superstar” was my first Broadway show. I had been listening to the double album for months when the time finally came for us to go: Me, my best friend, Stacy, and her magical Aunt Joanne. Stacy’s aunt took us — two 10-year-old kids — from Long Island to Times Square. I was breathless watching the cast sing all the songs I knew by heart, and had to keep myself from singing with them. And when King Herod appeared in heels higher than any platform shoes I’d yet seen in the early 1970s, I laughed with the best of them and felt oddly at home. RUSSELL KALTSCHMIDT

My husband Stephen Altman was the assistant electrician at the Mark Hellinger. Toward the beginning of the run, he remembers that one of the Apostles was supposed to put a safety clip on Judas’s harness, when they “hang” him at the end of the show. He missed the clip, and Nicky Knox, one of the flymen, grabbed Ben Vereen and saved him! Fortunately, Ben’s neck was very strong! Stephen is a proud 53-year retired member of IATSE Local #1. DOREEN ALTMAN, Morrisville, N.C.

Age 21, and I took the girl of my dreams, who to this day remains one of my favorite people, to the final preview. When Yvonne Elliman sang “I Don’t Know How to Love Him” and reached the extremely high note, I felt, for the first time in my life, an actual physical electrical stimulation going up and down my spine. JOSEPH R. REM Jr., Hackensack, N.J.

I played King Herod in a production in Auckland, New Zealand, in the late ’80s. Of course every director was trying to find a new “take” on Herod’s song. I just happened to be cast by someone who thought it would be a brilliant idea to have me pop out of a giant Easter egg which then became an ornate bath, covered in pink balloons (and only balloons), with a pink shower cap and brandishing a golden loofah. My dancing troupe were dressed like Playboy Bunnies. Well, it was the ’80s, I suppose. CHRIS BALDOCK, Canberra, Australia

‘Secrets of Playboy’ review: A&E’s 10-part docuseries pulls back the curtain on the dark side of Hugh Hefner’s empire

Avenatti cast as thief and generous lawyer at criminal trial