‘Tick, Tick … Boom!’: A Musical Based on a Musical About Writing a Musical. We Explain. 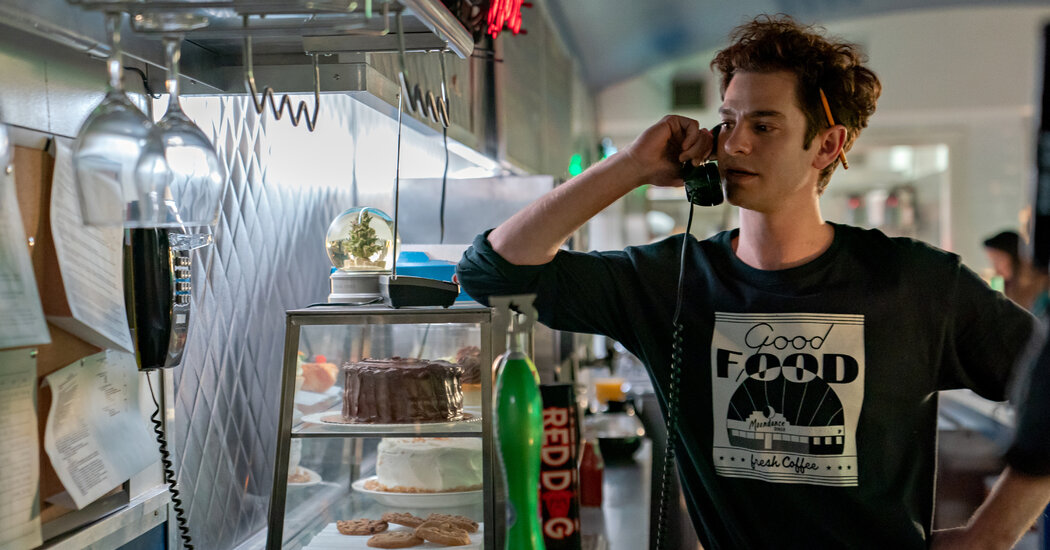 To clarify, that musical is not “Rent.” (Yes, our brains hurt, too.)

“Tick, Tick … Boom!,” which premieres Nov. 12 in theaters and Nov. 19 on Netflix, portrays Larson (Andrew Garfield) and his efforts to find success in his late 20s. The audience watches him struggle to write “Superbia,” a retro-futuristic musical, while he frets about whether he should choose a more conventional career.

Who was Jonathan Larson?

The composer and playwright is best known as the creator of “Rent,” a musical loosely based on Puccini’s 1896 opera, “La Bohème.”

But Larson never got to see the smash-hit success of his rock opera, which went on to win four Tony Awards. The composer died unexpectedly at age 35 in 1996 from an aortic aneurysm — on the morning before the first Off Broadway preview of “Rent” and a few months before its Broadway debut.

But “Rent” was hardly his first musical, and was in many ways shaped by an autobiographical show he was writing at the same time, about his struggles to write “Superbia.”

No up-and-coming playwright in New York City is living in the lap of luxury, but Larson’s digs were especially hardscrabble. He lived and worked in a fifth-floor walk-up in Lower Manhattan, an apartment with no heat and a bathtub in the kitchen that he shared with two roommates and a couple of cats. He would write for eight hours on days off from his weekend job waiting tables at the Moondance Diner in SoHo.

The musical he was working on was “Superbia” (based on George Orwell’s dystopian novel “1984,” even though he had been denied the rights). He won a number of grants and awards to continue writing the show, including the Richard Rodgers Development Grant, chaired by Stephen Sondheim, which paid for a workshop production at Playwrights Horizons in 1988.

But effort did not equal success. Though the music and lyrics won high praise among some downtown theater people, the show was considered too big and too negative, and no producer was ready to take it on, according to a 1996 article by Anthony Tommasini in The New York Times.

So, Larson decided to do a monologue.

Not dissuaded by the flop of “Superbia,” Larson began working on a new musical — “Rent” — as well as another idea: an autobiographical “rock monologue” that chronicled his struggles writing “Superbia.” Initially titled “30/90” — because he was turning 30 in 1990 — and then “Boho Days,” the one-man show that would later become “Tick, Tick … Boom!” was first staged, starring Larson, in a 1990 workshop at the Second Stage Theater. The show — part performance-art monologue, part rock recital — captivated a young producer named Jeffrey Seller, who became a champion of Larson’s work and later persuaded his fellow producers to bring “Rent” to Broadway.

But “Boho Days” was difficult to pull off: Larson had to nail long monologues, often while playing several characters; sing musical numbers that represented multiple points of view; and simultaneously accompany himself on the piano and direct his band through a score that was a combination of pop, rock and Sondheim pastiche.

Tommasini described the show as an “intense, angry solo” in which a man “wakes on his 30th birthday, downs some junk food and complains for 45 minutes about his frustrated ambitions, turning 30 in the tenuous ’90s and much more.”

After the workshop, Larson continued to revise the piece, including changing the title to “Tick, Tick … Boom!” — a reference to the clock he felt was continually ticking on his life and career — and presented it at New York Theater Workshop in 1992 and 1993. It was still a work-in-progress when he died in 1996, and he left behind at least five versions of the script and a bevy of song lists.

How did the solo show become a three-person musical?

After Larson’s death in 1996, the playwright David Auburn, who won the Pulitzer Prize for drama for “Proof,” revised the show as a three-person chamber musical that lessened the burden on the actor playing Jon. Now two additional actors played Michael, Larson’s advertising-executive best friend, and Susan, his dancer girlfriend, in addition to each portraying a variety of ancillary roles. Songs were rearranged for three voices, though the music and lyrics remained Larson’s.

With the permission of Larson’s family, Auburn also excised most of Larson’s references to his terror of growing older and the feeling of being under so much pressure that his heart was about to burst in his chest, which would only seem callous given the audience’s knowledge of the composer’s fate.

Reviews were positive, with the New York Times critic Ben Brantley noting that the songs “glimmer with hints of the urgency and wit” that lend the musical score of “Rent” irresistible momentum.”

Miranda — who’d found success with “In the Heights” but had not yet debuted his smash hit “Hamilton” — played Jon in a 2014 revival at New York City Center, a performance that the Times critic Charles Isherwood said “throbs with a sense of bone-deep identification.”

Isherwood pointed out that it hadn’t been long since Miranda was “teaching high school English while scribbling songs on the side,” trying to make it as a musical-theater composer.

How does the film adapt all this?

Twenty years after seeing the Off Broadway revival of “Tick, Tick … Boom!” as a 21-year-old theater major struggling to write “In the Heights,” Miranda directed the new film adaptation, which follows a young composer named Jon in the eight chaotic days leading up to a workshop production of his musical “Superbia.” As in the Off Broadway revival, Larson’s rock monologue has been expanded, this time to a cast of more than a dozen characters. (Bradley Whitford now plays an encouraging Stephen Sondheim.) The film cuts between Jon’s performance of Larson’s original staging of “Tick, Tick … Boom!” and the story as it unfolds in real time.

Miranda has said the show is a combination of Larson’s rock monologue, the 2001 Off Broadway revival, and a cinematic exploration of Larson’s thought process. He used the Library of Congress archives to craft the film’s score entirely using Larson’s music, both from “Tick, Tick … Boom!” and the composer’s larger body of work.

“It was like we were putting together an original musical with Jonathan Larson’s songs,” Miranda told Entertainment Weekly, explaining the process as finding the best way to “unlock” the songs and stories.

Did Larson himself feel the urgency of his work? Sometimes it seems, to quote a “Rent” anthem, that he understood “There was no day but today” to do it.