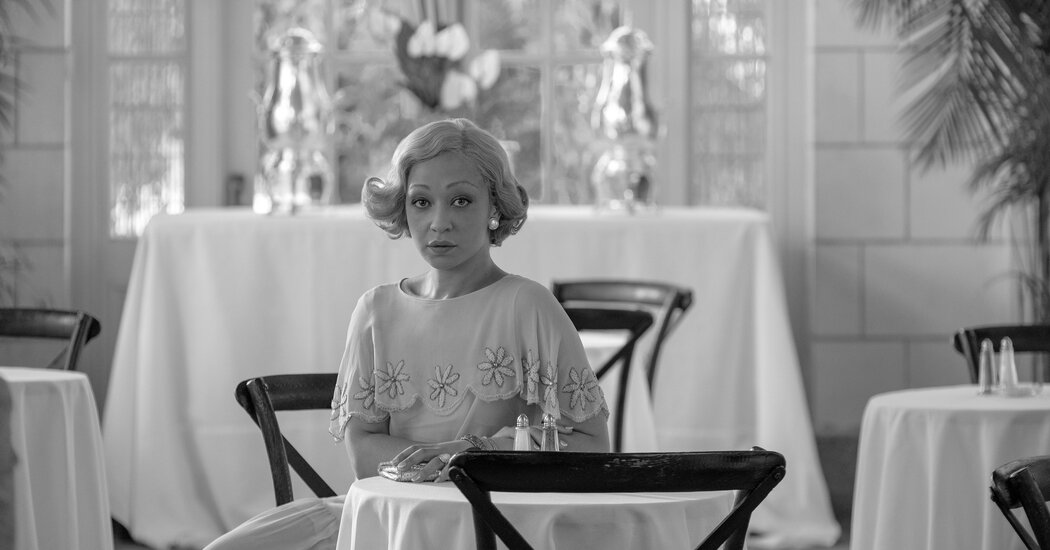 Do not adjust that dial. Over the coming months, whether you’re watching new films on a streaming service or at the multiplex, more than a few of those movies are likely to be in black and white.

Films as varied as “The French Dispatch” and “Being the Ricardos” employ several black-and-white sequences, while “Passing,” “Belfast” and “The Tragedy of Macbeth” are shot almost entirely without color. These are all period movies that use the old-fashioned format to evoke a bygone era, but even “C’mon C’mon,” which takes place in contemporary times and has Joaquin Phoenix as a radio journalist crisscrossing the country with his nephew, was filmed in monochrome.

Is this all a coincidence, or a natural next step after recent black-and-white stunners like “Roma” and “Cold War”? To understand why everyone is going grayscale, we talked to the cinematographers behind three of the season’s most striking black-and-white features.

For his new spin on Shakespeare’s “Macbeth,” the director Joel Coen wanted to strip the play down to its barest essence. The result is a fast and ruthless reimagining leached of all color, shot not in wide-screen but in a claustrophobic 4:3 aspect ratio rarely used since the 1950s.

“It’s meant to bring theatricality, and to lose temporality,” the cinematographer Bruno Delbonnel said. “It’s not about the 1700s, and it’s not about Scotland, either. We’re giving an abstraction, but a very creative one.”

For Delbonnel, the creative limitations of black-and-white proved intoxicating. “I pushed the envelope even more,” Delbonnel said. “I said we shouldn’t have any furniture, and we pushed this very far: There is only one bed and a couple of tables, and there is no practical light.”

All that austerity makes a striking visual impression, but Delbonnel said it was simply in service of the play’s language. The same creative rules applied to the actors Denzel Washington and Frances McDormand, who could tackle their roles as Shakespeare’s most fearsome power couple in the most unadorned fashion.

As Delbonnel put it, “You say, ‘Denzel, this is the room. There is no place to sit because there is no chair. There is no glass, so you can’t drink. There is nothing you can do, so it’s all about your body language and the way you deliver the lines.’”

Still, don’t get the wrong impression: Though this “Macbeth” was made in the spirit of minimalism, Delbonnel often brought in the boldest lights he could muster.

“The whole movie is lit with theater light, like you’d see at a Beyoncé concert, which has very, very hard shadows,” he said. “In color, it would be unbearable, but in black-and-white, it looks amazing.”

While he shot Rebecca Hall’s “Passing,” the cinematographer Eduard Grau was so committed to the film’s monochrome aesthetic that he took all the color off his iPhone, too.

A Fall Guide to TV and Movies

Not sure what to watch next? We can help.

“Even when I was taking photos, they would be in black and white,” Grau said. “You do things like that to see the world without color, to train your brain to forget about that green or pink wall and only look at the level of brightness or darkness.”

Based on the 1929 novel by Nella Larsen, “Passing” is about two light-skinned Black women: Irene (Tessa Thompson), a well-respected but restless doctor’s wife, and Clare (Ruth Negga), her childhood friend who has been passing for white. A chance meeting in a hotel tearoom reunites the two after years spent apart, and Grau chose to flood that initial encounter with a striking amount of white light.

“This is the brightest I’ve ever done a scene in my life,” Grau said. “You don’t see that a lot, especially in dramas, to have such a bright scene without a lot of detail in the whites. It also came from the fact that we didn’t want to clearly show to the audience at first whether our characters were white or Black or mixed race. Everything is so bright that it’s difficult to tell.”

Like “The Tragedy of Macbeth,” “Passing” is filmed not just in black and white but also in a boxy aspect ratio that recalls some of Hollywood’s earliest feature films. (It may also remind the viewer how limited those movies were when it came to race, a thorny topic that the color scheme of “Passing” serves as a meta comment on.)

Grau couldn’t have foreseen similarities with other current films when he made “Passing,” but he said he welcomed this winter’s bounty of black-and-white stories.

“I think it is a coincidence, but this is also about love of film, and they are all true filmmakers,” Grau said. “It’s a strong starting point when a director chooses that, a good indication. Strong, powerful visions from directors make for good movies.”

Over 15 years of shooting movies with the director Kenneth Branagh, the cinematographer Haris Zambarloukos has come to see color as both a blessing and a curse.

“Color is so brilliantly descriptive in film, and even the color of someone’s eyes gives you so much information,” Zambarloukos said. “But I often find that when I’m making films with Ken, we’re trying to remove information for the audience and present them with what we want them to see.”

Their new film, “Belfast,” about a young Irish boy coming of age in the turbulent 1960s, doesn’t eschew color entirely: It’s bookended by two color montages of modern-day Belfast, and whenever our young protagonist, Buddy, goes to the movies, the films he watches come to life in vivid color.

But for the most part, whether Buddy is wooing a girl at school or trying to make sense of the conflict that grips his parents (Jamie Dornan and Caitriona Balfe), “Belfast” is shot in shimmering silvers.

“In this case, I think we’re using a strength of black and white, which is not to tell you how a person or place looks but how they feel,” Zambarloukos said. “It has a transcendental quality to be of the past and the present. It’s realistic, but it has a certain magical sense to it as well.”

Zambarloukos cut his teeth on the format while shooting Branagh’s long-delayed “Death on the Nile” (due in February), which opens with a 10-minute sequence in black and white. But now, after having filmed all those “Belfast” close-ups without color, he admits it will be hard to go back to reds, yellows and blues.

“If I saw the same portrait of a person in color and in black and white, most of the time, I would tell more about that person from black-and-white,” Zambarloukos said. “It doesn’t create anything that isn’t there, but whatever is there is so amplified!”