The Silent Twins review: Letitia Wright stars in this moving and curious true story of twins June and Jennifer 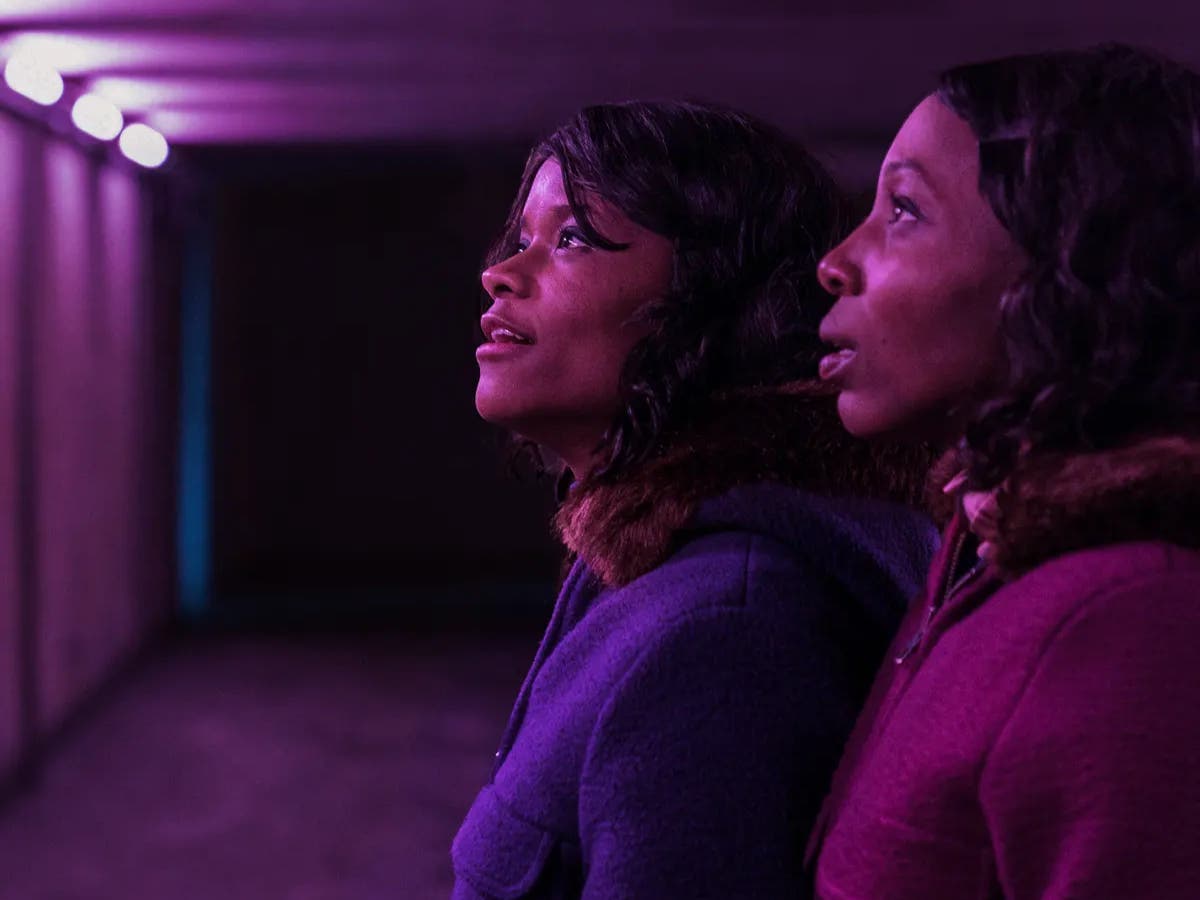 Get our The Life Cinematic email for free

The story of June and Jennifer Gibbons is one of those “strange but true” curiosities. It’s pitched somewhere alongside the Enfield poltergeist and the dancing plague of 1518. The writers – twins born in 1963 – grew up in Haverfordwest, Wales, the daughters of first-generation Barbadian immigrants. From an early age, they refused to speak to anyone but themselves.

There were other ways to communicate with the world – through poems and stories, or when they were older, drugs, sex and acts of petty crime. At 19, they were found guilty of 16 counts of burglary, theft, and arson. The sisters were institutionalised with an indefinite sentence at the infamous Broadmoor psychiatric hospital where they remained for 11 years.

People tend to fixate on the reasons behind the sisters’ selective mutism. But Agnieszka Smoczyńska’s The Silent Twins, in its own impassioned and lyrical way, asks an entirely different question: is their choice really that hard to comprehend? The film was made with June’s blessing (Jennifer died in 1993; Smoczyńska touches on the mystery of her passing), and draws directly from the observations of investigative journalist Marjorie Wallace who reported on the sisters at the time. Leah Mondesir-Simmonds and Eva-Arianna Baxter play June and Jennifer as young girls, while Letitia Wright and Tamara Lawrance take on their older versions. It’s a quartet of performances in total sync, as the actors subtly tease out the ideological differences that the women occasionally clashed over.

Smoczyńska’s film makes a point never to seek a diagnosis or a concrete explanation for their chosen silence. Their idiosyncratic language, a mix of Babardian slang and English spoken at breakneck speed, is never replicated. Instead, The Silent Twins depicts the traumatic environment that contributed to their condition – the racism, the overburdened education system, the neglect, the systemic injustice – but doesn’t strain to analyse it. The film’s lack of contextual detail, to some, may be an unpardonable flaw. But it’s hard not to be moved by how smoothly Smoczyńska drifts away from the biopic elements of Andrea Seigel’s screenplay to instead inhabit the rich, internal world the Gibbons occupied.

Above all, The Silent Twins is a film intent on validating the work of shunned artists. It’s a story about a single artistic soul cleaved in two. Smoczyńska adapts their writings, championed now as crucial examples of self-taught “outsider literature”, into a series of whispered songs and stop-motion animation sequences by Albert Coen and Barbara Rupik.

Concerned adults hover at the sidelines – the journalist, Wallace (Jodhi May), educator Tim Thomas (Michael Smiley), and parents Gloria (Nadine Marshall) and Aubrey (Treva Etienne) – but they might as well be ghosts. The Silent Twins focuses on what the sisters could control in their lives. Creative jealousy festers when June’s literary career takes off (her novel, The Pepsi-Cola Addict, was published in 1982). They pursue romantic intrigue as a potential source of inspiration by breaking into the home of a local American teen (Jack Bandeira) and writing proclamations of love on his cigarettes. Perhaps Smoczyńska does, then, offer a reason for their selective mutism. To them, speech constitutes an act of betrayal. All they have to say lives in their art.