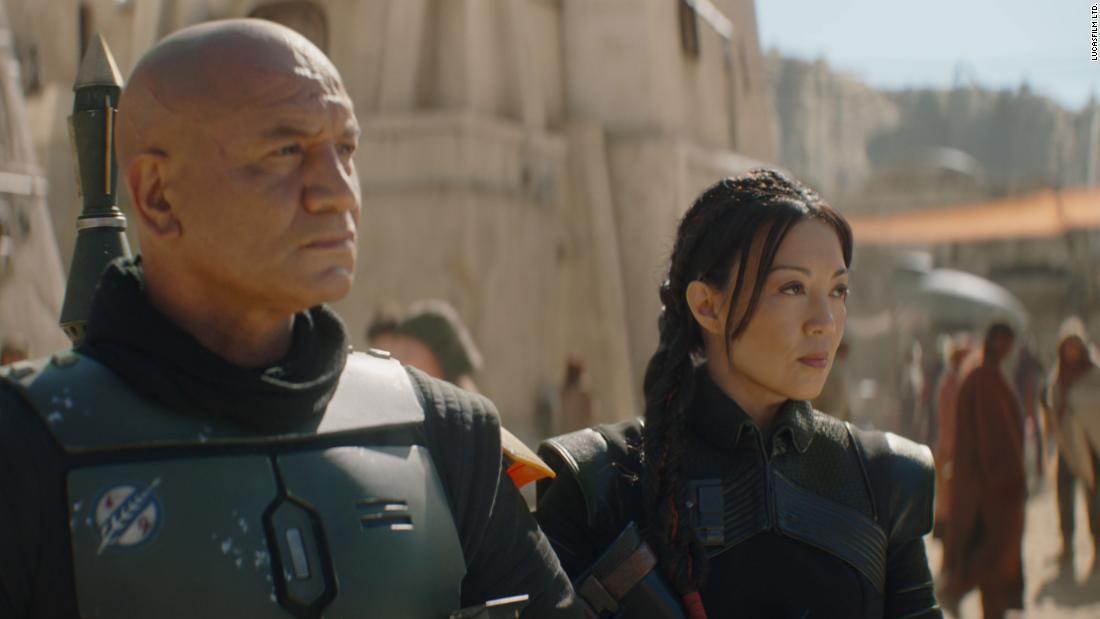 “I am not a bounty hunter,” Boba Fett says in a voiceover.

An unknown voice responds, “I’ve hear otherwise. I know that you sit on the throne of your former employer,” meaning Jabba the Hutt.

“Jabba ruled with fear, I intend to rule with respect,” Boba Fett answers, as he plans to take over his old territory on Tatooine. The territory was once ruled by Jabba the Hutt

The streaming service had teased “The Book of Boba Fett” in a surprise end-credit sequence in the Season 2 finale of “The Mandalorian.”

The series stars Temuera Morrison and Ming-Na Wen and is executive produced by “The Mandalorian” creator Jon Favreau.

Watch the trailer for “The Book of Boba Fett” below.

The series will launch Dec. 29 on Disney+.