Sylvester Stallone visits the Vatican; gets the keys to the castle in a ‘very rare and special moment’ 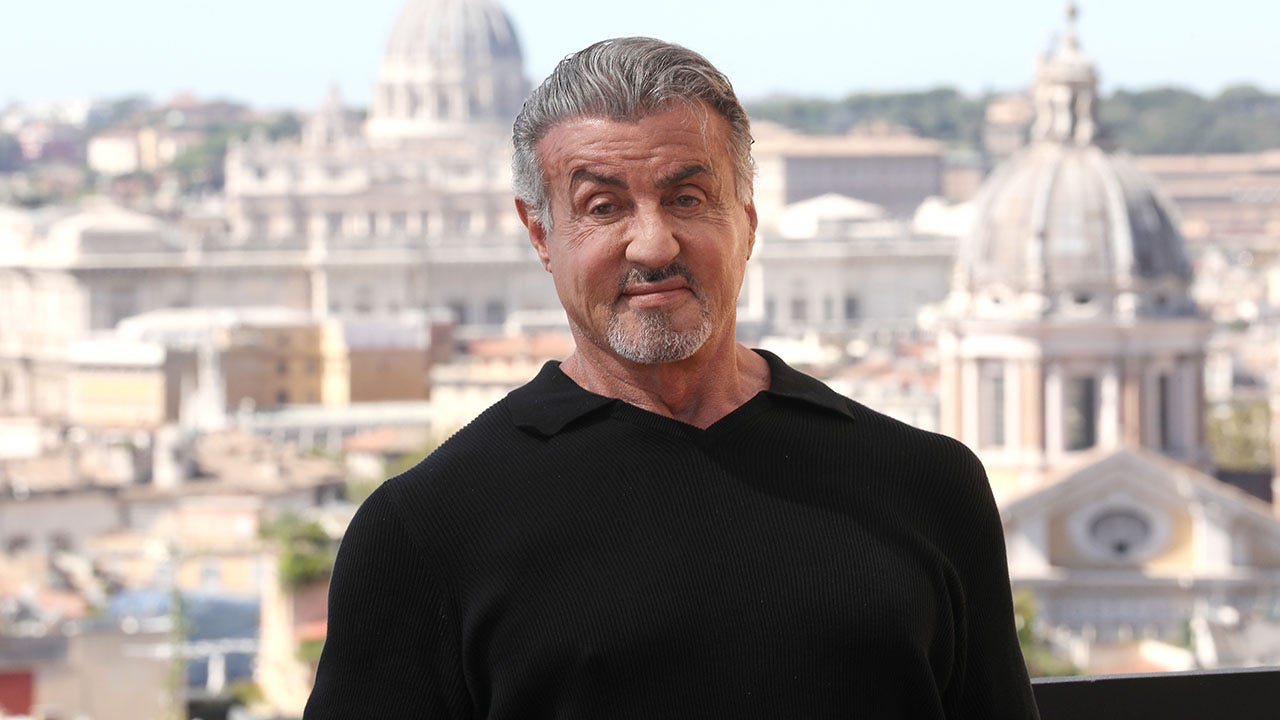 Sylvester Stallone’s recent Italian getaway took an exciting turn when he was handed the keys to the Vatican.

Stallone posted about the experience on Instagram, sharing a picture of him holding five key rings with multiple keys on each, claiming he could now open every door in Vatican City.

“Very rare and special moment. I was allowed to hold the KEYS that open EVERY single door in the entire Vatican City! Including the Sistine Chapel,” he wrote in his Instagram caption. “Of course they wouldn’t let me out of their sight with the KEYS … I don’t blame them!”

He seemed particularly excited about the fact that he held the key to the door leading to the Sistine Chapel, due to the fact that one of his daughters is named Sistine, saying, “so glad we named our beautiful daughter this beautiful name., ‘Sistine.’”

Stallone was in Italy promoting his new show on Paramount +, “Tulsa King,” which will be available to stream on November 15. He was also there to help celebrate the launch of Paramount + in Italy, which launched in the country on September 15.

The show follows a member of the mafia, Dwight “The General” Manfredi, played by Stallone, after he is released from jail and tries to reconnect with his mob family. After getting exiled from New York by his former family, he moves to Tulsa, Oklahoma and begins to set up his own criminal empire.

The “Rocky” star has been in the news recently due to his split from his wife of 25 years, Jennifer Flavin, who filed for divorce in August 2022. Prior to her filing, speculation of their split started swirling when Flavin posted a photo of her with her daughters on Instagram with the caption “These girls are my priority. Nothing else matters. The 4 of us forever.”

Flavin was also spotted without her wedding ring shortly before filing for divorce, further hinting their relationship was not as solid as fans once thought.

Jennifer Flavin and Sylvester Stallone have split up after 25 years of marriage.
(Photo by Jason LaVeris/FilmMagic)

In a statement to Fox News Digital at the time, Stallone said: “I love my family. We are amicably and privately addressing these personal issues.”

In the initial court filings, Flavin accused Stallone of purposefully mishandling the couple’s finances. Although she didn’t go into specifics about how the money was mismanaged, Valentina Shaknes, a partner in the matrimonial law firm Krauss, Shaknes, Tallentire, Messeri LLP said it could be alluding to gambling or giving money to a significant other.

Stallone denies the allegations of mishandling their money.

It appears there is a possibility the two have reconciled since then, as Stallone posted a photo of him and his wife holding hands on his Instagram account, in addition to a throwback family photo which included his wife. He captioned the series of pictures, “wonderful.”

Sylvester Stallone posted a picture with his estranged wife Jennifer Flavin to his Instagram. He captioned the post “Wonderful…” amid their ongoing divorce.
(Michael Tran / AFP)

The cryptic post provided no further information and left fans speculating in the comments section about whether they are back together.