‘Spencer’ Review: Prisoner of the House of Windsor 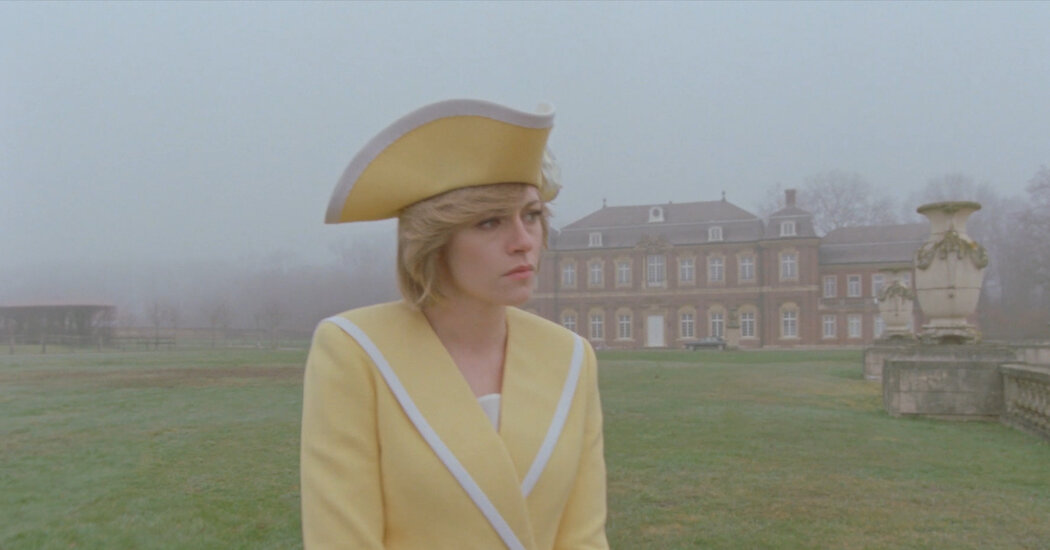 “There have to be two of you,” he says — one for “the people” and one in private. (Like much of Knight’s script, these lines explain things a little too bluntly.) But one of the reasons Diana was called “the people’s princess” was that she seemed always and authentically herself, an idea that Larraín, Knight and Stewart implicitly endorse. She’s devoted to “what’s real,” and describes her tastes and interests, in a flawless aristocratic accent, as “middle class.” Fast food. Musical theater. Driving her European sports car instead of being chauffeured in a Rolls-Royce.

She wants to be herself, and she wants to be free. Larraín, who is Chilean, has made a handful of tough, unsettling films about life in his country under a military dictatorship determined to control the thought and behavior of its subjects. While “Spencer” hardly equates Queen Elizabeth with Pinochet, the power that the crown exerts over Diana can accurately be described as totalitarian.

Five Movies to Watch This Winter

Preparations for Christmas at Sandringham House — a moated mansion near the Norfolk coast — have the character of a military operation. Groceries are delivered by armed soldiers, and the chief of the kitchen “brigade” (Sean Harris) is like a field commander. (He’s also one of the few people in the castle who treats Diana with kindness.) Everything is scheduled down to the minute: sandwiches, meals, hunting parties. Diana is instructed on which outfit she must wear for each activity.

The dresses are tagged “P.O.W.” It stands for “Princess of Wales,” of course. Still, Diana, in the midst of marital combat with Charles (who is having an affair with a briefly glimpsed, never named Camilla Parker-Bowles), is very much a prisoner. She glides through empty corridors and chambers under constant surveillance. Her every notion, whim and word is observed and reported. She is entirely alone, with no real privacy or solitude. Her only comfort is the company of her sons, William (Jack Nielen) and Harry (Freddie Spry).

“Spencer” is, finally, a study in the psychological effects of captivity. Diana, fragile when she arrives at Sandringham — and the subject of much “concern” from the Windsors, spirals toward a breakdown over the next 72 hours. She hallucinates the ghost of Anne Boleyn, pierces the skin on her arm with a wire-cutter and acts out in ways that alarm her children and disgust the prince.

Watching over her with sympathy — though not necessarily on her side — are two members of the royal staff. Major Gregory (Timothy Spall) tries to reason her into compliance, at one point telling a hair-raising story about his military service that is apparently meant to emphasize the importance of duty. Diana’s favorite dresser, Maggie (Sally Hawkins), is a more steadfast ally, a sympathetic ear and then something more.