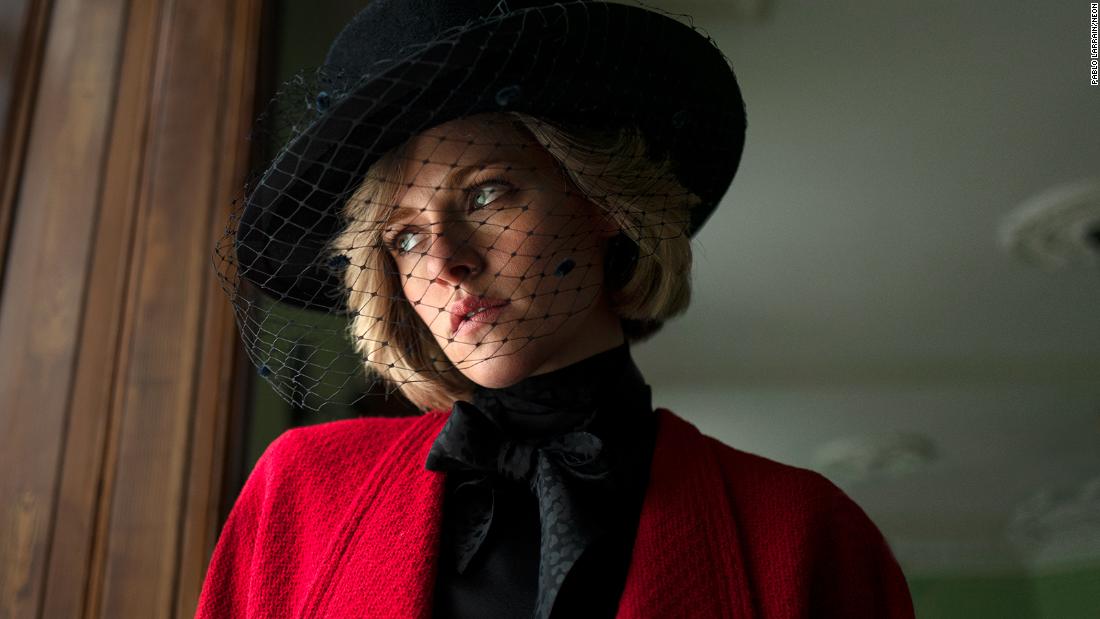 Larrain, notably, offered a similar take on American royalty with “Jackie,” which starred Natalie Portman as Jackie Kennedy. In what is becoming his anthology of famous women facing crises, he has created another strong showcase for the star while crafting a movie that’s a little too precious for its own good.

“Spencer” (Diana’s surname, for any who have forgotten) takes off in speculative ways based on a real moment, when Diana spent Christmas weekend with the Royals at the Queen’s Sandringham Estate as her marriage to Prince Charles (Jack Farthing) was crumbling. Arriving late, she’s alternately depressed and defiant, well aware that all eyes are on her even before being warned that the press is “circling us.”

The dissonant music thus becomes a proxy for what’s going on inside Diana’s head (some of her long walks down the hall bring to mind “The Shining”), as she reads a book about the ill-fated Anne Boleyn and wonders whether she could wind up on the chopping block. She also is dealing with bulimia, to the point where the chef worries about her meals and Charles asks her not to purge them.

Diana’s rebelliousness catches the eye of a starched bureaucrat (Timothy Spall) who is there to keep an eye on her and mitigate potential harm to the family. The most sympathetic presence, meanwhile, is Diana’s dresser (Sally Hawkins), who doesn’t bat an eye when Diana tells her an outfit “doesn’t fit my mood,” and assesses her position vis-à-vis the Royal Family by saying, “They can’t change. You have to change.”

Ultimately, “Spencer” seeks to be an ennobling account of Diana’s ordeal, capturing her at a moment of profound unhappiness, where she appears to face a stark choice between breaking down or breaking free.

Yet while Stewart puts her stamp on the character, the license that comes from labeling this a fable makes the movie play less like an attempt to get to the truth behind that turmoil than an indulgence with the misfortune of following an entire season devoted to it on “The Crown,” and less successfully the Netflix presentation “Diana: The Musical.”

Obviously, the enduring fascination with the Royals and those uneasily wearing crowns in general, and Diana in particular, makes this fertile territory — the circling never stopped — but once you get past how Stewart captures Diana’s look and spirit, there’s not much more to see or learn.

In the same way the carefully orchestrated pictures and magazine covers created a veneer that often belied Diana’s reality, “Spencer” is a case where the coming attractions essentially contain everything you need to know about the movie.