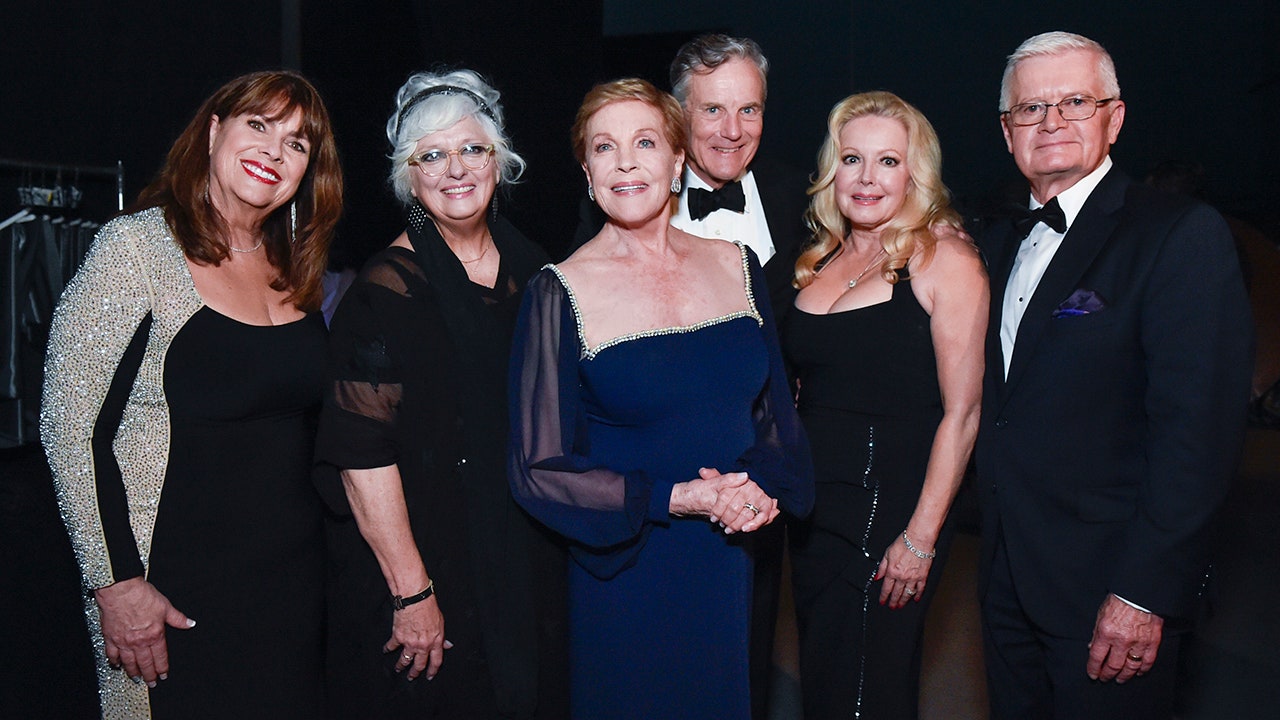 Julie Andrews has never said “so long, farewell” to her “Sound of Music” family.

On Wednesday, the actress appeared on the “Today Show,” where she discussed her close bond with the remaining cast of the 1965 film.

“We do keep in touch, but not on a really regular basis,” Andrews explained. “I mean, Christmases, maybe birthdays and certainly get-togethers, but we just bonded so hard that I think we’re family anyway.”

The recent reunion was bittersweet for the star. Christopher Plummer, who played Capt. Georg von Trapp, her love interest in the film, died last year at age 91.

“We were friends for years,” said Andrews, adding that she “adored” him tremendously.

“It really was the most beautifully crafted movie,” she said. “I mean, the details in the movie, first of all, the scenery, children, song, music – all of it.”

The classic musical tells the story of the real-life von Trapp family, which escaped the Nazis in Austria. It went on to win the Oscar for best picture. Andrews received an Academy Award nomination for her role as Maria, a woman who is sent by her convent in 1930s Austria to become a governess to the seven children of a widowed naval officer.

The reunion wasn’t a complete one. In addition to Plummer’s passing, Charmian Carr, who played Liesl, died at age 73 from a rare form of dementia in 2016. Her on-screen sister, Heather Menzies-Urich, who played Louisa, died at age 68 after she was diagnosed with cancer in 2017.

In 2018, Cartwright spoke to Fox News Digital about what it was like working with Andrews in “The Sound of Music.”

“I loved her,” the 69-year-old said at the time. “We all did. You can kind of tell in the movie. We totally enjoyed her. She embraced us right from the very beginning. She sang to us in between takes, and we would dance. She just did ‘Mary Poppins’ so she would sing all these songs from that film. I mean, you can really tell that we adored her. She’s such a talent. She has such an amazing voice, and it really was a great experience.”

She also noted that the cast shares a close bond today.

CHRISTOPHER PLUMMER REMEMBERED BY ‘SOUND OF MUSIC’ CO-STAR JULIE ANDREWS: ‘I HAVE LOST A CHERISHED FRIEND’

“It’s fascinating because sometimes you make a movie, and you don’t really see each other anymore or stay in touch,” Cartwright explained. “But we’ve all stayed in touch. We’ve certainly gotten together for celebrations and reunions. Whenever we lose a cast member, it always feels like we lost a family member. We all know what’s going on in each other’s lives and we’ve continued to do that during the 50-plus years [since filming].”