She gave up everything to start beauty brand Tatcha. What happens after it’s sold? 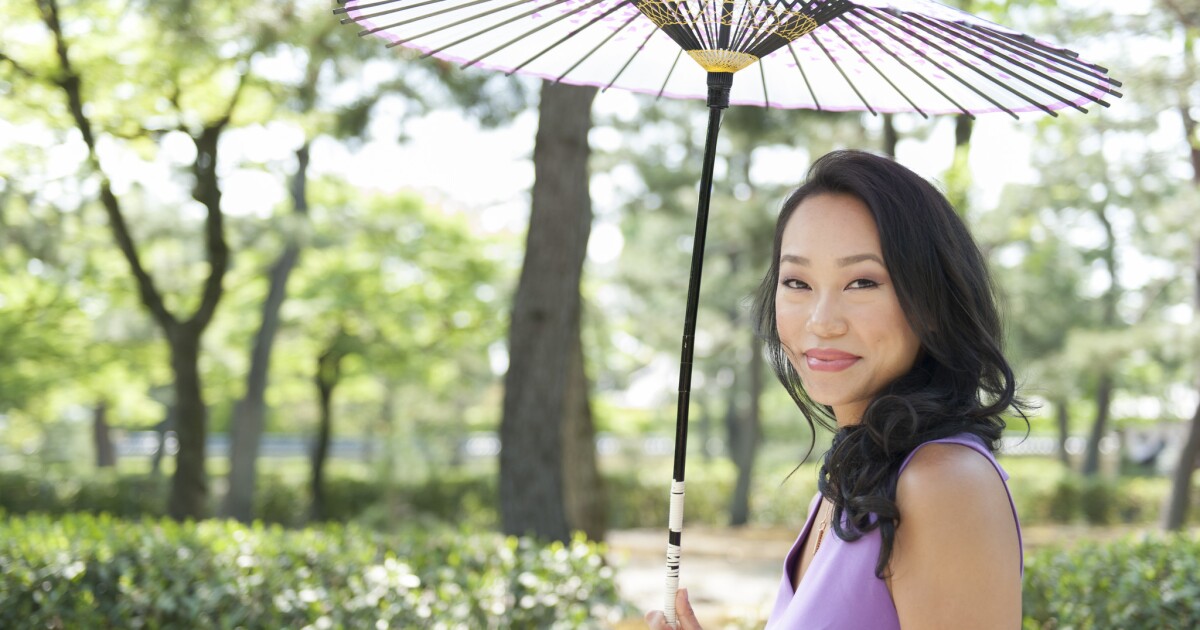 Although the sale might worry some devotees, the brand’s founder, Vicky Tsai, has said her goal is to make sure her multimillion-dollar beauty company’s future is a lasting one — and to grow worldwide.

5:30 p.m. July 9, 2019An earlier version of this story incorrectly described Tatcha’s charity funding level of Room to Read. A day of education is partially funded by the sale of each product, not wholly funded on a one-for-one basis.

“When creating Tatcha, our dream was to make a brand that would live for at least 100 years,” she said in an announcement about the sale. “That dream can come true in our new home with Unilever. We are overjoyed to have found a parent to grow globally with and to have a purpose-driven partner to ensure we can have a positive impact in our communities as we grow.”

Announced June 10, the deal isn’t expected to close until the third quarter. Tatcha is the latest high-end niche brand to be acquired by Unilever. According to Coresight Research, Unilever has spent about $2.26 billion to build its prestige beauty portfolio with six acquisitions: Dermalogica, Murad, Ren, Kate Somerville, Living Proof and Hourglass. With the exception of Ren and Living Proof, Tatcha and the four other brands are based in California. (Terms of the Tatcha deal weren’t disclosed, but news reports say Unilever might pay as much as $500 million for the brand.)

Sonia Lee — a grooming and makeup artist who’s used Tatcha on celebrities such as Leonardo DiCaprio, Neil Patrick Harris, Taron Egerton and AnnaSophia Robb — says she believes Tatcha will continue maintaining its high standards. Based on her experience with Unilever’s other prestige beauty brands, she said, “They still go strong with beautiful packages, and the quality is still good.” With Unilever’s funding, her hope is that “more people will know about” Tatcha, she said.

But what does the immediate future look like for Tatcha, the 10-year-old clean beauty label that makeup artists, Hollywood and social media influencers have become smitten with?

For now, everything appears to be on steady ground. Tsai is expected to stay with Tatcha. Through a spokesman, she told The Times that the beauty brand would continue its purity promise and maintain the use of high-quality ingredients under Unilever. (Tsai declined to speak further, citing the impending sale.)

Those key ingredients appear to be what made fans out of celebrities including “The Handmaid’s Tale” star Elisabeth Moss as well as “Crazy Rich Asians” stars Gemma Chan and Michelle Yeoh.

Back when Meghan Markle, now duchess of Sussex, was an actress moonlighting as a lifestyle blogger, she raved about Tatcha’s creams blended with soothing indigo from Japan. Dancer-turned-actress Maddie Ziegler also fell for the beauty brand. In one of Tatcha’s Instagram posts from last year, Ziegler’s crystalline eyes appear to pop underneath a purple Tatcha mask infused with Japanese beautyberry.

In how-to videos watched by legions of her followers, Kim Kardashian West has touted the crucial role Tatcha’s mist-containing ginseng plays in blending the contour cream on her face. Then there are Ethan and Grayson Dolan, the 19-year-old twins who’ve captivated more than 44 million followers on social media with their good looks and zany videos. The two have texted their facialist, Yolanda “Yoliglo” Mata, with pleas to replenish their water-rich moisturizer from Tatcha mixed with 23-karat gold, green tea, rice and sea algae. “They’re obsessed,” Mata said.

When the sale is finalized, however, Tatcha will join a growing list of beauty and skin-care labels that have gone from specialty or niche to the mainstream. The list includes Walker & Co. Brands, maker of Bevel, a heralded start-up selling shaving and skin-care products for men of color, and Form beauty products. It was sold to consumer goods giant Procter & Gamble last year.

In May, Edgewell Personal Care Co., owner of Schick and Wilkinson Sword razor brands, announced it was acquiring Harry’s, the maker of shaving and grooming goods, in a stock-and-cash deal valued at $1.37 billion. And in 2016, Dollar Shave Club of Marina del Rey was sold to Unilever for a reported $1 billion.

In the case of Tatcha, the brand was launched in 2009 by Tsai, a Missouri-born Taiwanese American who holds an MBA from Harvard Business School. Tsai started the company because she had skin problems in her 20s. She suffered from acute dermatitis that marred her entire face with blisters and rashes.

“The only thing I could use on my face was Aquaphor,” Tsai, now 40, said this spring before the acquisition announcement. “It certainly left my face greasy.”

On a trip to Japan, Tsai discovered petal-thin papers that were byproducts of gold-leaf manufacturing — and secret tools used by geisha to blot oil off their porcelain-like skin. Ever the entrepreneur, she sold her engagement ring, car and some furniture to buy 10,000 blotting papers, the first products offered by Tatcha.

Priced at $12 for a pack of 30, the square sheathes are prized by comedian Rebel Wilson. She now requests that all her film sets are stocked with them, said Matthew VanLeeuwen, an L.A. makeup artist who works with the actress.

“She won’t leave home without her Tatcha papers,” he said, adding that clients such as Salma Hayek Pinault and Catherine Zeta-Jones polish their faces with rice powder, which has been used by geisha for centuries, before VanLeeuwen adds a speck of color.

“They go crazy for it,” he said. “It gives a softness to their skin.”

After buying geisha-approved products from a Japanese apothecary to heal her ravaged skin, Tsai discovered a book published in 1813 that recorded traditional Japanese skin-care and beauty techniques.

As the brand’s founder, Tsai also made a purity promise to avoid parabens, synthetic fragrances, mineral oil and other ingredients in Tatcha products that could irritate a person’s skin.

Despite being a clean line, the now-cult beauty brand didn’t gain an instant following when it was introduced. At the time, the beauty brand was “the opposite of cool,” Tsai said. “The only people who understood it and got it from the beginning were aestheticians and makeup artists.”

That made sense, she said, adding that “because we are inspired by the classic Japanese ritual, which was perfected by geisha, we think we are the skin care born from the original makeup artists.”

An early convert was Daniel Martin, the Brooklyn makeup artist who has used Tatcha products on Moss, Chan and Yeoh.

In 2014, he collaborated with Tsai to create a custom red lipstick combining pure silk powder and intense pigments for Chloe Sevigny to wear to the Metropolitan Museum of Art’s Met Gala in New York that year. Introduced in Tatcha’s portfolio as Kyoto Red a year later, the $55 tube has remained a bestseller.

One factor in Tatcha’s appeal is that Tsai “really understands the modern woman,” Martin said. “Because there are so many makeup brands and so many skin-care brands, you really need a point of view to stand out. Tatcha has been so transparent in their ethos and their ingredients and Vicky’s story. In a domain that is heavy with fast drops and turning out product, she’s very much about innovation.”

Investors ended up liking Tatcha too. In 2017, the company received a minority investment from private equity firm Castanea Partners. Janet Gurwitch, Castanea’s operating partner and the founder and former chief executive of cosmetics brand Laura Mercier, joined Tatcha’s board as part of the deal.

One of Tatcha’s newest releases is Satin Skin Mist, a spray that disperses Okinawan clay and silk powder through water enriched with Japanese wild rose to leave a subtle matte finish on the skin. “The powder mist I love, especially for someone with oily skin,” Martin said.

Priced at $48, the 40-milliliter spray became available at sephora.com and tatcha.com in May. It’s designed to complement Luminous Dewy Skin Mist (also $48 for 40 milliliters), a staple in Kardashian West’s personal beauty kit.

Tsai traces a lineage directly from geisha to social media stars. “Instagrammers are no different from actresses or models or stage performers,” Tsai said. “And a geisha is a stage performer. Their face is their worth, and they put it through a lot between long hours and makeup.”

To connect with influencers over the years, Tsai has hosted parties in L.A., where Patrick Starrr, Dytto and other guests have tried out Tatcha’s newest creations and enjoyed party favors such as aura photographs and gold tattoos. She also has sold some Tatcha products on QVC to reach a broader audience.

The more products Tatcha sells, the more it can help San Francisco educational charity Room to Read. Sales support education for girls in Southeast Asia and Africa, and Tsai said that, as of this month, Tatcha will have funded the equivalent of 3 million days’ worth of schooling.

It’s apt that Tsai has derived the name for her company from the Japanese word tachibana, which means “standing flower.”

Mata attests to that. Although skin-care companies have bombarded her with products to try, the celebrity facialist said, “I always go back to Tatcha.”