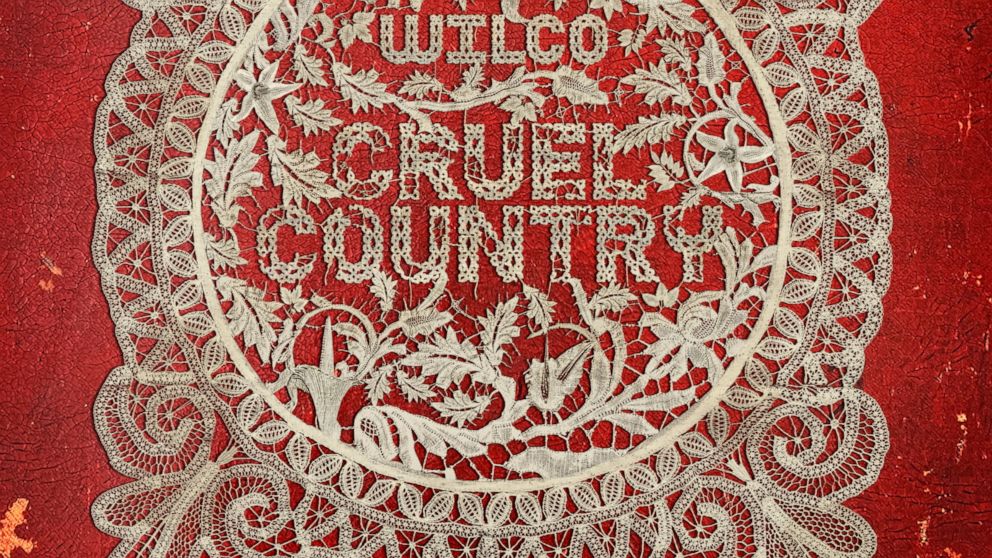 Wilco goes country as only it can on “Cruel Country,” an immensely rich 21-track, roughly 80-minute deep dive into America that is a raw and engaging take on our tumultuous times.

For longtime fans of Wilco, “Cruel Country” feels in some ways like an extension of the rock band’s “Mermaid Avenue” collection with Billy Bragg that were based on lyrics of Woody Guthrie. But “Cruel Country,” a reference more to the subject matter than the musical style, is very much Wilco’s take on America as it currently exists.

“I love my country stupid and cruel/red, white and blue,” lead singer and songwriter Jeff Tweedy sings on the title track.

While death hangs heavy over “Cruel Country,” the record offers solace in music and community.

“All you have to do is sing in the choir with me,” Tweedy sings in as much an invitation as an aspiration.

It’s fitting that the tracks were recorded live by the band playing together at Wilco’s loft in Chicago, with minimal overdubs. That gives “Cruel Country” a raw, real feel that’s befitting the songs. Tweedy described the method as “messy. Like democracy.”

“I found a song upside-down,” Tweedy sings. “A country song/Without a doubt/Dying sky and water/Rainbow/Flickering out.”

The record comes on the heels of Wilco celebrating the 20th anniversary of its most revered record, “Yankee Hotel Foxtrot.” While the band looked back to celebrate that milestone, it’s maybe no accident that it quickly followed up its anniversary shows with a completely different-sounding genre-bending record.

As Tweedy writes in the liner notes, “Cruel Country” is an attempt to “challenge our affections for things that are flawed.”

“Cruel Country” isn’t all cruel and it isn’t all country music, either. But it’s likely to stand the test of time and still be talked about 20 years from now.