Red Notice review: Action caper is built for the Netflix algorithm and nothing more 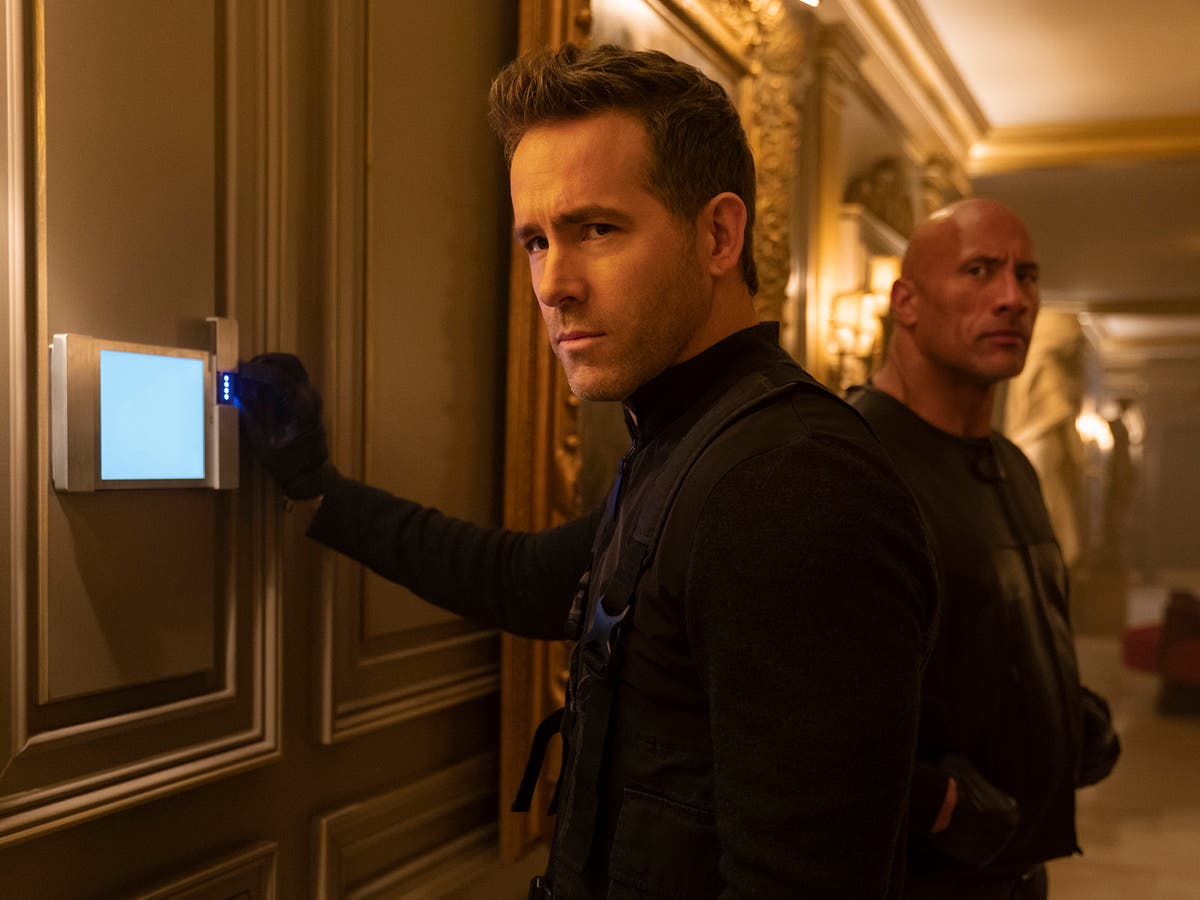 For a streaming service so faithfully married to its algorithm, it’s surprising just how often Netflix is willing to take a risk. It put up the $160m budget for Martin Scorsese’s passion project, The Irishman. It helped make Jeymes Samuel’s debut, The Harder They Fall, a splashy and starry affair. It put out The Old Guard, a mainstream comic-book adaptation that actually had the guts to put an LGBT+ love story front and centre. For all the divisiveness around the streaming vs theatrical debate, one thing Netflix has proven is that freedom from the pressure of box office receipts can also mean freedom from creative restrictions.

But then where does Red Notice fit into all of this? This action caper is less a film than a collection of buzzwords. It features three bankable stars – Dwayne Johnson, Gal Gadot, and Ryan Reynolds – conducting a series of globe-spanning art heists. Johnson gets to play the roguish cop (well, technically an FBI profiler with an unprecedented access to guns). Reynolds cracks glib joke after joke. Gadot swans about in silk, leather, and feathers, before showing the boys how it’s really done. Is there any appeal here beyond that? Don’t count on it.

In fairness, Red Notice actually originated at Universal, before the studio got cold feet over the concept of selling an original property on star power alone (it’s the age where franchises matter much more than people, after all), and sold the project to Netflix. The whole thing ended up costing the streaming service around $200m, though it’s a mystery where most of that money ended up – it’s certainly not on screen.

Nothing about writer-director Rawson Marshall Thurber’s story makes a lick of sense. Nor does it have the outright absurdity of his earlier comedies, such as Dodgeball or Central Intelligence. Reynolds plays Nolan Booth, the world’s most prolific art thief, who’s just swiped one of Cleopatra’s three gold-encrusted eggs, gifted to her by Mark Antony. The eggs in question not only look suspiciously like the Fabergé creations of the Russian imperial family, but brand-spanking new and shiny – no one ever seems to question their provenanc, though. Booth is intercepted by Johnson’s John Hartley. Both Booth and Hartley are then intercepted by the former’s rival in the criminal sphere, Sarah Black, aka “The Bishop” (Gadot).

There are double-crosses, triple-crosses, quadruple-crosses. It matters less and less who’s on what side with each new twist. Each set piece, whether it’s borrowing from Bond, Ocean’s Eleven, or Indiana Jones, feels uglier and more CGI-laden than the last. And none of it is improved by having Reynolds consistently point out how familiar their circumstances are. “Look for a box that says ‘MacGuffin’,” he says, referencing the old name for a plot device like the Maltese Falcon or the Ark of the Covenant.

All of this could be easily forgiven if the chemistry between these three leads sparkled and crackled like we’ve been promised. But it doesn’t. They all seem stuck, malfunctioning in the same smug, smirking mode – looking at each other, sure, but really looking past each other and to the audience to ask, “This is what you like, yes?” None of Reynolds’s usual Deadpool-ian quips land, the bromance between him and Johnson feels forced, and all three of them can’t seem to shut up about their unresolved daddy issues. So, what did Netflix really get for their money? Well, at least there’s a scene where Gadot hops on her Netflix account and watches The Great British Bake Off.