Paul Newman Will Tell His Own Story, 14 Years After His Death 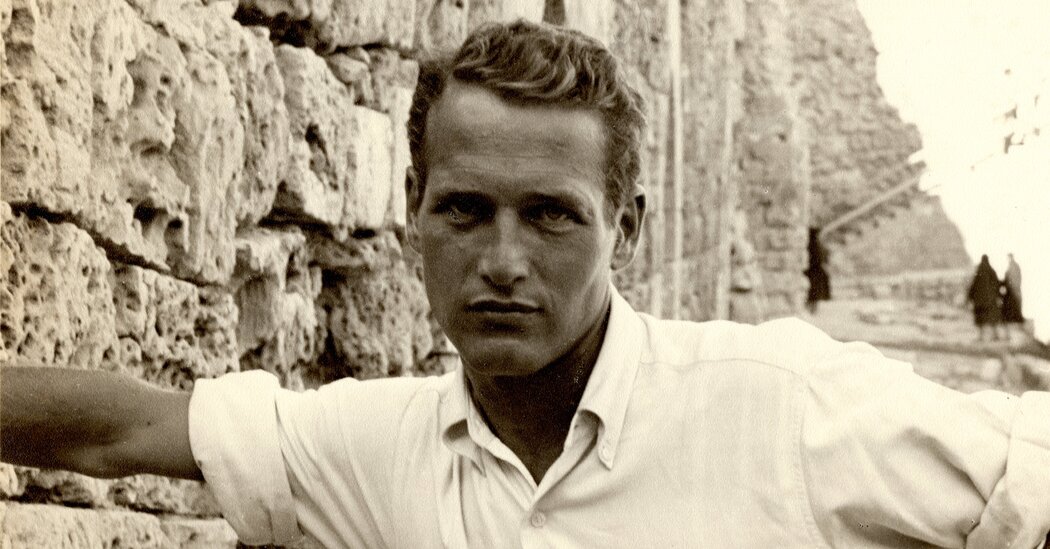 Decades ago, the actor and philanthropist Paul Newman, frustrated by all the unauthorized biographies and coverage of his life, recorded his own oral history, leaving behind transcripts that for years were forgotten in the basement laundry room of his house in Connecticut.

Now his family has decided to turn those transcripts into a memoir, which will be published by Knopf next fall.

“What he recorded, and in essence what he wrote, was so honest and revealing,” said Peter Gethers, an editor-at-large at Knopf who will edit the book, which does not yet have a title. “It showed this extraordinary arc, a guy who was very, very flawed at the beginning of his life and as a young man, but who, as he got older, turned into the Paul Newman we want him to be.”

The book began more than 30 years ago as an oral history project put together by one of Newman’s closest friends, the screenwriter Stewart Stern. Stern, whose 1968 film “Rachel, Rachel” was directed by Newman and starred his wife, Joanne Woodward, spent several years interviewing people from all corners of Newman’s life, including his children, his ex-wife Jacqueline Witte, close friends, and actors and directors who worked with him. This produced thousands of pages of transcripts and convinced Newman he should do his own version. Stern peppered him with questions, Gethers said, and they created recordings that are a mix of interview and Newman speaking without prompts.

Want to keep up with the latest and greatest in books? This is a good place to start.

The recordings, completed about 10 years before his death, describe Newman’s early life, including his difficult relationship with his parents, as well as his troubles with drinking, his shortcomings as a husband in his first marriage, and his flaws as a parent. It is candid about his sorrow when his son, Scott, died of a drug and alcohol overdose at 28.

The book also delves into Newman’s insecurity in his younger years, exploring his jealousy of peers like James Dean and Marlon Brando when they were all working in Hollywood.

“He said that his mother did not so much think of him as flesh and blood, but as a decoration,” Gethers said. “He says that if he was not a pretty child, she never would have paid attention to him at all. It’s a devastating thing to read, and clearly forms so much of his life and his insecurity about being an actor.”

The memoir will also cover his marriage to Woodward, which Gethers called “remarkably loving, affectionate and sexy,” as well as his acting career and racecar driving.

The book was purchased at auction this spring, Gethers said. It will be about 80 percent memoir, with the remaining part based on the recordings Stern made with people close to Newman. It will also include previously unreleased family photographs.

The transcripts were given to Knopf, which was then charged with turning it into a book. (After the publisher bought it, more transcripts were found in a storage unit in Connecticut, in a banker’s box marked “PLN / HISTORY,” Gethers said.) Stern died in 2015, so Newman’s daughters are participating in the editing process, in essence as an author would, approving changes and drafts.

Gethers himself is the author of 13 books and several screenplays, and has produced movies and television shows. He said that while wooing the Newman family during the bidding process, he told them that his father, a TV writer and producer, wrote one of Newman’s earliest starring roles in 1956 on a show called “Rag Jungle.” Gethers also mentioned that he had two cats named for Newman roles: Harper and Hud.

‘Demand Is Robust.’ Fireworks Come Roaring Back This Summer.