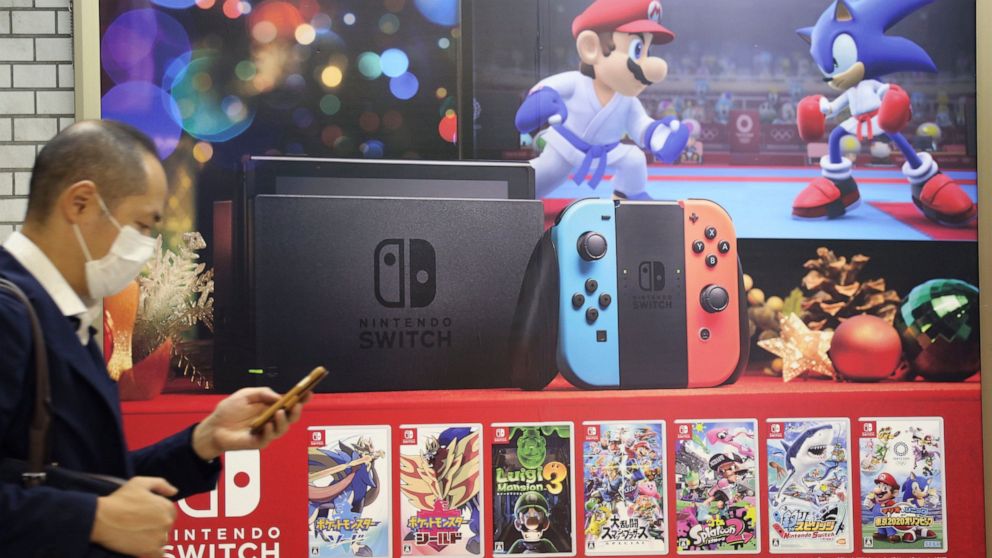 TOKYO — Japanese video game maker Nintendo’s profit dropped 19% in the first half of its fiscal year from the previous year, when it received a big lift as people stuck at home by the coronavirus pandemic turned to its products.

Kyoto-based Nintendo Co. reported Thursday a 171.8 billion yen ($1.5 billion) profit for the April-September period, down from 213 billion yen in the same period the previous year.

Fiscal half sales slipped 19% to 624 billion yen ($5.5 billion). It did not break down quarterly numbers.

Nintendo, which is behind the Super Mario and Pokemon games, was among the global companies that received a boost from the pandemic by providing at-home entertainment.

That’s why Nintendo enjoyed strong sales of its game “Animal Crossing: New Horizons” in the April-September period the previous year. That momentum was hard to maintain into this year, although the game was so popular that it also boosted sales of the Nintendo Switch machines.

But a shortage of computer chips caused by the pandemic is hurting production of those machines. Nintendo lowered its forecast for Switch hardware sales for the second fiscal half by 1.5 million units to 24 million.

The year-end holidays are critical for Nintendo’s sales. So far, Nintendo has sold nearly 9.3 million Switch machines worldwide, including the Switch Lite version.

Nintendo said it’s banking on its collaboration with U.S. software company Niantic to develop a new application for smart devices called “Pikmin Bloom,” which has been gradually distributed since last month.

“We will focus our efforts on encouraging more consumers to continue to enjoy playing this application along with the others that we have previously released,” Nintendo said in a statement.

Nintendo expects a profit of 350 billion yen ($3 billion) for the full fiscal year through March 2022, down 27% from the previous fiscal year.